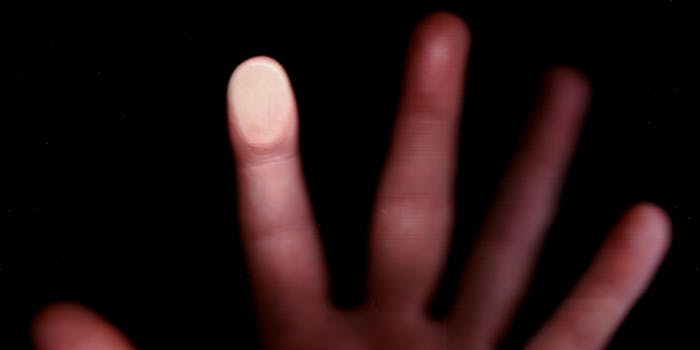 Will Apple’s new iPhone turn your fingerprints over to the NSA?

Apple picked an interesting time to add a fingerprint scanner to the iPhone.

Though the new iPhone 5S has a built-in fingerprint scanner, don’t bet on the U.S. government getting access to your prints through the device.

At least  that’s the company line from Apple after it unveiled its latest smartphones Tuesday.

Following rumors the latest model would feature a fingerprint security measure, many raised concerns Apple could ship the biometric data over to the U.S. government. The company was a reported partner in the National Security Agency‘s (NSA) surveillance programs, including PRISM, and confirmed it hands over user data when mandated by the government.

Those concerns might have been compounded when Apple confirmed the fingerprint scanner in the iPhone 5S at its media event Tuesday morning, but Apple’s senior vice president of worldwide marketing, Phil Schiller, was quick to preempt any questions about NSA data sharing.

He claimed the fingerprint data would be encrypted and stored locally on each phone’s processor. “It never goes up to iCloud, never touches Apple’s servers,” he said, according to Ars Technica.

That might come as scant comfort after a report this week that the NSA is capable of accessing data on iPhones, even without the information necessarily going to Apple’s servers first. Meanwhile, reports last week suggested the NSA works with several technology firms to beat encryption.

The agency also referred to iPhone owners as “zombies” in internal documents, deriding them as willingly handing over information about their lives.

Meanwhile, tech reporters couldn’t resist joking that Apple left out a vital detail of how the fingerprint scanner works: