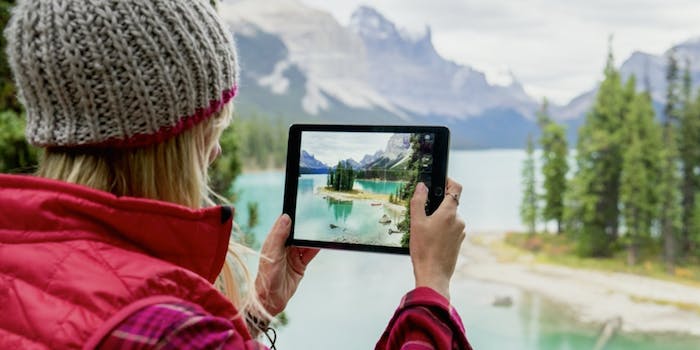 It’s that time of year once again. Following last month’s event that brought us the iPhone 6,  Apple has come back today to reveal the next generation of its iPad line. The iPad Air 2 and iPad mini 3 are here, with a redesigned case and a slate of new features.

Apple has made the iPad Air 2 lighter and more powerful, shrinking the tablet under 1 pound, while adding a more robust processor, all packed into the world’s thinnest tablet body at 6.1mm thick.

The iPad Air 2 comes with Apple’s new A8X processor, a more powerful and efficient chip that will make apps and app switching work even better. CPU performance in the iPad Air 2 is 40 percent better than last year’s edition. The iPad mini 3 is stuck with last year’s A7 chip, as Apple decided not to improve the processor or graphics.

Apple has also included faster Wi-Fi and LTE, with 802.11ac and over 20 LTE bands pushing speeds up to 150mbps in the new iPads.

You can now take panorama photos, slow motion videos, and use time lapse and burst mode with both iPads. Apple has also included a new FaceTime camera that lets in 81 percent more light for better selfies. (If you’re willing to take a selfie with an iPad, that is.)

Touch ID has finally made its way to the iPad line, with both the iPad Air 2 and iPad mini 3 getting the fingerprint treatment. Unlocking your iPad, and securing apps on the device, will be significantly easier.

Touch ID is also the driving force behind Apple Pay, which makes its way to both of the iPads. Though the new iPads don’t have the NFC chip that allows the iPhone 6 to use Apple Pay in stores, the iPad Air 2 and iPad mini 3 will let you use Apple Pay to order items online and in apps.