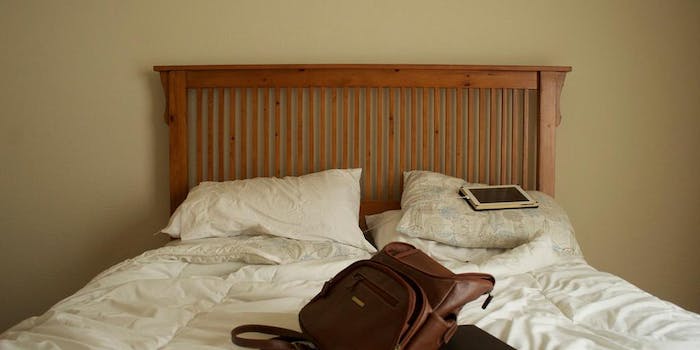 Apple says no to the affirmative consent in the App Store

True to form, Apple has silently snuffed out yet another idea causing a stir in the App Store. As Slate reported, the affirmative consent app Good2Go is no longer available in the App Store. The app’s creators have opted to pull it from Android’s Google Play app marketplace following Apple’s decision.

Good2Go’s creators were informed that the app failed to comply with one of the broadest, vaguest sections of Apple’s App Store review guidelines.

During its brief tenure, Good2Go stirred up more than a few controversies. Critics widely maligned the app for its impracticality, because, of course, inconvenience is a fate worse than rape. A more on-point criticism focused on the data Good2Go collected, including the names and phone numbers of the folks a user slept with (or didn’t). The app may not have offered a particularly refined vision of technology’s role in the realm of consent, but it certainly opened a dialogue around that intersection.

Apple is notoriously tight-lipped about its ever-shifting, often subjectively enforced policies for the apps in its marketplace, but it’s possible that the company had qualms with the database of consent history that Good2Go compiled. That an archive of timestamped consent data might have deep legal implications isn’t a stretch. The company tells us that it was invited to remix Good2Go as an “educational app,” which would require removing any database information.

While relaunching the app altogether might take time, Good2Go’s creators aren’t wholly deterred. They plan to relaunch after crowdsourcing ideas in an online community where they’ll encourage more conversation around the issues that Good2Go broached.

“We absolutely believe there is a space for technology that facilitates affirmative consent and believe that the very broad reaction to the app’s launch is indicative that a broader conversation about consent and sexual assault on campus is needed,” the company told us.

“Sandton Technologies and everyone associated with Good2Go is working on this project because they believe passionately that sexual assault on campuses is a pandemic and that, as President Obama and many others have said, ‘it’s on us’ to fix the problem.”