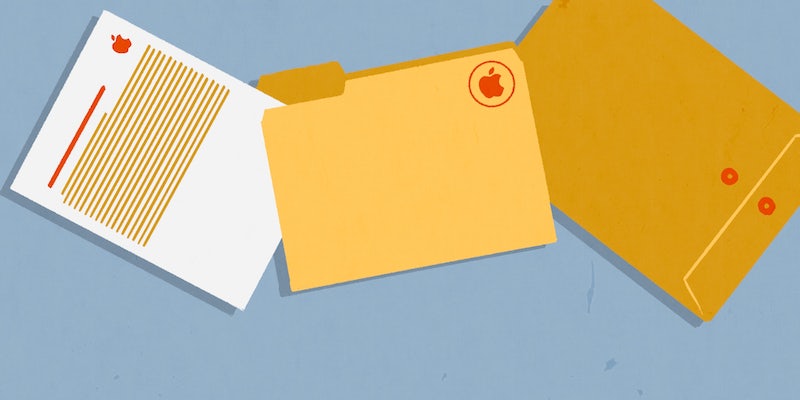 Apple's filing is intended to prompt a review of the initial order by another judge.

Apple on Tuesday night formally objected to a court order requiring it to write special software to help the FBI unlock the phone of a dead terrorist.

The Federal Bureau of Investigation has requested that Apple write a custom operating system that will allow it to gain access to the locked work iPhone of San Bernardino shooter Syed Rizwan Farook.

The Cupertino-based company had already filed a motion to vacate the order on Feb. 25, a week after CEO Tim Cook promised to fight the ruling in an open letter, but it supplemented its motion with the appeal on Tuesday night.

Under federal rules for civil and criminal procedures, because Apple has formally objected to Pym’s ruling, a judge on the U.S. District Court for the Central District of California is now required to reconsider the order.

Review by a district court judge—who ranks one step above a magistrate—is the first of several steps that Apple can pursue to get the ruling thrown out. The company can appeal an adverse ruling by that judge to the full district court, to a three-member panel of the U.S. Court of Appeals for the Ninth Circuit, to the full appeals court, and finally to the Supreme Court.

The Supreme Court rarely takes cases that do not either present novel constitutional questions or result from disagreements among federal appeals courts (known as a “circuit split”).

There are signs that such a split could emerge. On Monday, a magistrate judge in New York rejected the government’s request for a similar order, although the technical assistance requested of Apple was substantially different. Apple submitted that ruling as a supplemental document after formally objecting in the San Bernardino case.

Apple’s fight with the FBI is part of a broader battle about the responsibilities of tech companies to help government investigators access encrypted data. Some senior officials, including FBI Director James Comey, want companies to design their encryption so that they can bypass it if investigators bring them a warrant. Silicon Valley firms, technologists, and privacy advocates strenuously object to that idea, warning that so-called “backdoors” in encryption would weaken security while merely pushing bad actors onto foreign platforms.