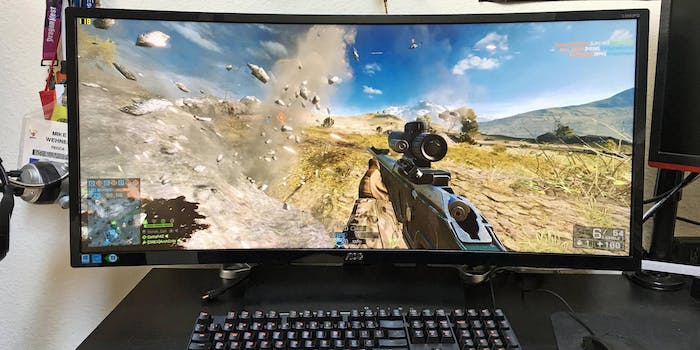 Ahead of the curve.

If you’re a PC gamer looking for a monitor, the number of options to consider is absolutely overwhelming. How big is too big? 1080p, 1440p, or 4K? 120Hz, 144Hz, or 160Hz? How many inputs? Built-in speakers or no audio? And that’s all to say nothing of contrast ratios, response times, and the heated debate over panel technology variations.

Assuming you’re reading this with the thought of buying a new monitor in mind, I’ll just cut to the chase: AOC’s C3583FQ is a fantastic display that is right at home on a high-end gaming or graphic design rig. It’s fast, sharp, and provides a wealth of customization options that will suit just about everyone. 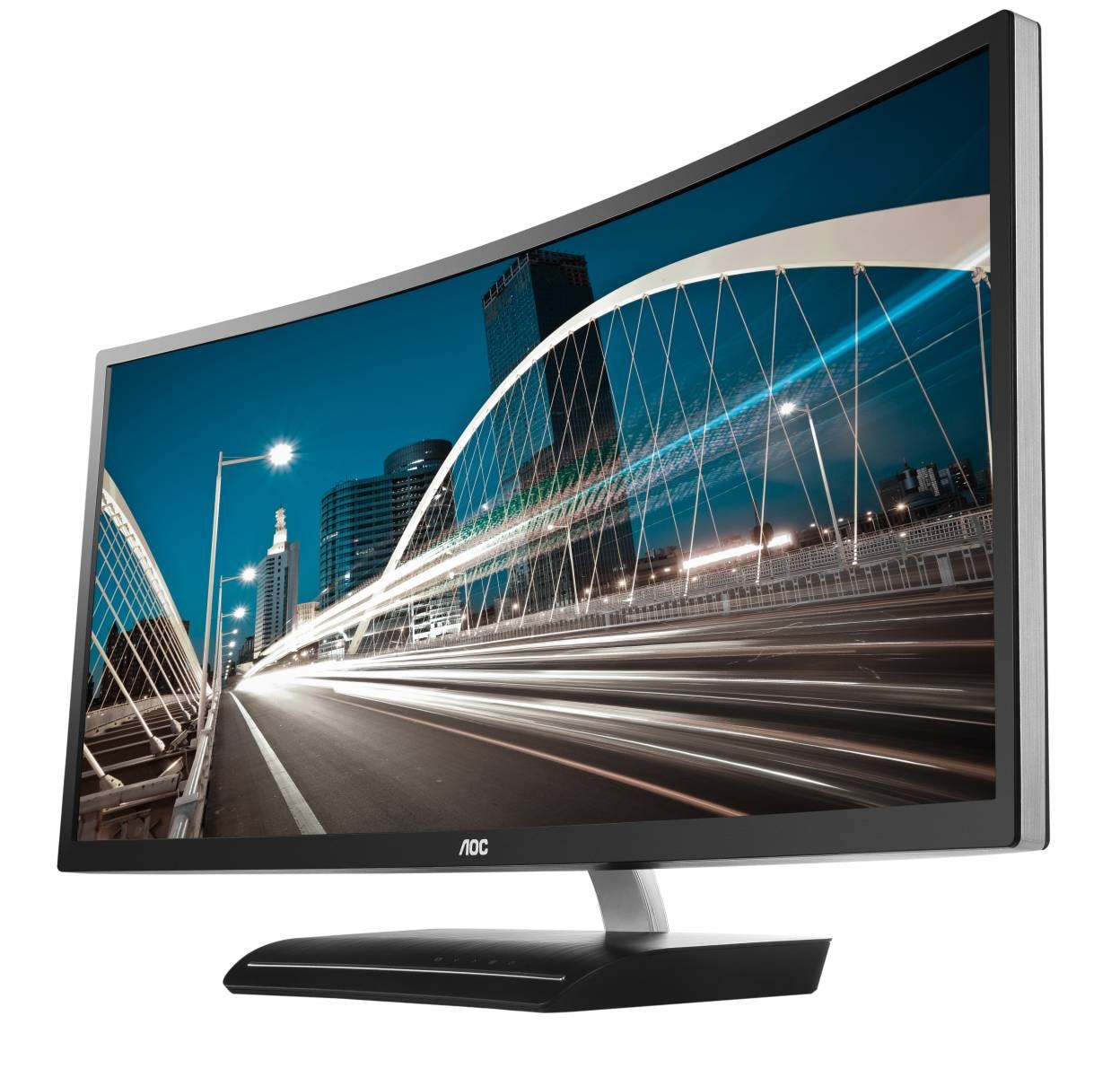 Now, for those of you who are looking for a bit more nuanced breakdown rather than just an enthusiastic thumbs-up, let’s dive in:

The C3583FQ is a massive piece of hardware. The panel, which measures 35 inches diagonally, is presented in a 21:9 format, making it an “ultrawide” monitor. With so much screen space spread out over such a large area, AOC has given the display a gentle curve.

Whether you think you like curved monitors or not—I had previously not been a big fan, but this monitor has changed that sentiment quite a bit—the benefits quickly become apparent once you use it. The far edges of the display feel much closer than they are, giving you an immersive gaming experience that doesn’t constantly remind you you’re playing on a curved display. In short, it might look kind of goofy when you see it for the first time, but it quickly becomes familiar and eventually you won’t even think about it. 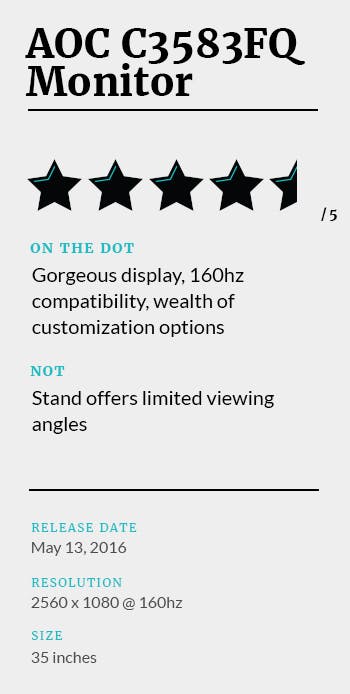 That curved panel is connected to a base unit that serves as the control center for all of the monitor’s customization options. There are no buttons on the monitor panel itself, and the icons on the base unit are touch sensitive rather than tactile. It gives the base unit a cleaner look, but the accuracy of the touch detection has been hit or miss during my time with the monitor; the power button in particular can take more than one tap before it performs its duty as commanded.

Still, the on-screen display menus are fast and fluid, and navigating them is a cinch once you memorize what buttons let you dive deeper into a menu and what ones let you back out. The preset display profiles mainly affect the brightness of the display, though you can also adjust the color temperature, contrast, and gamma independently. If you’ve navigated a monitor menu before, there’s nothing too shocking here.

As for inputs, you can choose between DVI, HDMI, DisplayPort, or old-school D-Sub, and all of the ports are located on the back of the base unit, rather than on the display panel itself.

The reliance on the base unit to handle all the ports and buttons is extremely convenient when setting up the monitor and swapping connections, but the drawback is that the display panel itself is now hard-wired into its base. You can adjust the angle of the display, but there is no vertical movement capability, and the panel cannot be attached to an arm or wall mount.

A pair of rear-mounted speakers round out the external features. In a pinch, they produce serviceable audio, and you won’t have to worry about any nasty humming or anything like that, but let’s be honest: If you’re buying a monitor like this, you’re buying it for the gorgeous picture, and you probably have a much nicer speaker system or headphones hooked up to your PC already. 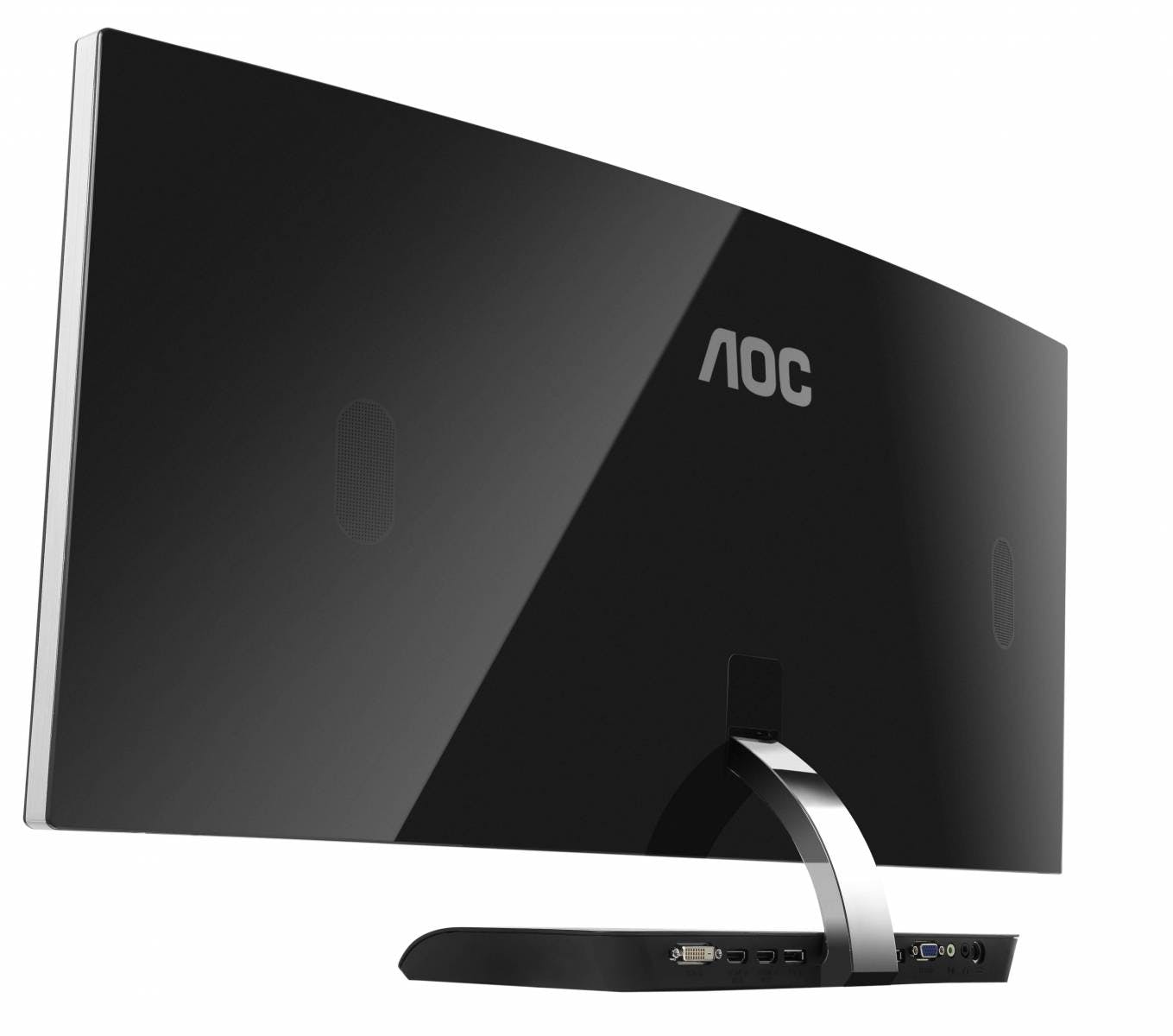 In my testing—which was done on a high-end gaming rig running a variety of games including Battlefield 4, DayZ, Just Cause 3, and the newly released No Man’s Sky—the colors were spot-on and the 4ms panel response time made for a flawless gaming experience. The monitor’s built-in Shadow Control feature helps to offset any particularly dark areas of the screen, which is fantastic if you’re gaming in a brightly lit room.

Of course, the biggest boon for PC gamers is the C3583FQ’s 160Hz refresh rate. If you’re unfamiliar with the concept of refresh rates, the simple explanation is that a 160Hz rate means that the display updates itself 160 times per second. By contrast, common HDTVs and most standard computer monitors update 60 times per second.

A higher refresh rate means you can take advantage of higher frame rates in games, which produces a much smoother, more realistic picture and faster response times during online gaming. When it comes to these numbers, higher is always better, and 160Hz is very, very high. The addition of Adaptive Sync technology, which allows the monitor to match the frame rate of the game being played, eliminates screen tearing and stuttering as well.

An added bonus of that extremely high refresh rate is that the display qualifies as being flicker-free, which is great for those who are sensitive to the typically low refresh rates on less capable monitors. So, not only does the picture look nicer, but it’s actually easier on your eyes and will be less likely to cause strain or fatigue.

At $599.99, the AOC C3583FQ is sizable investment, but it’s also a sound one. Its super-high refresh rate, fantastic picture quality, and impressive size won’t get stale any time soon, and you can expect to enjoy it just as much for years to come as you do today.