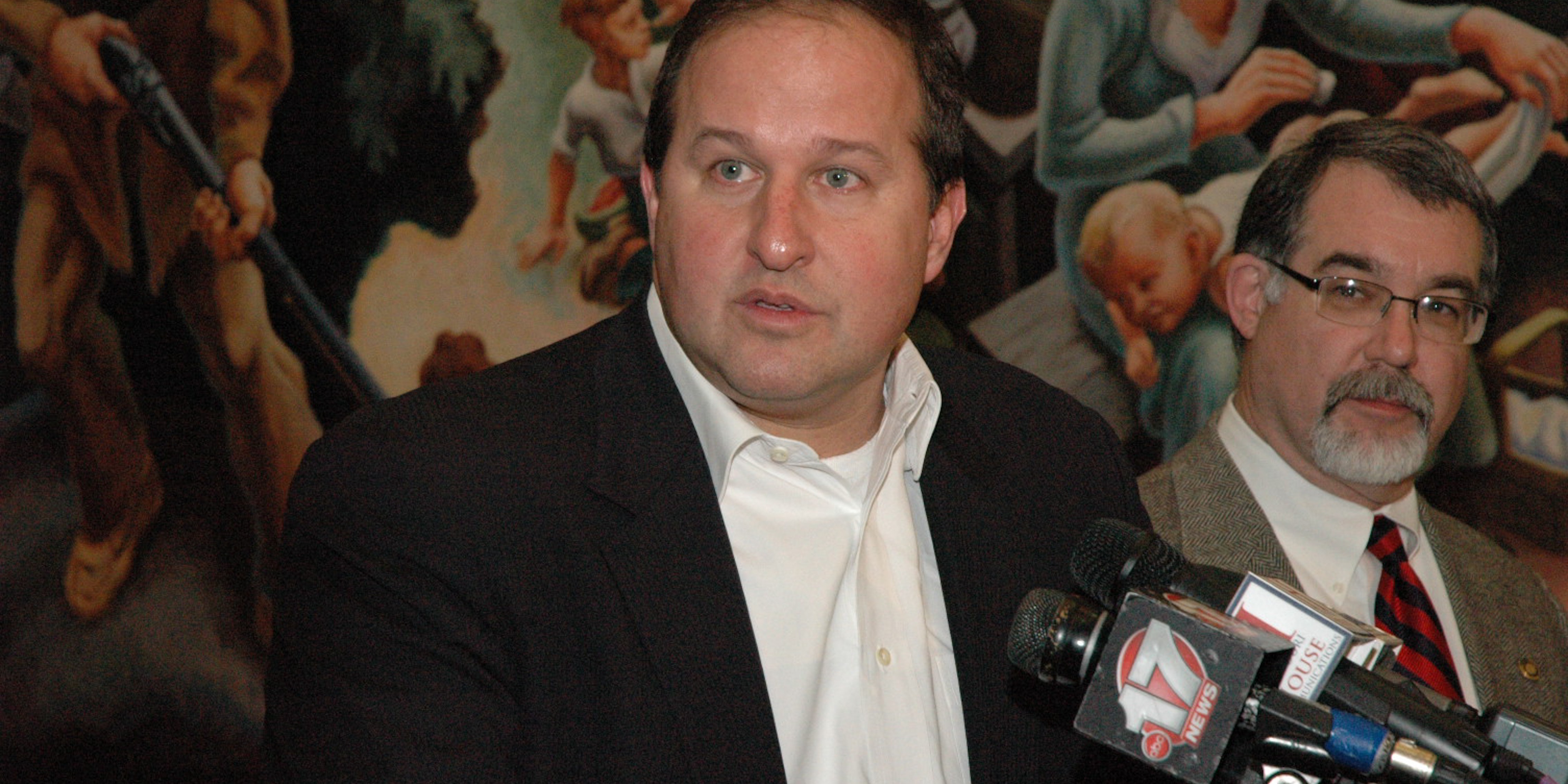 The internship has since been shut down.

The conservative speaker of the Missouri House of Representatives, John Diehl, has officially resigned after admitting to an inappropriate, “sexually-charged” relationship with a college intern.

The report and Diehl’s resignation come just a month after Missouri Southern State University abruptly canceled its legislative internship program, removing all four of its student interns from the state capitol in Jefferson City, Mo.

According to the Star, screen grabs of the text messages are “punctuated with emoticons and emojis” and “paint a picture of playful sexual innuendo.”

Her: “You better take care of me.”
Diehl: “Like how?”
Her: “I’ll bet you’ll figure it out.”
Diehl: “I dunno. You have always been disappointed;)”
Her: “I just have high expectations, I guess. Thus far, you’ve done pretty well (an emoji blows a kiss)”
Diehl: “:). I kinda want to hear what you are expecting”
Then, shortly after, he types: “You will be in good hands :)”

Diehl—who is named “Frank Underwood” in the phone’s contact book, after the House of Cards main character—was texting things like, “Damn girl… nice” and “I want to see more of that” in response to a bikini photo from a female subordinate who wasn’t even half his age. But, to make matters worse, critics point to an added layer of hypocrisy stemming from Diehl’s political positions.

As Right Wing Watch points out, Diehl’s “family values” have motivated him to continually fight against gay marriage and to, as recently as three years ago, back a bill that would have banned teachers from even talking about homosexuality in the classroom. He’s also been honored by the anti-gay Missouri Family Policy Council for his “moral leadership and true integrity in standing up for the sacred institution of marriage and the family values of the people in Missouri.”

The news of Diehl’s improprieties comes on the heels of the unusual decision by Missouri Southern State University to end its internship program about a month before the end of the current legislative term. Richard Miller, dean of the School of Arts and Sciences at the university, did not go into detail about why the interns were removed so abruptly, citing their privacy rights.

“This is the first time we have pulled all the interns,” Miller told the Star. “Usually, when something happens, it is a problem with the interns themselves, but that was not the situation this year.”

The intern herself, who has reportedly hired an attorney specializing in employment law, is not identified or quoted in the Star’s investigation. Diehl’s office declined to speak on the record until after the story was published.

“I take full responsibility for my actions and am truly sorry to those I let down,” Diehl said in a statement. “I apologize for the poor judgment I displayed that put me and those closest to me in this situation. I also regret that the woman has been dragged into this situation. The buck stops here. I ask for forgiveness.”

After the story ran on Wednesday, calls immediately began for Diehl’s resignation, which he heeded Thursday afternoon.

John Diehl's resignation was inevitable. He was ruined as of yesterday. Glad he was able to see that. #MOLeg

Photo via MoNewsHorizon/Flickr (CC BY 2.0)