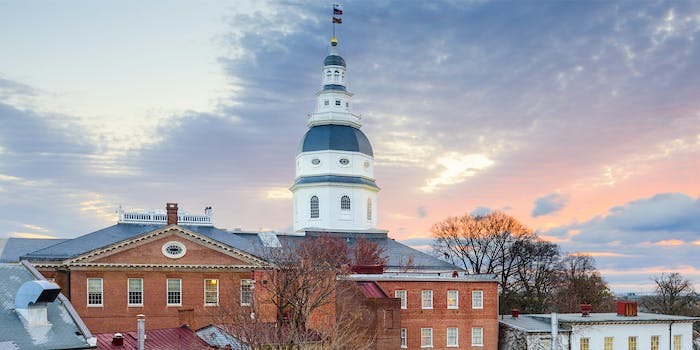 5 dead in shooting at Annapolis newsroom

A suspect is in custody.

The shooting occurred at the Capital Gazette, a local newspaper around 3:15pm ET. A suspect has been identified as Jarrod Ramos, who had previously sued the newspaper. On Friday, Ramos was charged with five counts of murder.

In a press conference,  Anne Arundel County Acting Police Chief Bill Krampf  said that the paper had been on the receiving end of threats that “indicated violence.”

Before Ramos was identified, Anne Arundel County police spokesman Ryan Frashure said, “It was quite obvious that this person had some sort of vendetta against the Capital newspaper.”

News of the shooting broke when an intern on the staff posted on Twitter about an “active shooter.”

Multiple outlets reported the Ramos was armed with a shotgun. Police eventually identified it as “long gun.”

A reporter for the Capital Gazette, Phil Davis, told the Baltimore Sun (which owns the Gazette) that multiple people were shot in his office. He also tweeted about the events.

A single shooter shot multiple people at my office, some of whom are dead.

Gunman shot through the glass door to the office and opened fire on multiple employees. Can't say much more and don't want to declare anyone dead, but it's bad.

Other members of the staff and their friends tweeted about their safety.

To all my Twitter follows. I am okay. Thank God I was not at the office when this horrible incident occurred. However, many of my colleagues and friends are not okay and that is solely where my thoughts are right now. Please do not attempt to contact me via text or phone call.

my high school classmate Pat Furgurson is a Capital Gazette reporter. He told his wife Becky (also a classmate) that he’s safe, charging his phone, trying to find colleagues and “putting out a paper, goddamn it”

Maryland Gov. Larry Hogan (R) said he was “absolutely devastated” and was monitoring the situation.

Absolutely devastated to learn of this tragedy in Annapolis. I am in contact with County Executive Steve Schuh, and @MDSP is on the scene assisting @AACOPD. Please, heed all warnings and stay away from the area. Praying for those at the scene and for our community. https://t.co/bI6PdUjHfh

The president of the Society of Professional Journalists, Rebecca Baker, said in a statement that “SPJ is deeply saddened by the reports from Annapolis, Maryland, that a shooter entered the Annapolis Capital Gazette building and shot several people. Our hearts go out to the victims and their family, friends and colleagues. We are ready to help in any way we can.”