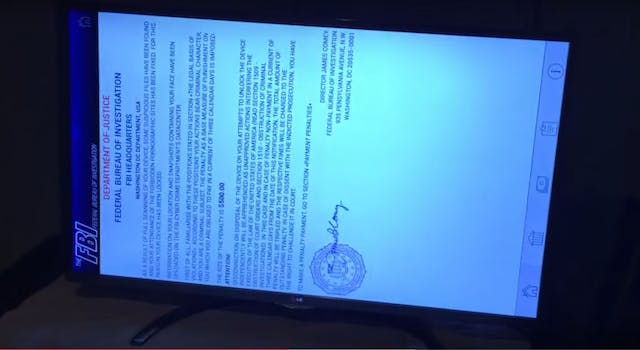 Malware takes over Android TV, shakes family down for money

Add the LG smart TV to the list of vulnerable tech we have in our homes.

One man received an unwelcome present when a ransomware attack took over his family’s Android TV on Christmas Day.

Ransomware attacks have become an increasing concern for Android smartphones, and it now seems smart TVs running Android OS are no exception. 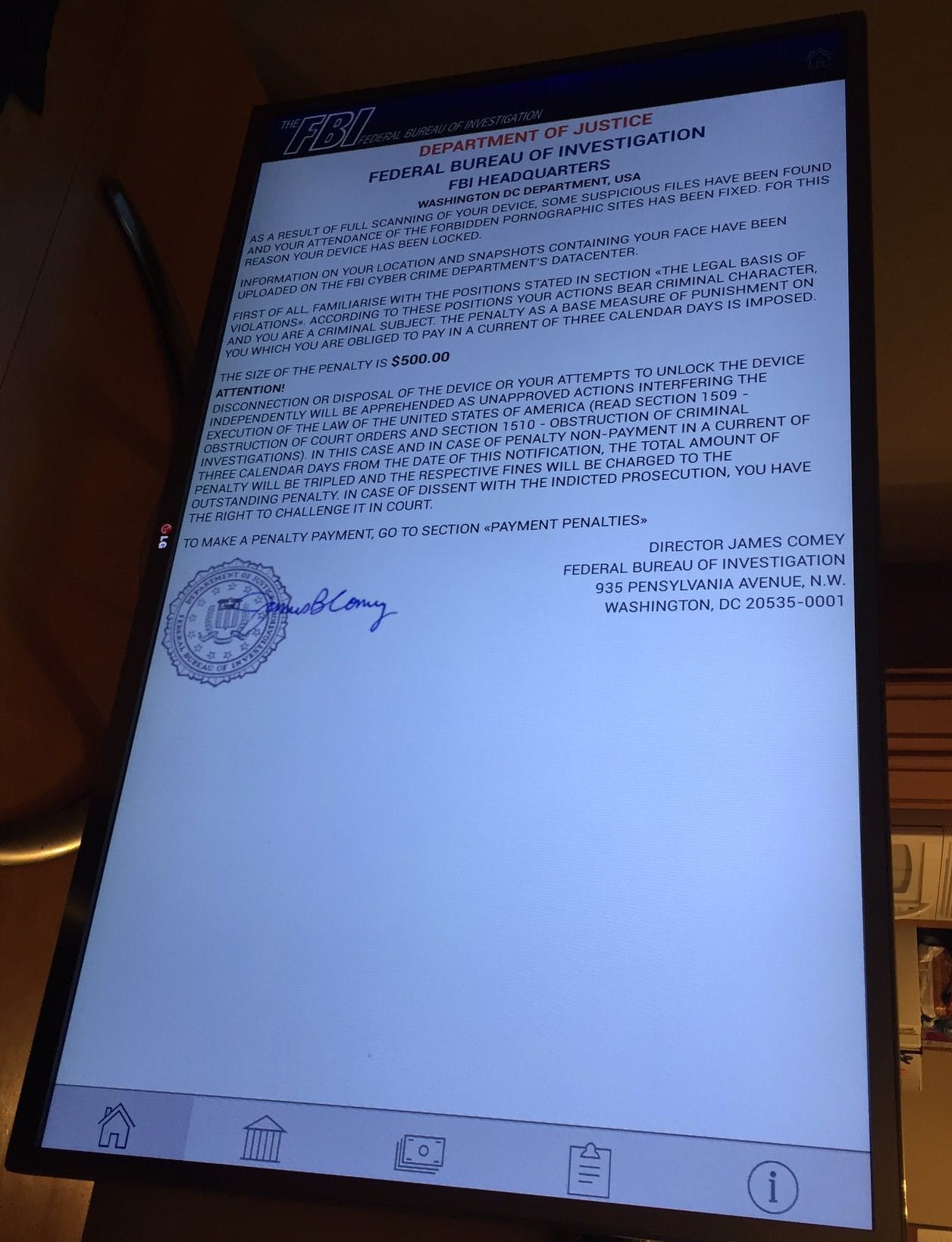 Software developer Darren Cauthon, his LG smart TV shut down when one of his family members downloaded an app to watch a movie. It woke up showing a concerning, and fake, letter from James Comey, director of the FBI.

The statement read, with questionable grammar, “As a result of full scanning of your device, some suspicious files have been found and your attendance of the forbidden pornographic sites has been fixed. For this reason your device has been locked.”

It goes on to say a photo and location of the owner’s face had been uploaded to the FBI’s database. Then came the ransomware reveal:

“You are a criminal subject. The penalty as a base measure of punishment on you which you are obliged to pay in a current of three calendar days is imposed. The size of the penalty is $500.”

Ransomware is an incredibly intrusive and potentially dangerous form of malware. It’s essentially software with malicious code that can lock up your device and demand a ransom before unlocking it. Attacks of this kind are unfortunately common in hospitals, and a recent high-profile case saw hackers hold San Francisco’s public transit system hostage.

Catalin Cimpanu of the technical support site Bleeping Computer wrote that malware on smart TVs is “not that common,” but that when it does hit, it is incredibly difficult to deal with.

Fortunately, Darren Cauthon’s story ended happily. The software developer took all the correct steps to take back control of his family’s TV. His first move was to go directly to LG and ask for the manufacturer’s help.

LG responded with instructions on how to factory reset the computer.

So @lgus has given me instructions on how to do the factory reset on the tv. I’ll be trying it out after work… fingers crossed!

He shared the good news a few hours later.

The TV is saved! Thanks to LG for providing the factory reset instructions. I recorded a YouTube video of the fix: https://t.co/6v7pYzbzqS pic.twitter.com/hV62r68uit

Darren went one step further and posted a video on YouTube showing the steps he took to get rid of the malicious software.

If you own an Android TV, it’s worth watching.