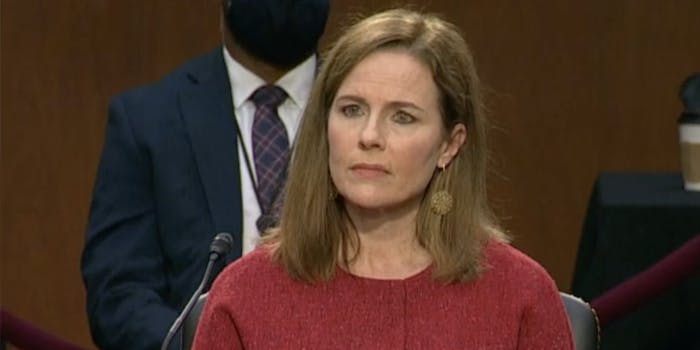 On Monday night, just over a month after the late Justice Ruth Bader Ginsburg passed away, the Senate voted to confirm Amy Coney Barrett as the newest member of the Supreme Court.

The Senate voted 52-48 to confirm the justice, with only Sen. Susan Collins (R-Maine) dissenting among Republicans. Every Democrat voted against Barrett.

The vote to confirm Barrett comes just eight days before the 2020 election. In a speech in advance of the vote, Senate Minority Leader Chuck Schumer (D-N.Y.) criticized the vote, highlighting Republican hypocrisy on the matter, after refusing to seat former President Barack Obama’s nominee months in advance of the 2016 election.

Tonight’s vote will go down as one of the “darkest days” in the history of the Senate, Schumer said.

Barrett is expected to be sworn in tonight and could begin hearing cases immediately. She is the third appointment to the court by President Donald Trump, after Justices Neil Gorsuch and Brett Kavanaugh, and tilts the balance of the court significantly rightward.