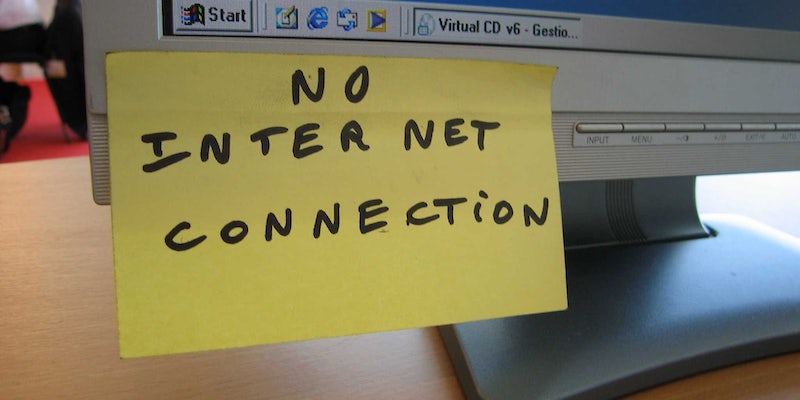 A surprising number of Americans still don’t have Internet access

Some of them don't even want to go online.

Approximately one in seven Americans does not use the Internet, according to the Pew Research Center, and while that number has declined significantly since 2010, it remains stubbornly high, particularly among certain segments of the population.

Pew found that 47 million people, or 15 percent of the population, were not connected to the Internet.

These 47 million people are rather diverse, although some trends do emerge in an analysis of their demographics. Pew found that 58 percent of adults who don’t use the Internet are older than 50, likely explaining a 2013 Pew survey that found the Web to be too difficult and confusing for older people to use. Many senior citizens believe they are too old to figure it out.

Rural Americans were also disproportionately likely to be offline. Nearly a quarter of everyone surveyed lived outside of a major population center. Interestingly, only seven percent of those asked in the 2013 study cited “physical lack of availability or access to the Internet” as a reason for not being connected.

Perhaps the most telling number to materialize in the data relates to income. Americans making under $30,000 per year are about eight times more likely than affluent adults not to use the Internet. This fits with Pew’s previous findings, in which 19 percent of people cited the cost of owning a computer or paying for Internet access as a reason for remaining offline.

The lack of Web access for those in a lower income bracket can perpetuate a cycle of challenges. A 2012 study found that job seekers with Internet access had an increased likelihood of getting a job and experienced shorter periods of joblessness.

Many basic forms that could lead to increased opportunities, including job and college applications, are only available online.

While smartphones are helping to bridge the digital divide—thanks in part to their cheaper price tag and near-ubiquitous access to mobile networks—they are a less-than-ideal answer. Earlier this year, Pew found that almost half of all “smartphone-dependent” Americans—people who have only limited access to the Internet through non-mobile means—have had their service cancelled or suspended due to financial constraints.

Smartphone-dependent people are considerably more likely than the general population to count on their device to complete essential tasks. Pew found that 63 percent had used their mobile device to access information about a job, and 39 percent had submitted a job application through their smartphone. Smartphone-dependent households that earn under $30,000 per year were twice as likely to search for work and four times as likely to submit an application on their mobile device.

The Obama administration recently announced a program called ConnectHome to bring high-speed broadband to lower-income households, which could serve to close or at least shrink the digital divide. Linked to the announcement of the plan was a report from the Council of Economic Advisors suggesting that “Internet access should be accessible to every American, much like other universally available utilities such as water and electricity.”

Even so, as Pew found in 2013, many people who aren’t online would rather remain that way: 92 percent of those surveyed said they were not interested in going online.