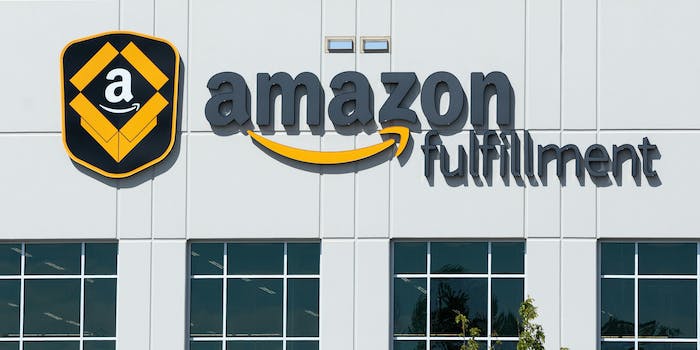 Thirty others were treated on the scene.

A robot at an Amazon factory in New Jersey sent two dozen workers to the hospital Wednesday after inadvertently puncturing a can of bear repellent.

The incident began after the 9-ounce can, which contains concentrated capsaicin, the main ingredient in pepper spray, was pierced by an automated machine at a warehouse in Robbinsville.

A total of 24 workers were sent to several nearby hospitals, with one listed in critical condition, while 30 others were treated on the scene for difficulty breathing.

In a statement to ABC News, Amazon stated that employees at the fulfillment center were temporarily relocated while the area was secured by first responders.

“All of the impacted employees have been or are expected to be released from [the] hospital within the next 24 hours,” Amazon said. “The safety of our employees is always our top priority and a full investigation is already underway.”

Stuart Appelbaum, president of the Retail, Wholesale and Department Store Union, responded to the incident by saying in a statement that he would “not back down until Amazon is held accountable” for its “dangerous labor practices.”

“Amazon’s automated robots put humans in life-threatening danger today, the effects of which could be catastrophic and the long-term effects for 80 plus workers are unknown,” Appelbaum said. “The richest company in the world cannot continue to be let off the hook for putting hard working people’s lives at risk.”

Earlier this year the National Council for Occupational Safety and Health cited Amazon as one of the most dangerous companies to work for in the U.S., pointing to seven deaths since 2013 at its warehouses.