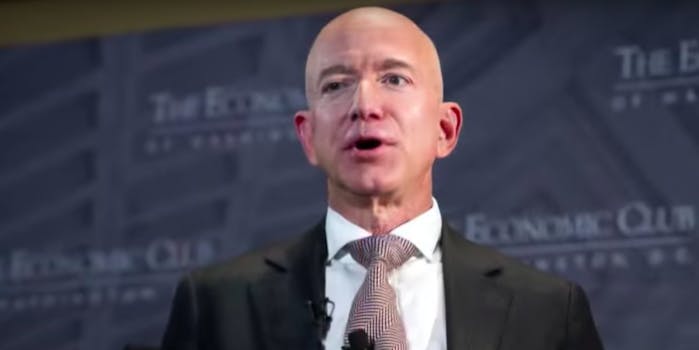 In the letter, Schiff asked Bezos to provide answers about whether such content breaches Amazon’s terms of service, what actions it takes to combat misinformation on the platform, and if it accepts paid advertising from anti-vaccine activists and groups.

Before the letter was released, according to BuzzFeed, a search on Amazon for “vaccines” led to anti-vaccine content such as Vaxxed: From Cover-Up to Catastrophe, and Shoot Em’ Up: The Truth About Vaccines. The documentary Vaxxed draws a relationship between the measles, mumps and rubella vaccination and autism.

According to BuzzFeed, that content did not appear on search results and was removed from its Prime membership video streaming service a few hours after Schiff released his letter. DVD copies of Vaxxed are still available, however, for purchase.

As of Saturday morning, the documentary Shoot ‘Em Up was not available for purchase on Amazon.

According to Amazon’s content policy guidelines, the site does not support “content that promotes, endorses, or incites the viewer to engage in dangerous or harmful acts.” Amazon did return an email from the Daily Dot asking for comment by publication time.

Since January, 159 measles cases were reported in the US, according to the Centers for Disease Control and Prevention.  It is already higher than the number for the entirety of 2017 and follows an uptick in cases in 2018. The situation is especially alarming in Washington state, where a total of 69 cases were reported since the beginning of the year.

Europe saw its highest rate of measles cases in a century in 2018, following the rise of populist, anti-establishment, and anti-vaxer political movements in many European countries, according to the Guardian. In 2018, 60,000 of measles cases were reported on the continent—twice the amount number from 2017.

According to its website, Vaxxed is also available on Vudu, iTunes, Google Play, and Vimeo.