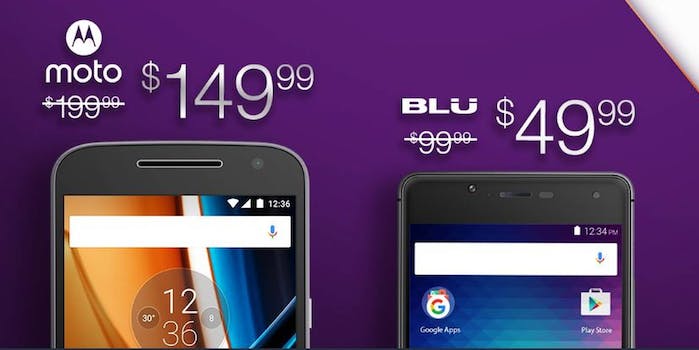 Amazon will give you huge discounts on phones, as long as you don’t mind ads

Here is your low-price phone, now buy other stuff.

Smartphones are really expensive. Flagship devices can cost more than $1,000 unlocked, so its natural for consumers to want to find the very best deal for that must-have purchase. But phone deals are few and far between, as most phones are sold through carriers, and carriers are evil would naturally prefer you to buy through their contracts.

Amazon is trying to change that by offering Prime members unlocked phones at a large discount—but only after making the devices significantly worse. 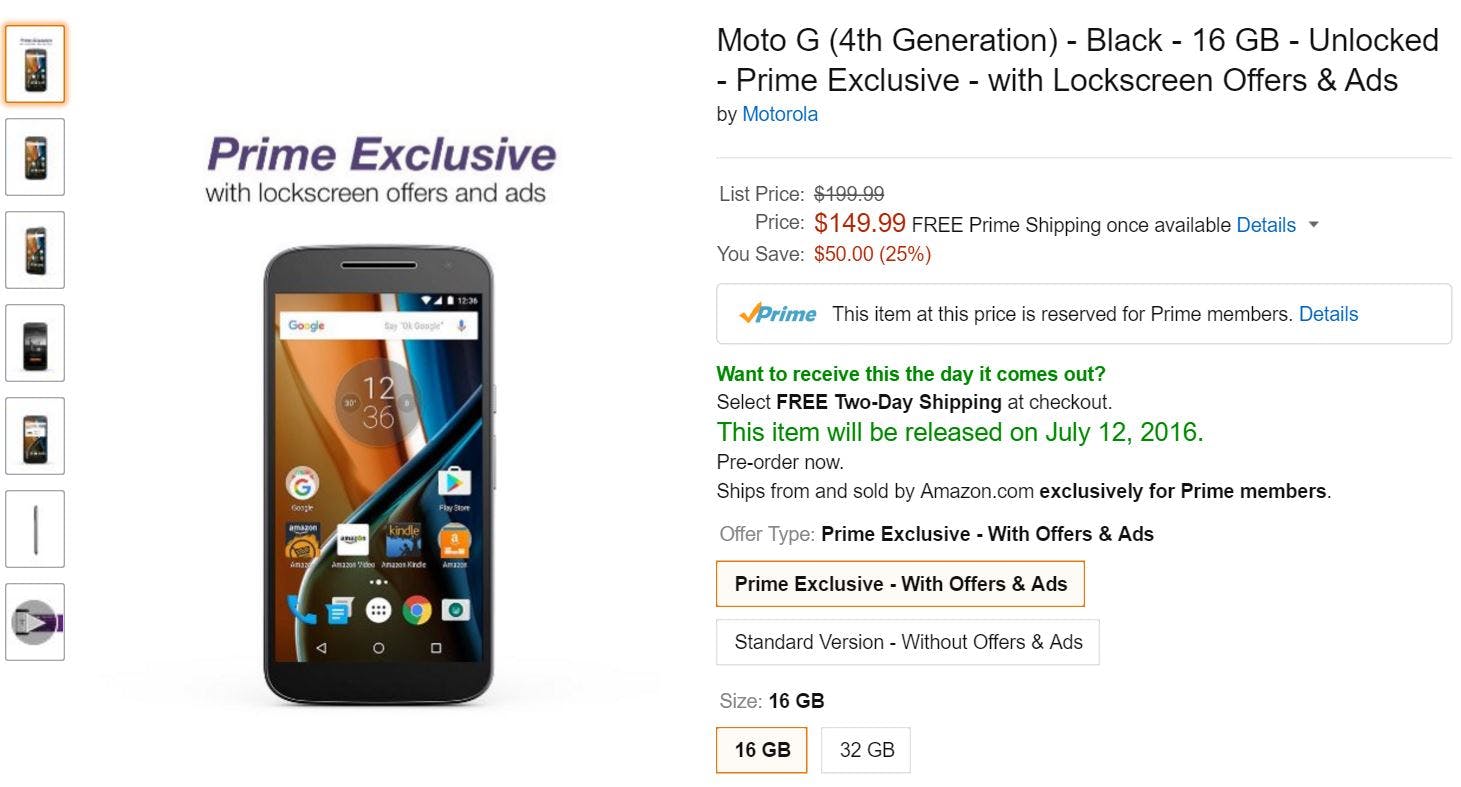 The online marketplace will begin selling phones with personalized ads and offers added to their lock screens for as much as 50 percent off the price of the device. It’s Amazon’s rebound push into the smartphone space after its Fire Phone failed to catch on.

The sales strategy is pretty similar to what Amazon has done in the past with its Kindle devices by selling a slightly discounted version with ads, and another full price version without.

The best part of this program is that all of the phones on sale are completely unlocked with no contract commitments attached. They also get Amazon’s Prime Video, Music, and Photos applications pre-installed, and Amazon will not be putting its own version of Android onto the phones, which run 6.0 Marshmallow. 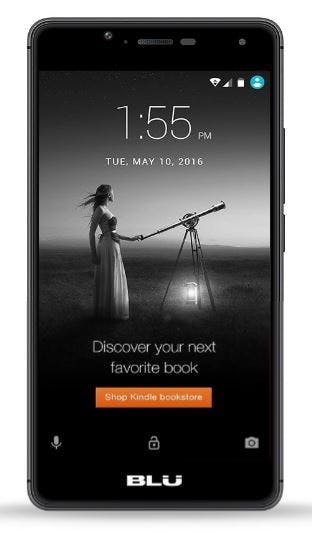 The trade-off comes in the form of deals and recommendations that will show up on your phone’s lock screen. Ads that might actually make you spend more money than you would have purchasing the phone at full price.

It will also be interesting to see how well a pair of budget phones hold up to the task of constantly loading ads. There is the potential that these Prime ads will not only make your phone uglier, but also a lot slower.

If you have owned an older Android phone you probably have experienced the event of having too many processes running in the background. Amazon will be adding one of those processes to your phone, and it cannot be turned off. And then there is the question of the ad’s impact on power consumption, something no one actually thinks is good on a smartphone to begin with.

If you want to give it a shot, you can preorder the ad-filled discounted phones today. They will both be available on July 12.