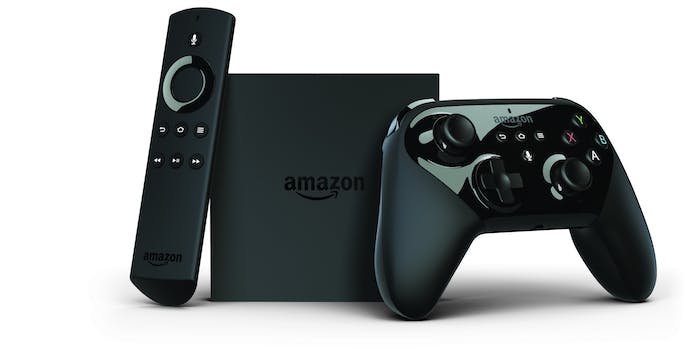 Oh, and Amazon is selling tablets as six-packs.

Amazon has announced an overhaul of its Fire TV gadgets, adding shiny new features like 4K streaming and the company’s Alexa voice assistant. 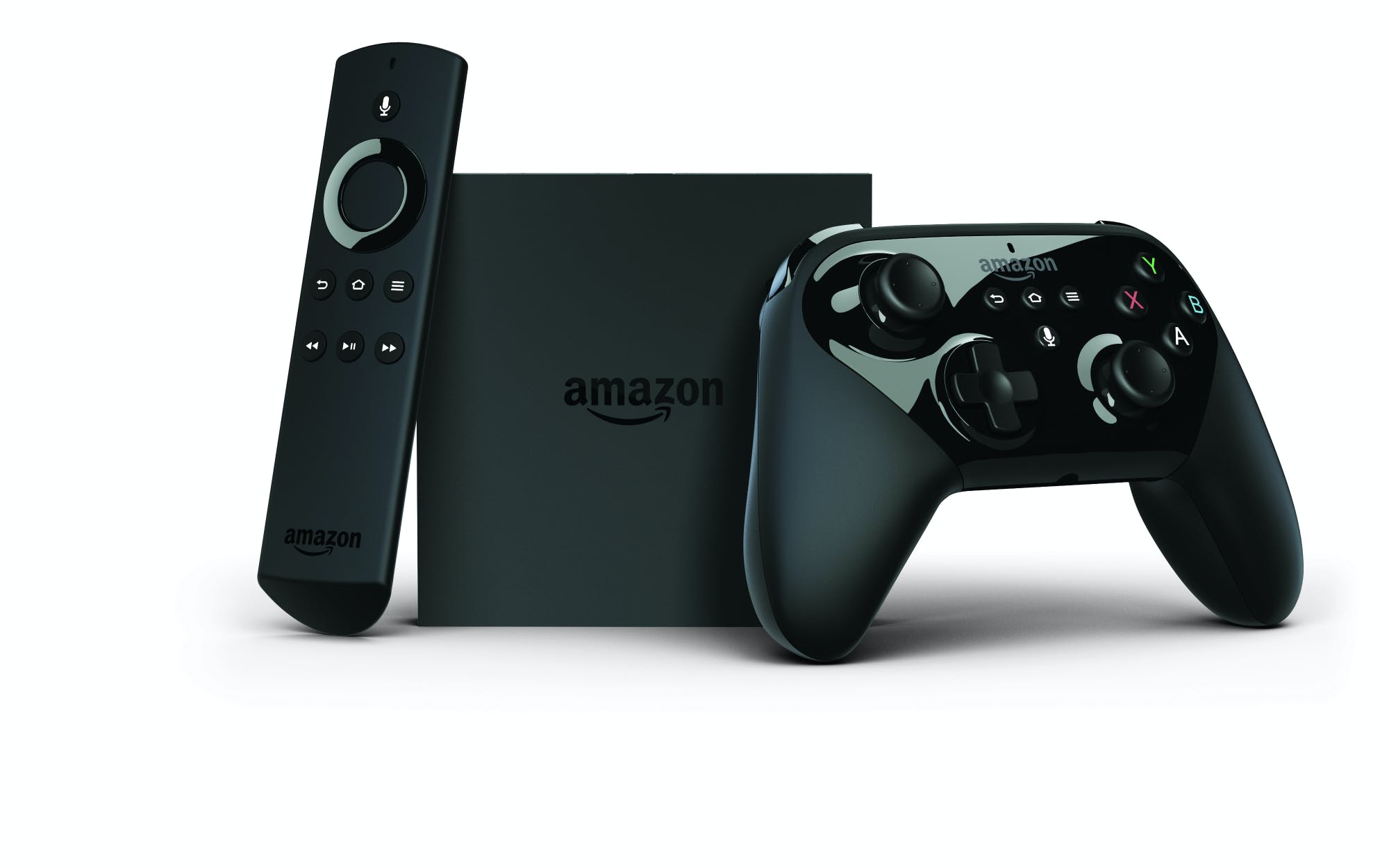 The most exciting upgraded device is the Fire TV. It’s been a year since Amazon introduced the set-top box, and while the new model looks the same on the outside, it’s filled with an entirely new set of guts.

Even traditional 1080p HD streams should look better thanks to the upgraded box’s support for High Efficiency Video Coding (HEVC), an encoding format twice as efficient as the current standard and one that requires less bandwidth to deliver better quality.

Amazon claims that the new box is “75% more powerful” than its predecessor thanks to a 64-bit quad-core MediaTek processor and dedicated GPU.

The company will take advantage of that speed boost with Alexa, the voice-controlled assistant that powers Amazon’s odd Echo media tower. You’ll be able to access Alexa through the microphone on the Fire TV remote. She can answer the standard questions you’re likely to throw at her, but don’t expect Siri-like Easter eggs—at least not yet.

The Amazon Fire TV with 4K support and Alexa will be available on Oct. 5 for $99.99. A gaming edition bundle that includes the Fire TV game controller, a 32GB microSD card, and two games (Shovel Knight and Disney’s Ducktales) will retail for $139.99. 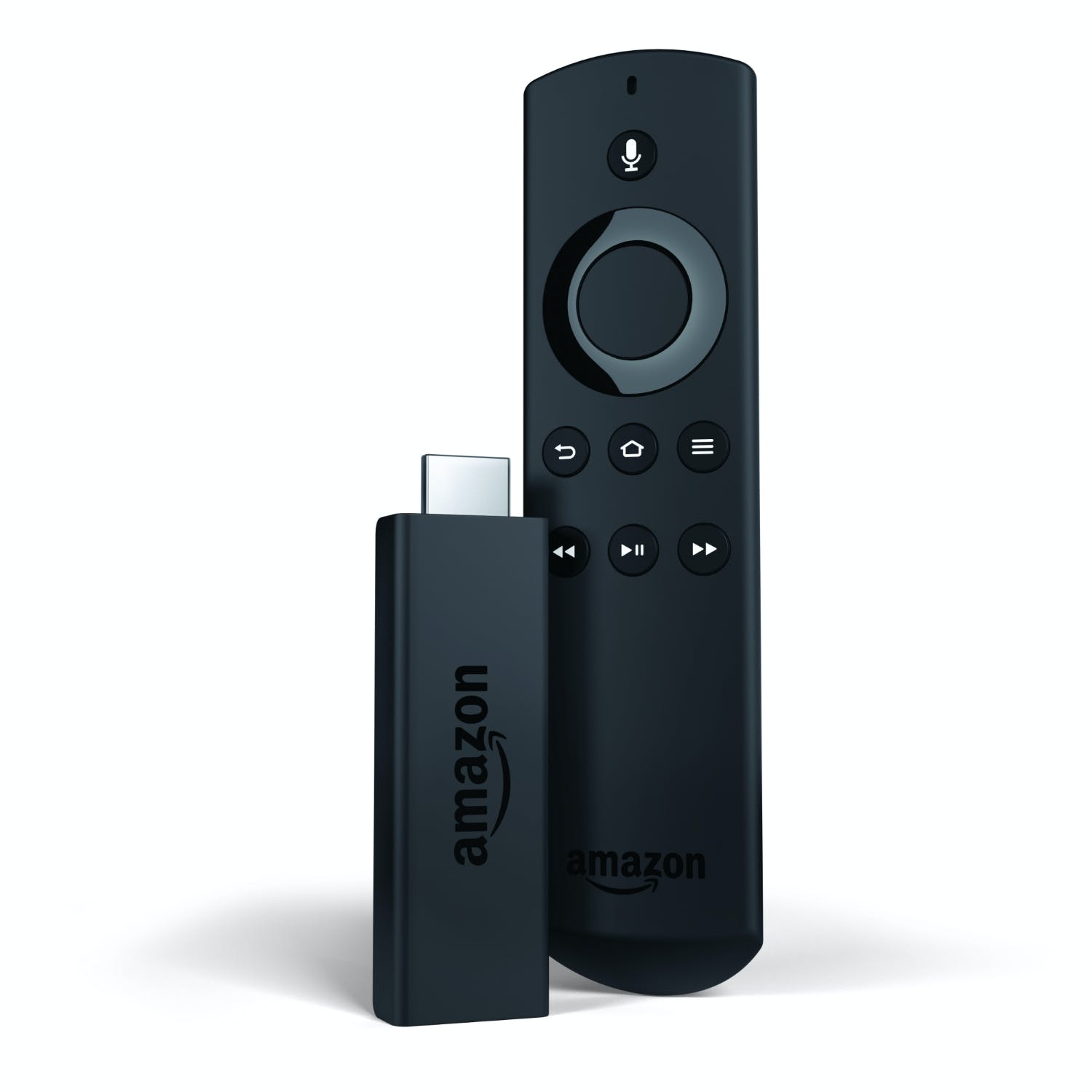 Alexa will also be making the leap to the Amazon Fire TV Stick, which got a refresh of its own. A new model with an additional remote for voice control will launch on Oct. 22 at $49.99, while the standard Fire Stick will remain available for $39.99. 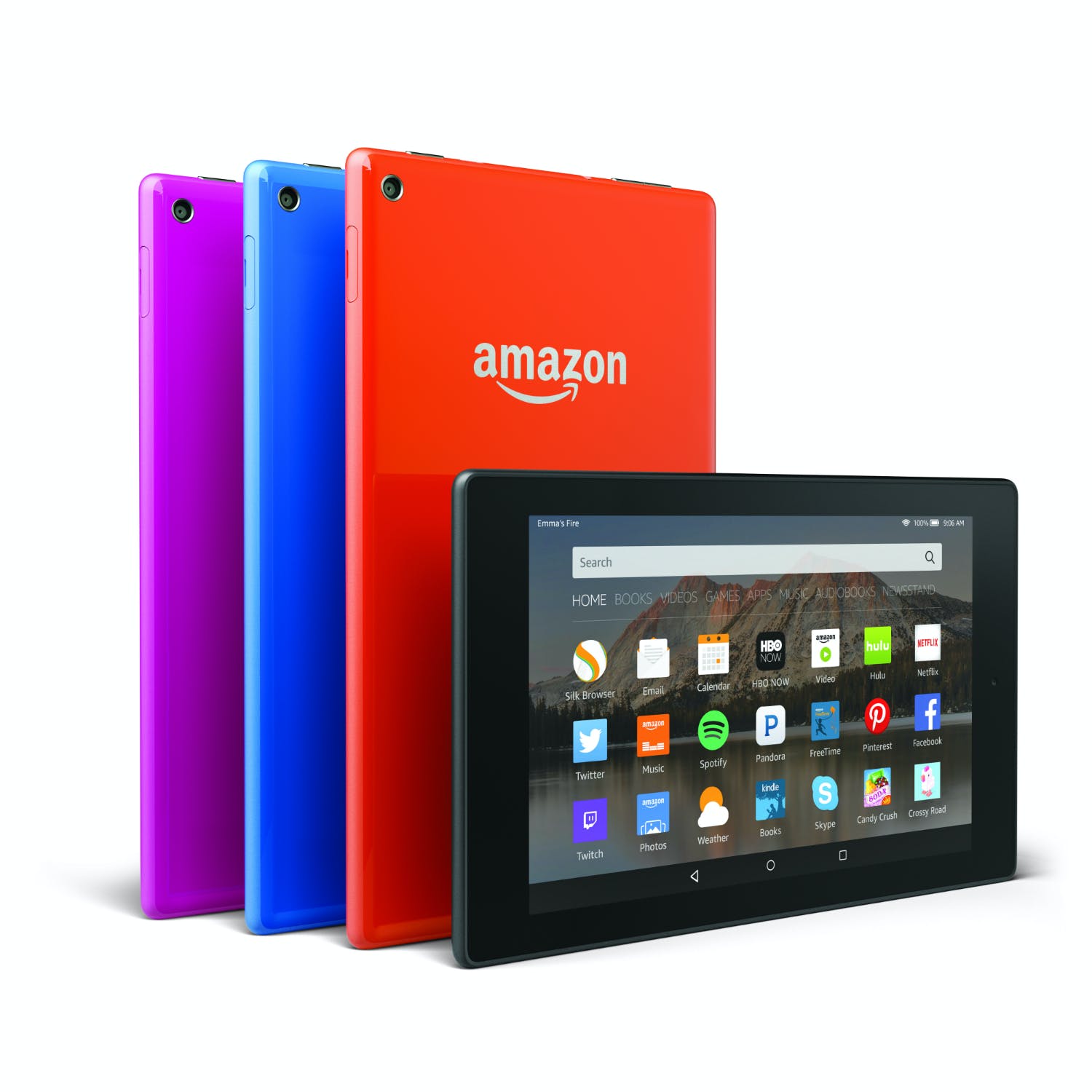 Amazon’s tablets have become a bit of an afterthought, but the ecommerce giant is still tweaking them and trying to figure out what will get consumers back on board. It believes it may have found an answer with the new version of the Fire HD tablet line.

The new 8- and 10.1-inch models have colorful exteriors and a super-thin 7.7mm build. Inside is a 1.5GHz quad-core processor and onboard storage, plus expandable memory though a microSD card slot.

Amazon is really pushing its HD tablets as media devices. They have stereo speakers with Dolby Audio and pixel-dense high-definition displays with a 16:10 aspect ratio.

A new feature called On Deck will automatically download popular TV shows and films to keep your device stocked with entertainment. When you find yourself without Wi-Fi, cool videos will be waiting for you. If you need the space back for apps or other media, Amazon wipes the downloads and gives you the space back. 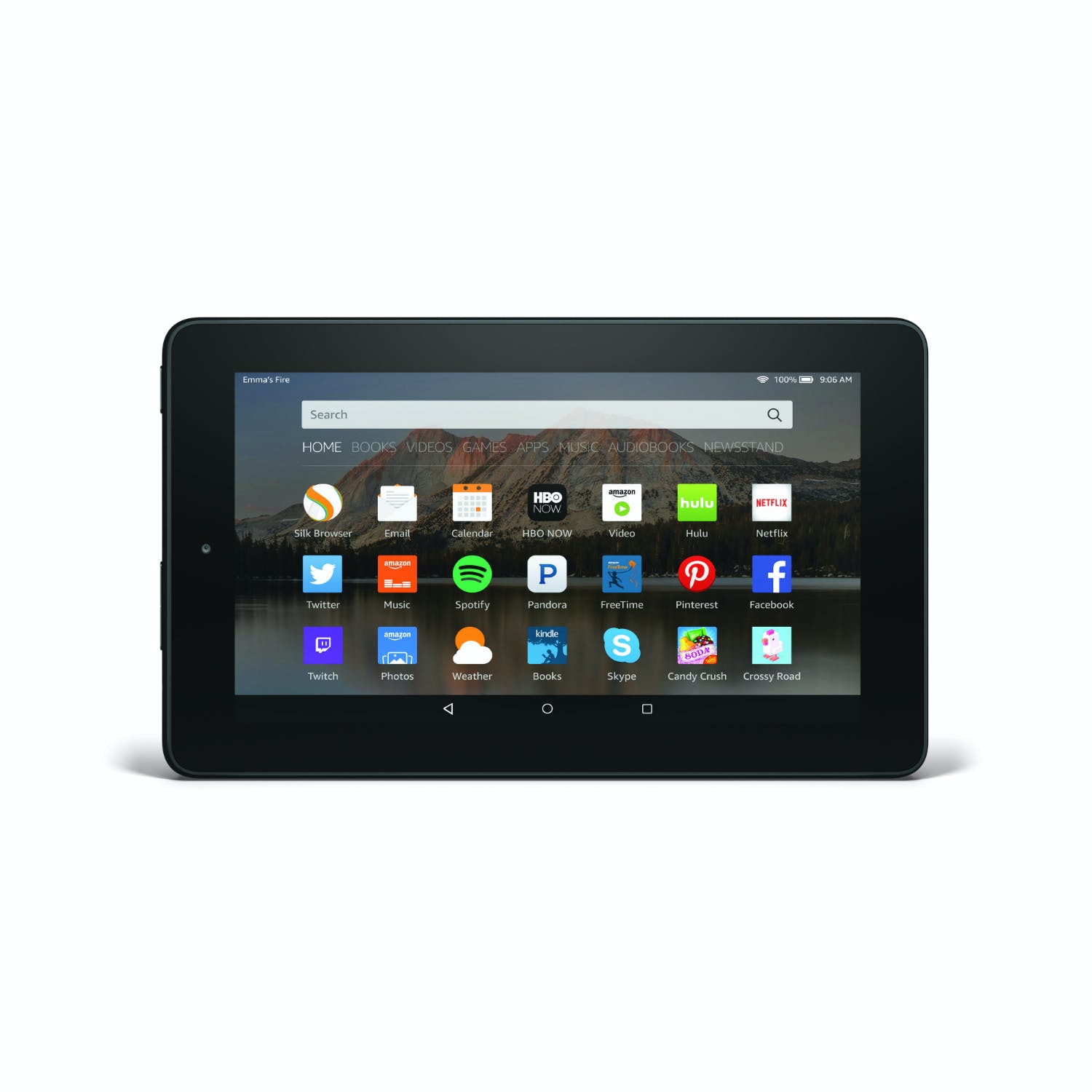 Amazon has hit on an innovation with its new 7-inch Fire tablet, but it’s not on the spec sheet; it’s in the shopping cart. The $50 tablet will be available the same way beer is sold—in a six-pack. The bundle will cost $250, which is basically a “buy five, get one free” deal.

The Fire tablet features a quad-core 1.3 GHz processor, up to 128GB of expandable storage via microSD card, and front- and rear-facing cameras. 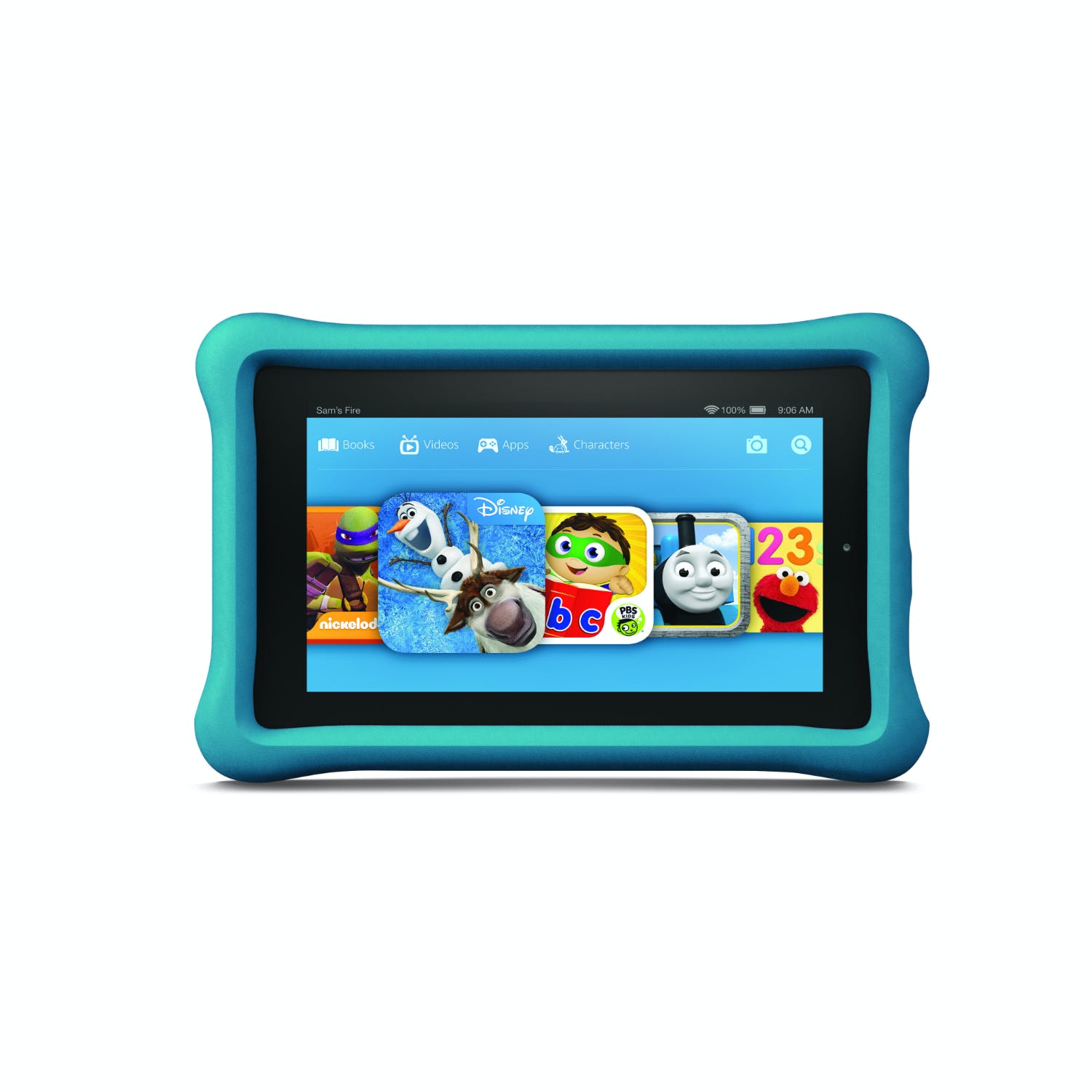 A Kids Edition of the tablet, packed with kid-friendly content and a one-year subscription to Amazon FreeTime Unlimited and equipped with a child-proof case, will also be available for $99.99.