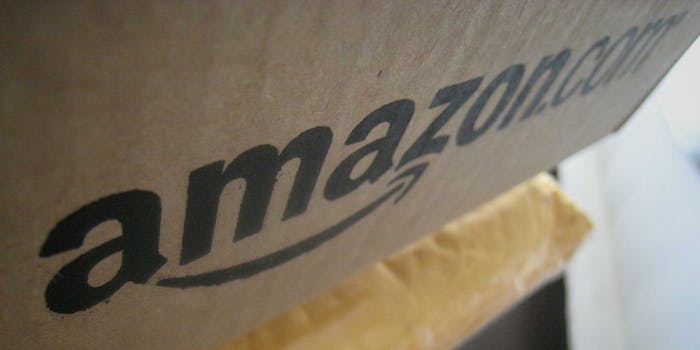 Amazon wants to turn its customers into delivery people

If you've ever wanted to work for Amazon part-time, you might be in luck.

You know how exciting it is to see an Amazon package sitting on your doorstep? Amazon wants you to give that thrill to other people…by delivering their packages for them.

The Wall Street Journal reported Wednesday that the online retailer is planning to turn its customers into package couriers with a program called On My Way.

The new service would involve customers making deliveries during their free time or when they were already en route to a nearby destination. Local brick and mortar stores would hold the packages for Amazon and transfer them to the citizen couriers, who would then drop them in the mailboxes of the people who ordered them.

Amazon is still in the early testing stages, but the logistics of On My Way seem untenable. The company’s shipping costs are already on the rise, and incentivizing customers to become couriers would likely cost a pretty penny. Couriers for the on-demand delivery service Shyp report making around $15 an hour; Postmates contractors average around $13 an hour.

Cost issues asides, Amazon also faces huge liability concerns related to the frequent moving around of those packages. Building relationships with local retailers to store the packages is one thing; entrusting average people with their pickup and delivery is something else entirely.

The Journal report did not describe how Amazon might ensure the integrity of its packages or account for potential damages, let alone insure against the possibility of theft.

Amazon hasn’t been afraid to experiment with delivery methods in the past. The company briefly tested using Uber drivers for delivery, according to the Journal. It has expanded its one-hour delivery program to six markets and begun offering grocery delivery in some locations. Most famously, the e-commerce giant proposed drone deliveries and has begun testing the concept with special permission from the FAA.