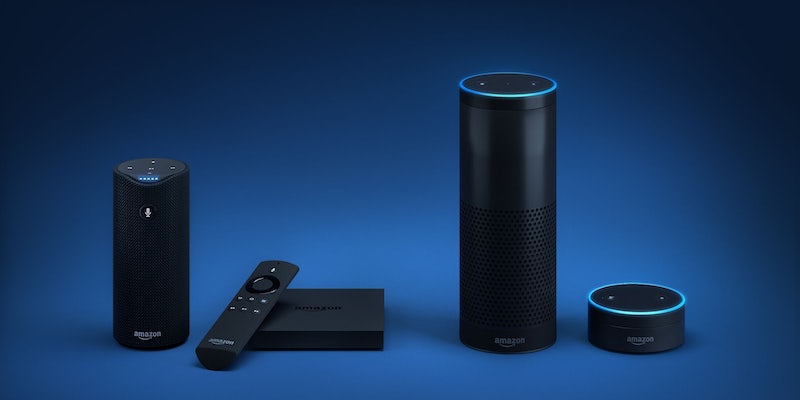 The Echo is getting louder.

Siri is still the name associated with voice assistants, but Amazon is doing everything it can to make Alexa just as ubiquitous by putting the service in every device imaginable, including the two new speakers announced on Thursday: the Echo Dot and Amazon Tap.

The Echo Dot is essentially the bite-sized version of the Echo, Amazon’s Pringles can-shaped speaker that it released last year. The Echo Dot, which looks more like a chubby hockey puck, doesn’t have its own speaker built in. Instead, it connects via bluetooth or audio cable to existing speaker systems. 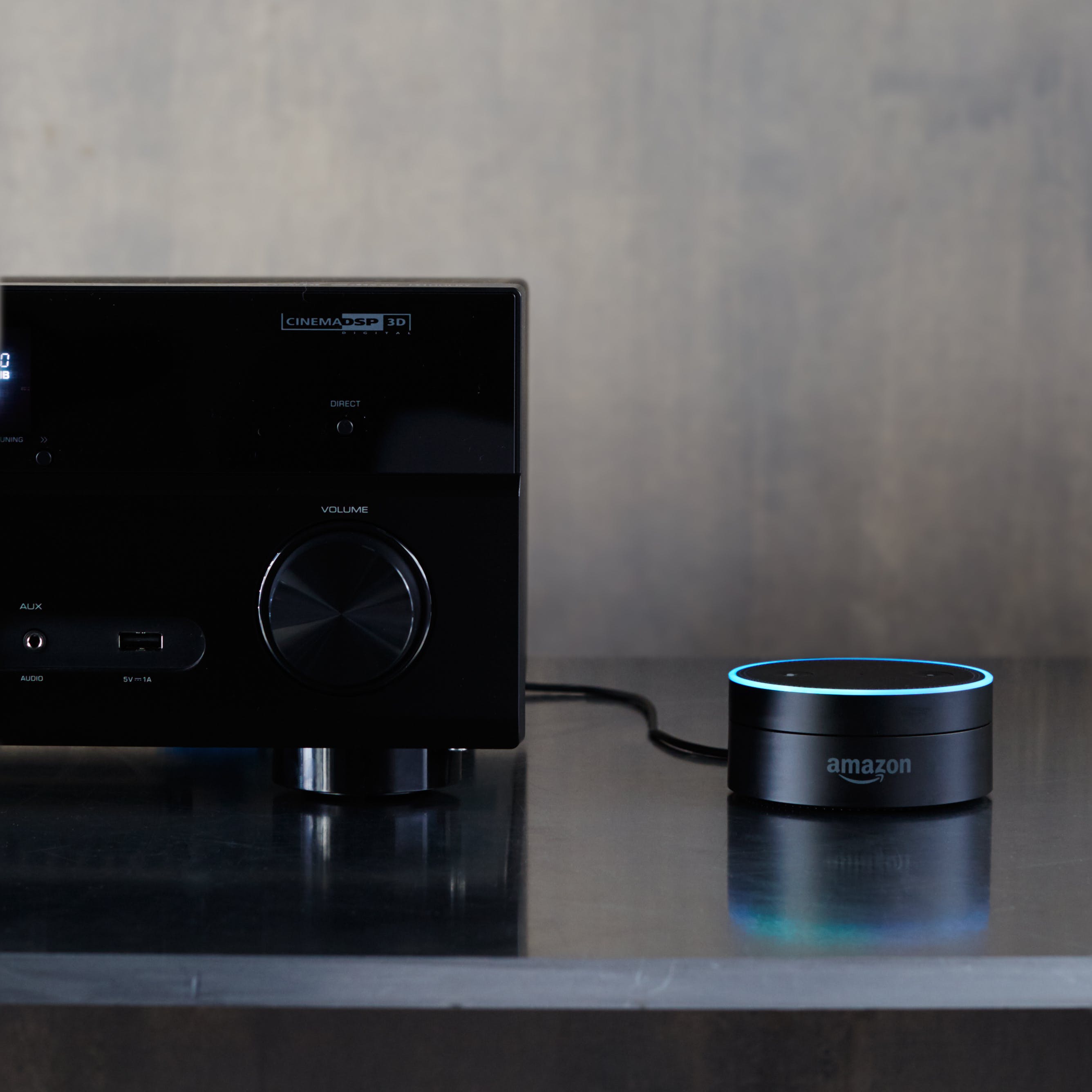 Once connected, the Dot equips speakers with the voice command functionality of Alexa, Amazon’s AI assistant. The Dot itself houses only the microphone for catching voice commands; dual-band, dual-antenna Wi-Fi; and the Alexa software for processing requests.

If the Echo Dot is like the Echo with voice control stripped out, the Amazon Tap is the Echo without the eavesdropping. Instead of listening for a person’s voice, the Tap requires the press of a button to activate Alexa’s abilities. 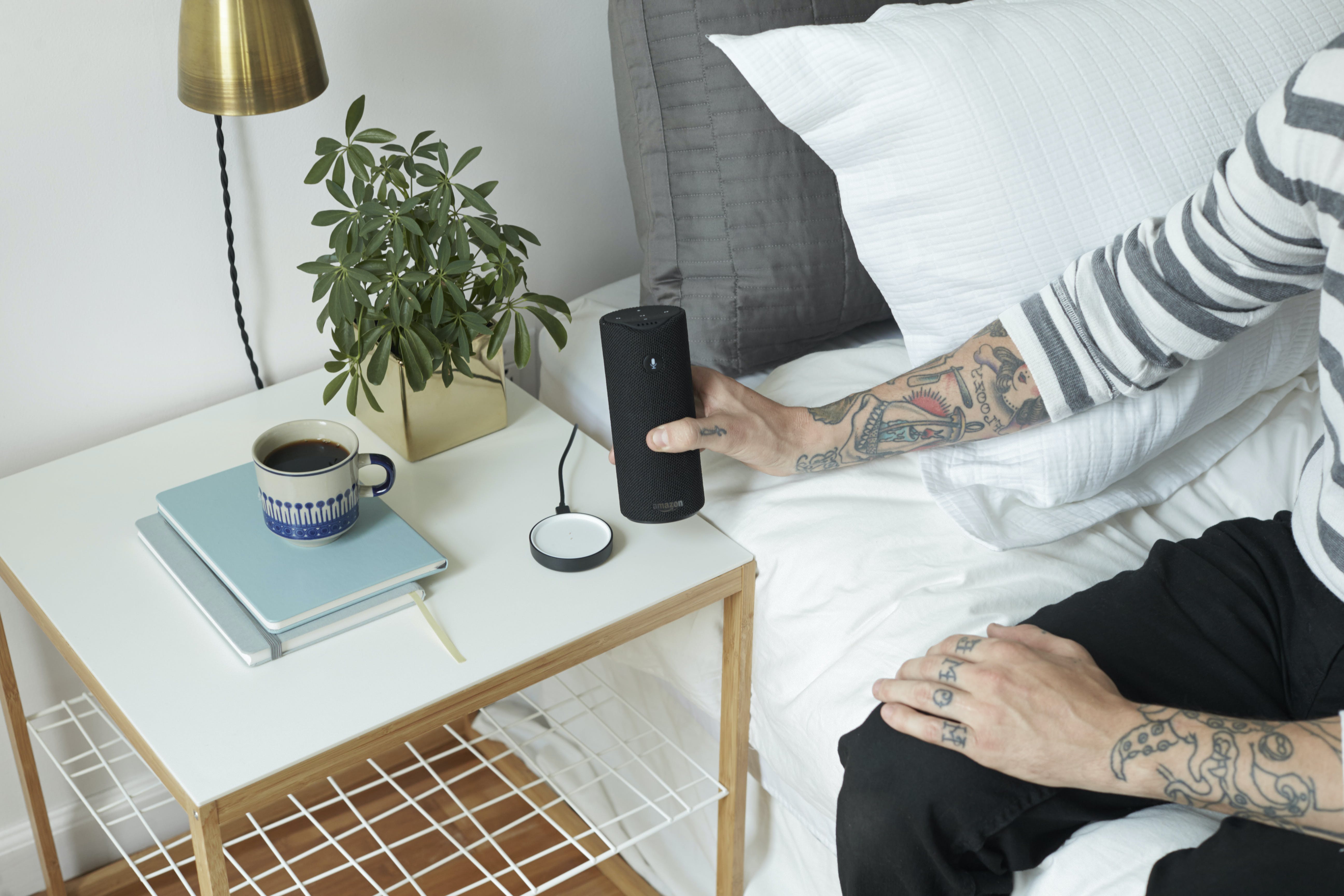 The rest of the device is comparable to the Echo that came before it—the Tap features a dual stereo speaker system from Dolby that provides 360-degree, omni-directional audio. Built with portability in mind, the Tap offers 9 hours of continuous playback and a protective sling that makes it easy to take the speaker anywhere with the ability to survive drops and bumps.

The Tap offers a bit of savings off the price of the Echo, with pre-orders starting Thursday for the $129.99 speaker. Tap will be available March 31, 2016.

As for the Dot, the only way to get an order in for the speaker add-on is via an existing Alexa device. On Echo, Amazon Fire TV, or some other device that has Alexa built in, Dot wanters can issue the command, “Alexa, order an Echo Dot.” That will add a $89.99 charge to your Amazon account. Then step back, realize that you ordered a voice command device through a voice command device that you already own, and really think about what your life has become.