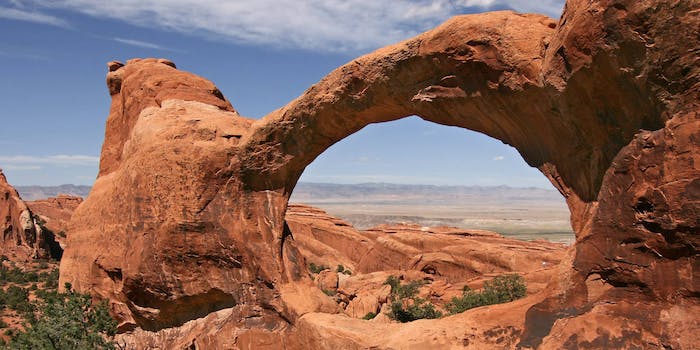 As the Trump administration rapidly shuts down the lines of communication between federal agencies and the public, an anonymous Twitter account is upholding the ethos of the National Parks Service.

@AltUSNatParkSer gained more than 170,000 followers overnight after the Badlands National Park Twitter account made headlines by tweeting and then deleting a series of climate change facts. Many Twitter users interpreted the Badlands tweets as a sign of resistance against encroaching censorship and the president’s environmental policies, exemplified by the administration deleting all references to climate change from the White House website.

Protect the EPA, so it can protect our beautiful landscape for generations to come.#SaveOurParks #Climate #RESISTANCE https://t.co/8uetx6vm3d

A media blackout has also been introduced over our colleagues at the Environmental Protection Agency (EPA).

While the Badlands tweets inspired several parody accounts, the alternate National Parks feed was the one that really caught hold. It claims to be run by “several active NPS rangers and friends,” and spent the night tweeting about climate change, sharing photos of national parks, and promoting free access to information produced by federal agencies.

To understand what's best for our parks, we need to have access to US science data on climate & the environment. We must not be silenced.

Since inauguration day, the new administration appears to have placed a gag order on several federal agencies including the EPA and the USDA, whose Agricultural Research Service is reportedly barred from sharing “news releases, photos, fact sheets, news feeds, and social media content” about its publicly-funded research.

In a statement to BuzzFeed, the NPS blamed the Badlands tweets on a former employee, stating that NPS social media managers are not allowed to share “content related to national policy issues.” But judging by the popularity of @AltUSNatParkSer, we expect to see more “former employees” sharing social media posts like this in future.