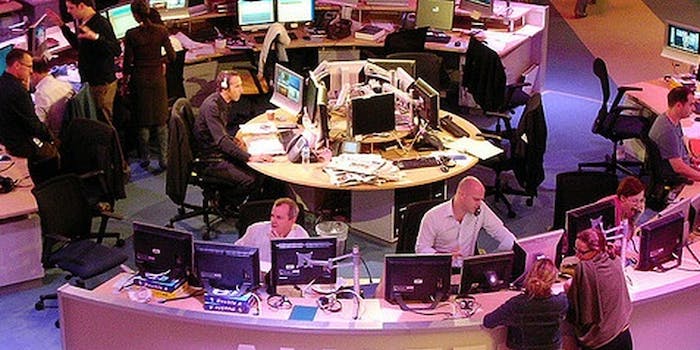 The attack is believed to have been perpetrated by the hacking group known as the Syrian Electronic Army.

A popular official Twitter account for Qatari news outlet Al Jazeera has been hacked by supporters of Syria President Bashar Hafez al-Assad. The account, called The Stream, has been posting a string of anti-revolution tweets since early Thursday morning.

That seemingly isolated hack may be part of a bigger problem.

Josh Shahryar, a writer for EA WorldView, claimed that the Syrian Electronic Army is carrying out an attack on a number of Al Jazeera’s social media accounts and advised his followers not to click on links included in posts.

The Stream Twitter account, however, has certainly been affected. The hack is hard to notice with a quick glance because the tweets stick closely to the news organization’s usual tone.

A closer look reveals some typos and a strong anti-revolution subtext.

“Do you think Saudi and Qatar should keep funding armed gangs in Syria in order to topple the regime? ‪#Syria‬”

“FSA [opposition group Free Syrian Army] threatens to kill all hostages in Homs: Is it time the world took a stance? ‪#Syria‬”

“Amnesty international participating in the murder of Syrians | http://youtu.be/ubUGoXQoCcY”

Meanwhile, the hackers accused Al Jazeera itself of fabricating a child martyr story.

Through its Al Jazeera English live account, the organization told followers it is working to resolve the issue and echoed Shahryar’s link warning.

It’s not the first time the Syrian Electronic Army has apparently taken over a television network’s social media account. Back in March, the group allegedly took control of Al Arabiya’s English Facebook page and posted messages about unverified conflicts in Syria.

Photo by Laika slips the lead