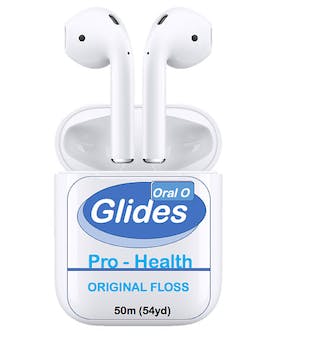 This sticker will make your AirPod case look like dental floss

Keep your pricey headphones safe and remember to floss at the same time.

The similarity between the AirPod case and dental floss was first noticed in September by eagle-eyed Apple fans with clean teeth. It was only a matter of time before someone stepped up and put money behind the idea.

One intrepid Etsy store has done just that, selling a $5 sticker than can make your AirPods case immediately look like simply a box of dental floss. 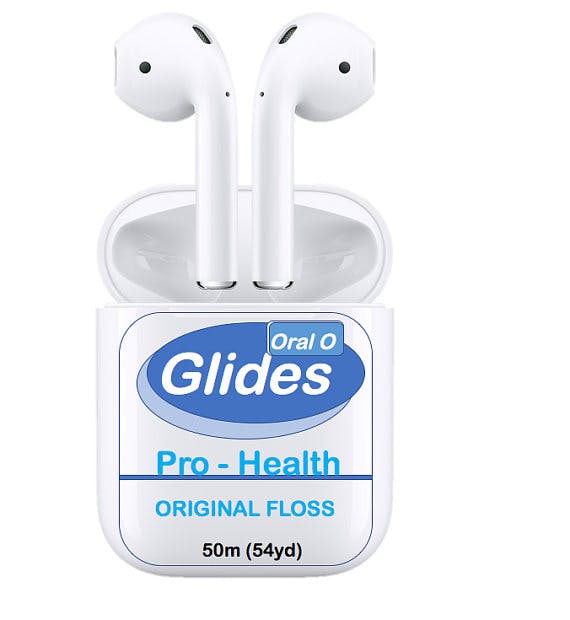 Of course, you don’t have to throw down $4.99 to get your flossy AirPods case. You can simply peel the sticker off of an actual package of dental floss, like these smart Twitter users.

Made my AirPods theft-proof! pic.twitter.com/w67daBdjAx

On one hand, the idea of hiding your AirPods behind something as gross as dental floss seems unnecessary. Wouldn’t you keep these close enough to your body that you wouldn’t fear the idea of someone getting close enough to steal them? But it’s actually rather brilliant. Any thief giving a cursory glance through your knapsack probably won’t want to take your gum cleaning string.