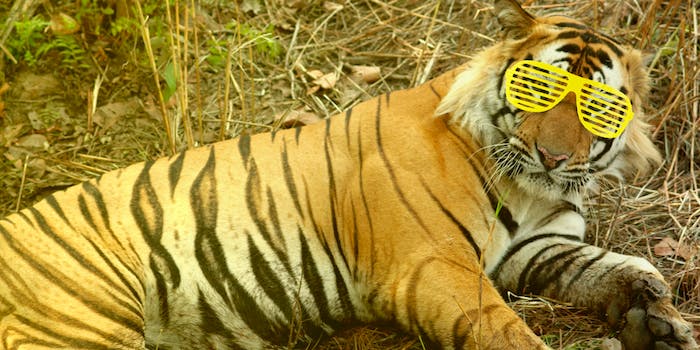 After School attempts a comeback with bans on bullying

Can anonymous apps survive without hate?

Wherever there’s an anonymous app, there are teens using it to bully each other.

After School, one of the newest applications in the growing group of social apps often referred to as “anonymish,” came under fire multiple times for safety issues when students used it for cyberbullying and gun threats. Apple pulled After School twice from the App Store for objectionable content.

But now thanks to improved safety features, After School is available once again on iOS—but this time, it’s trying to remain completely devoid of bullies.

After School requires students to sign in with their Facebook accounts to verify their location and which school they go to. Once approved, students post content while keeping their personal data completely anonymous. Students can only see posts from the schools they attend, which made it a popular resource for classroom bullies.

Cory Levy, cofounder of After School’s parent company One, told me the team spent three months figuring out the best ways to improve safety, including creating a “Safety Board,” made up of psychologists, educators, and nonprofit leaders dedicated to making the Internet a safer place for young people.

Levy said that working with the board as well as school administrators helped figure out what After School needed to make it totally safe. The application now has proactive features that respond to people who post threatening or troubling messages, as well as moderators who review every post before it gets posted live to the social network. A “mature content” filter will prevent anyone under the age of 17 from seeing mature posts, and in order to verify your age, After School requires a driver’s license scan.

“If someone writes a post that says, ‘I’m so depressed right now, I’m thinking about killing or cutting myself,’ which unfortunately we see often on our service, we immediately detect that message within a second and offer live support,” Levy said in an interview. “Our mascot comes down and says, ‘Hey, would you like to talk to someone anonymously?’” 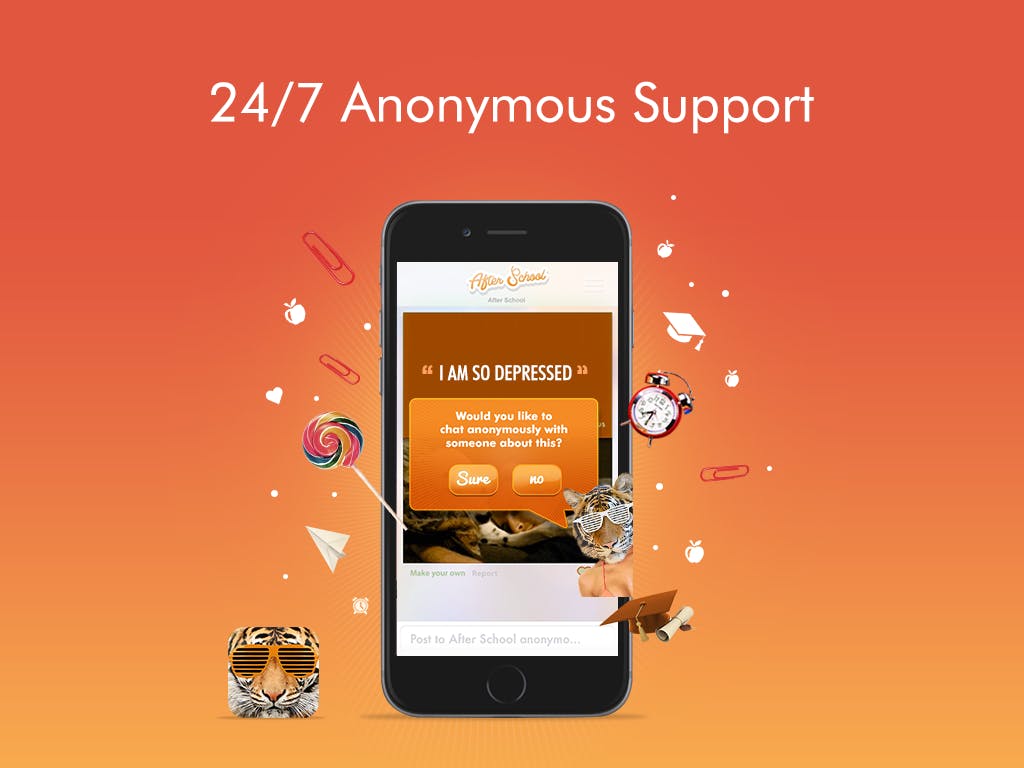 After School partners with organizations like Instawell to have a support system in place around the clock, so no matter what time a student posts a negative message, moderators can respond quickly.

Some posts on anonymous applications are similar to what you might hear in the locker room, but others can result in arrests and prosecution for teens who threaten the safety of other people. After School has seen its share of gun threats, including one teen who faced up to 40 years in prison for saying he planned to kill his teachers. The post caused a two-day lockdown at his school.

To better monitor threats made on the app, One created FIRST, the Fastest Internet Response System for Threats, an automated program that monitors posts and detects when violent threats are made on After School. The app will then automatically send emails to the proper authorities and contacts the local police, school district superintendent, and the principal to alert them to a threat made against a campus.

The app’s location services know what police department to contact, but some of the school information must be managed by hand. After School works with school districts to better understand how to keep students safe online, and Levy said administrators are very receptive to working together.

“Smart [schools] understand that anonymity is not going anywhere,” he said. “If we were to shut down After School, others would pop up, and we think it’s important to work with the school districts, parents, and students in order to make sure people don’t misuse anonymity.”

In addition to the safety updates, there’s one big change coming for app users: After School will now let you post using your own name.

With these changes, After School is taking a big risk, giving up what made it appealing to many users. When anonymous app Secret banned bullying and prevented people from naming individuals in posts, its popularity swiftly declined. But Levy isn’t too concerned that the changes to the app will alienate users.

In December, After School ran a sentiment analysis test on all posts on the application to find out how many positive, negative, or neutral posts appear in the app. The company found that 20 percent of posts were negative.

“When we did see those posts happen, the community really stepped up,” Levy said. “Like if someone was mean to someone, the community would step up and say ‘You’re awesome.’

“Kids are starting to become well aware of doing bad things on social media what can happen with that.”

As kids become more cognizant of how their actions impact others, schools, parents, and teachers are realizing how students are using anonymous technology and trying to encourage positive behavior on apps they don’t even know exist yet.

Stuart Dow, headmaster at the Emery/Weiner middle school and high school in Houston, Texas where Levy once attended, hosted an impromptu assembly for high school students after two girls approached him with a concern about Gaggle, an anonymous application riddled with cyberbullying and sexual content from students at school.

Instead of location-blocking anonymous applications like schools in the surrounding area, Dow promptly called students together in the middle of the day to remind students of how their actions on anonymous apps can cause problems in the real world.

“It’s not a technological problem, it’s an ethical problem,” Dow said. “My view is, technology is rarely the problem in anything, it’s how we use technology… I expect my students in this relatively small community to be better than this—if you do feel compelled to say something hurtful, have the guts to say it in person.”

Yik Yak is among the many anonymous apps unavailable at high schools across the country. The app implemented its own safety features and blocked itself at high schools to prevent students from posting while at school. So far, Yik Yak seems to be relatively successful despite its self-imposed block; according to App Annie, it’s among the 40 most popular apps for social networking in the App Store.

But Dow said blocking isn’t the answer. Students will find a way to use apps to harm one another just as they’ve used bathroom stalls and locker rooms for years. Like Tina Fey in Mean Girls, headmaster Dow asked students to consider what it means to post things anonymously, even if he doesn’t necessarily understand the attraction.

“I will say, I’m not convinced of the social utility of any of these things,” he said. “I don’t really understand what needs to be said about another subject or another person in an anonymous fashion—to me you lose your credibility when you say something.”

As After School’s resurrection shows, anonymous apps aren’t going anywhere. But it’s clear developers are beginning to understand the consequences of building services without thinking about the potential use cases when in the hands of hormone-filled teenagers with gossip waiting to be spilled.

Levy said the new safety features will make After School more like a bulletin board than Mean Girls‘s Burn Book (there’s even a new anonymish app causing bullying issues called Burnbook; go figure). And now that kids can post with their real name attached, perhaps the urge to spew vitriol will be eliminated. At least it won’t find its way into feeds.

“Ultimately what After School is becoming is a combination of a news source and a place where kids are using it to post, ‘Is there spirit day tomorrow?’ and ‘How should I ask this girl out to prom?’” he said.

Whether or not teens appreciate the markedly friendly interface remains to be seen. But After School is banking on students wanting to use anonymous apps as a place to digitally congregate after school, and not as just another tool for bullies.

Photo via Wikimedia (CC BY 2.0) | Remix by Max Fleishman