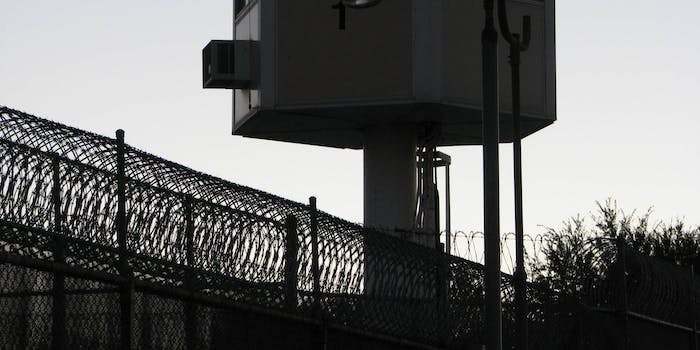 Ohio to become first state to monitor prisoners with drones

No, it’s an autonomous prison guard robot watching your every move.

Ohio will become the first state to use panopticonic drones—unmanned balloons known as aerostats, to be precise—to patrol the state’s more than 50,000 prisoners, corrections officials announced on Wednesday, Cleveland.com reports.

The tethered helium balloons will come equipped with high definition cameras and infrared devices. They’ll go up as early as next week in an effort to both monitor inmates and stop outsiders from smuggling in weapons and other contraband.

After next week’s aerostat test at the Lebanon and Warren prisons in southwest Ohio, the state is planning a six-month long test period to find out if security can be improved while costs are cut.

No human jobs will be cut, they added, not bothering to mention how that would actually save money.