On Tuesday, Facebook announced that it would be subverting ad blockers to serve up advertisements to users of the site. It took all of about 48 hours for the most popular ad blocker, Adblock Plus, to develop a workaround.

According to a post from the ad blocking software used by over 100 million people worldwide, there is a new filter that users can apply to once again remove advertisements from Facebook.

The new means of decluttering Facebook comes not from the developers of Adblock Plus but rather from its community. Users of Adblock Plus pointed out how a simple code could be added to the service’s filter list to rid the social network of advertisements. 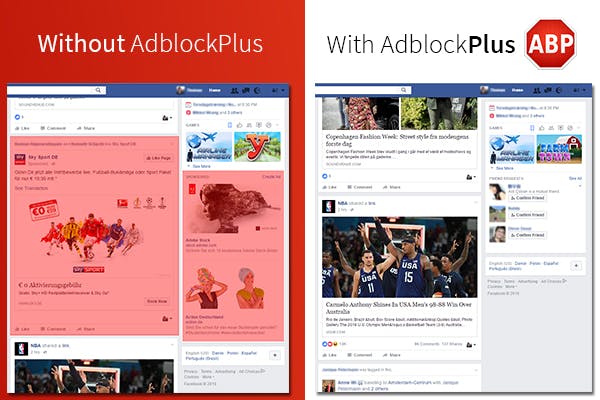 The process for updating filter lists for Adblock Plus vary based on the browser used, but is relatively similar. Find the extensions or add-ons menu, find Adblock Plus, and open the options menu. All you have to do is update your filters lists and the new Facebook ad blocking filter will be applied.

You can also manually add the filter with the following code:

In a blog post, Adblock Plus warned that the workaround could be circumvented by Facebook at any time as a part of the ongoing cat and mouse game played by companies and ad blocking services.

That notion echoes what the company told the Daily Dot in a statement regarding Facebook’s original announcement that it would be circumventing ad blockers.

At the time, a spokesperson for Adblock Plus told the Daily Dot, “Instead of wasting our time on cat-and-mouse games and other short-term solutions, let’s find out how we can address users that have opted out of traditional ads in a respectful way.”

Update 3:48pm CT, Aug. 11: A Facebook spokesperson told the Daily Dot that the company is looking to address Adblock Plus’s workaround. “We’re disappointed that ad blocking companies are punishing people on Facebook as these new attempts don’t just block ads but also posts from friends and Pages,” the Facebook spokesperson stated. “This isn’t a good experience for people and we plan to address the issue. Ad blockers are a blunt instrument, which is why we’ve instead focused on building tools like ad preferences to put control in people’s hands.”