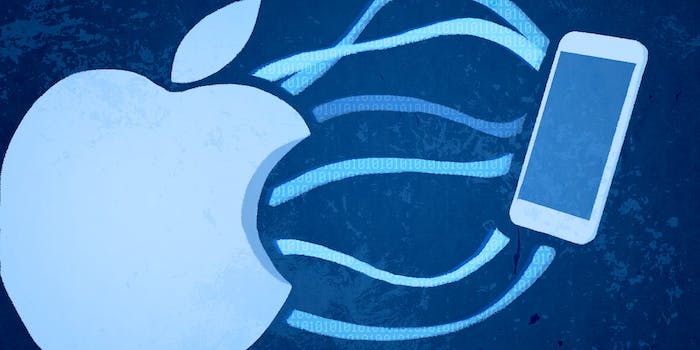 The ACLU says the order does not withstand legal tests.

The American Civil Liberties Union will file an amicus brief on Wednesday in support of Apple‘s high-profile legal battle with the U.S. Department of Justice over access to a terrorist’s iPhone.

Apple is currently fighting a court order that requires the company to create specialized software that would allow the FBI to bypass security features on the iPhone 5c of deceased San Bernardino shooter Syed Rizwan Farook.

The court is using a 220-year-old law, the All Writs Act, to compel Apple to create the modified version of the iPhone’s operating system. If Apple complies, FBI investigators would be able to flood the device with password combinations and thus bypass the encryption on the phone.

The civil-society group is also arguing that multiple conditions of the All Writs Act—the ones saying the order must not be unreasonably burdensome for the party being compelled and that the company have some connection to the investigation—are not met.

The burden on Apple isn’t just the time and resources that would be used to developed the specialized version of the operating system, the ACLU argues. The burden also includes the millions of iPhone user’s privacy and security that may be impacted by the creation of this software.

“The burden imposed here, by contrast, would be unprecedented—not just in its effect on Apple, but in its consequences for Apple’s millions of customers,” the brief says. “Simply put, what the government seeks here is an authority that would undermine American and global trust in software security updates, with catastrophic consequences for digital security and privacy.”

Apple made both these arguments last week in its motion to vacate the order. In an open letter to customers published hours after the court issued its order in the San Bernardino case, Apple CEO Tim Cook railed against the judge’s order.

The U.S. Department of Justice has claimed that Apple’s objection to the court order is primarily motivated by its “marketing strategy” and business interests.

On Monday, a magistrate judge in New York’s Eastern District Court ruled in a similar case that the government could not use the All Writs Act to compel Apple to assist law enforcement in unlocking an iPhone. The judge also decided that Congress’s failure to pass legislation on this issue showed a desire to not give the government these powers.

Here’s the full text of the ACLU’s amicus brief filed on behalf of Apple: