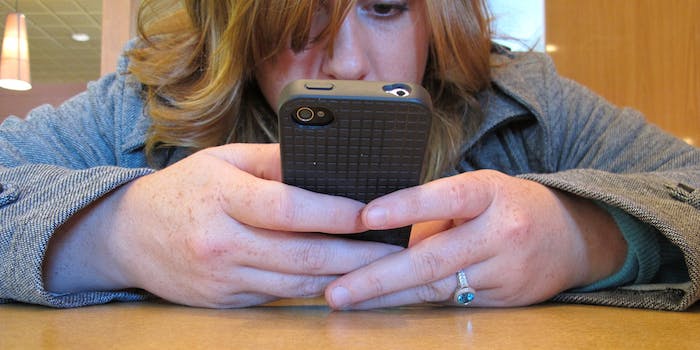 Save yourself from Twitter embarrassment with this small tweak

Last week, President Obama signed into law a bill that makes it legal to unlock your phone. The ruling opened up new possibilities for what your phone can do beyond what’s found in the App Store—including a way to save yourself from Twitter embarrassment.

Called TwitConfirm, this jailbreak tweak activates a confirmation message every time a Twitter user wants to retweet or favorite something. The simple yes-or-no question takes seconds and adds one more level of verification to make sure you didn’t do anything unintentional while you innocently scrolled through your feed.

Once downloaded onto your phone, a TwitConfirm tab will appear in your phone’s settings menu, where you’ll be able to modify its preferences. Users have the option of turning on or off the function for both retweeting and favoriting, or just one of them.

With touchscreen technology, the slight slip of a finger could mean the difference between an intentional share and an accidental flub. It happened yesterday to me: I favorited a tweet written in Spanish, and I don’t even speak Spanish.

Considering you never know what’s going to pop up on Twitter, it could have been a lot more embarrassing. Luckily, TwitConfirm thinks twice so we can continue to seamlessly scroll through our feeds.