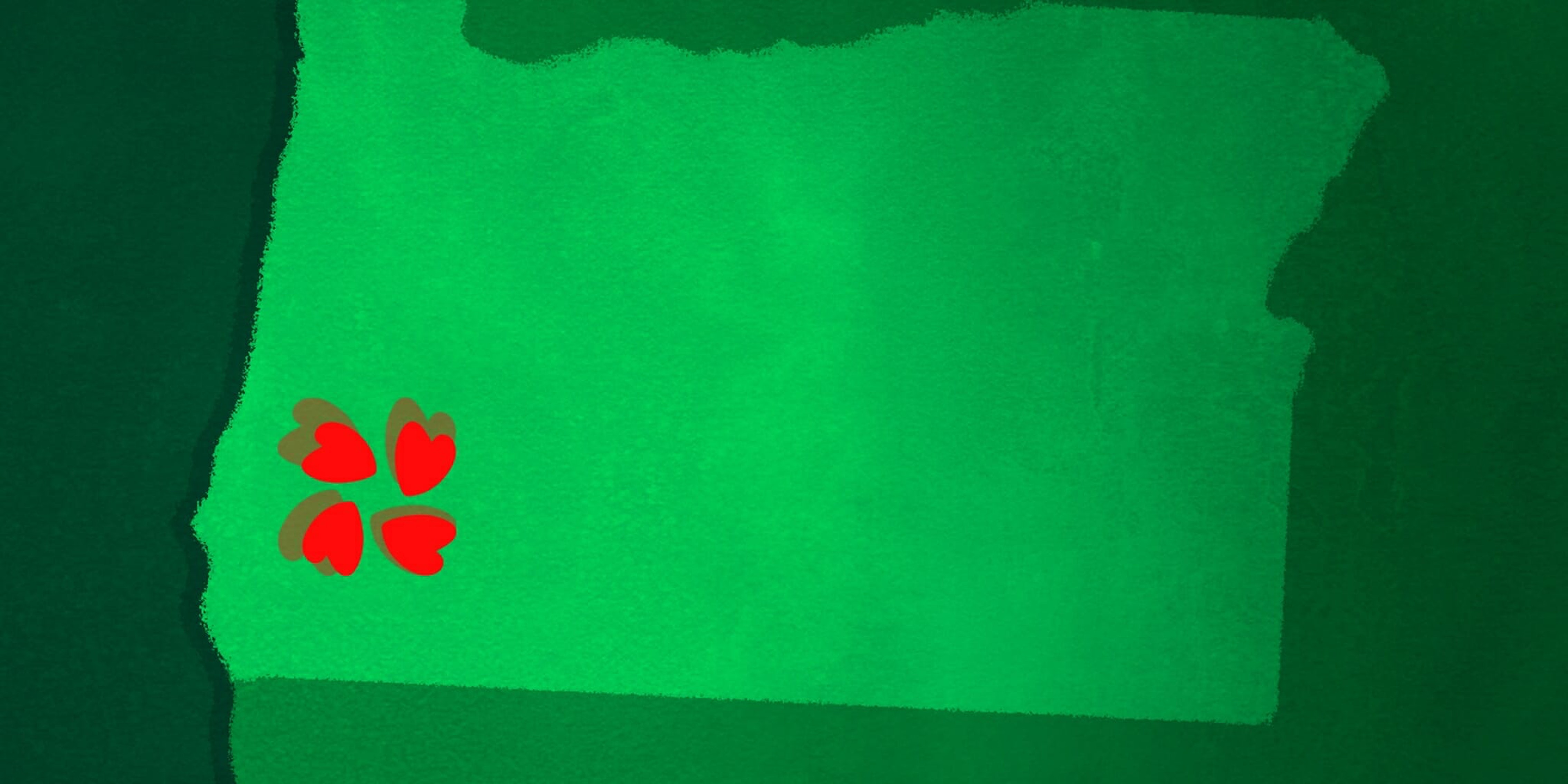 Why did 4chan try to frame one of its own for the Oregon massacre?

A 4chan meme becomes a national story on a tragic day.

An experimental 4chan forum has tried and miserably failed to frame one of its own users for the mass shooting in Oregon on Thursday.

During the past 24 hours, the board /r9k/—a board inspired by an xkcd comic and which uses a script to prohibit the post of images, memes, or other text more than once—has tried to pin the murders of nine people on a user dubbed “Eggman.”

This claim was proven false when NBC was able to confirm that Eggman was actually alive.

The so called "Egg Man" or person who 4chan and other listed as the Oregon shooter is NOT him. He is alive and has communicated to NBC.

The shooter who opened fire at Oregon’s Umpqua Community College was killed after an exchange with police. As of late Thursday, the shooter has been identified as 26-year-old Chris Harper Mercer, CBS reported. Seven people were also injured.

It is unclear when exactly Eggman began using /r9k/, or 4chan in general, but the site’s obsession with him has steadily increased since May. Photos of Eggman have circulated around /r9k/ and /b/, 4chan’s largest and most-devious imageboard, collecting tons of insults regarding his looks.

One tradition on boards like /r9k/ and elsewhere is to ask users to post photos of themselves. Because all 4chan threads expire after a certain amount of replies, users feel comfortable sharing images they assume will not be saved. This is not always the case, though, as illustrated in the following collage from early August, which also includes a photo of Eggman. 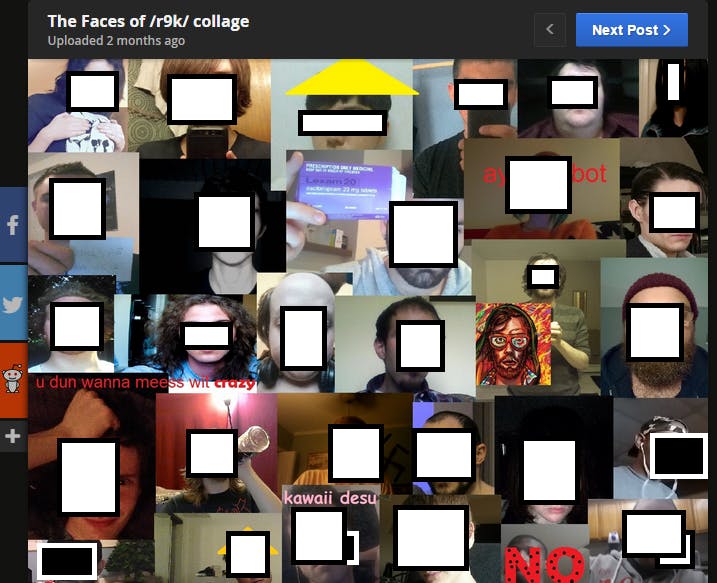 What has often been the case with 4chan: The more the community obsesses over something or someone, the more they grow to love and worship it. Eggman had become a meme. 4chan’s obsession with him can be further demonstrated in this “appreciation” thread from May. 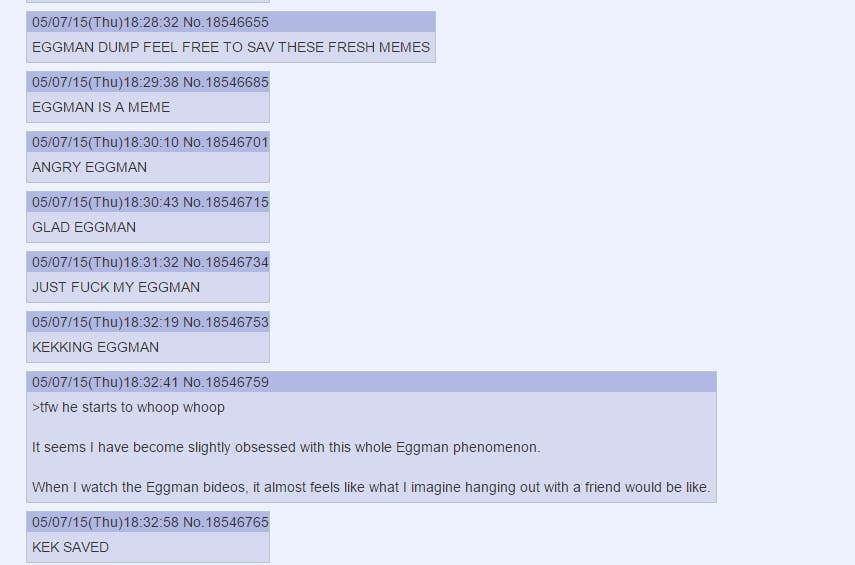 In mid-August Eggman became self-aware. Having seen how popular his photos and likeness had become, he started a YouTube channel to speak to his “fans” directly.

The videos feature him driving in his car, walking around his apartment, and trashing feminists (a popular 4chan pastime).

Eggman posted a video called “I’m done with r9k” on Aug. 19 that features him in his car seriously or sarcastically trashing the 4chan board. This veiled sarcasm was a similar tactic used by a teenager called “Dillon the hacker” in April 2014. Eggman’s video collected nearly 9,000 views. 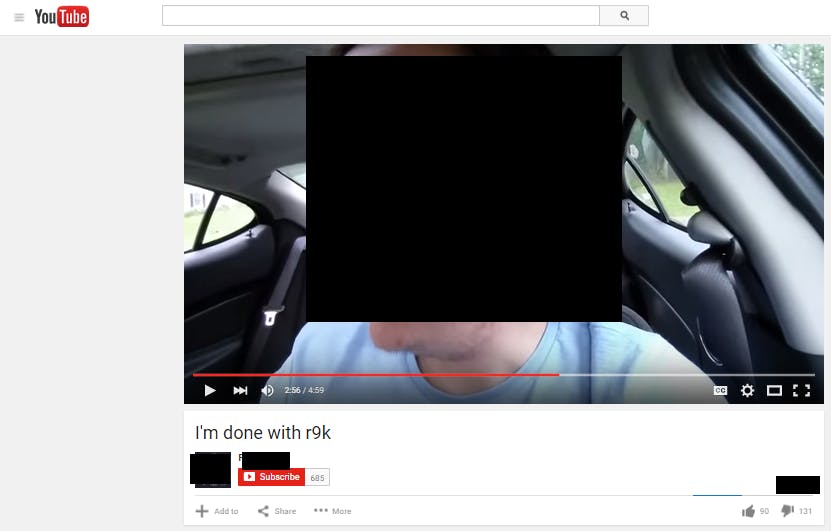 On Wednesday, Eggman posted another video to YouTube claiming to have traveled to Seattle.

“Anybody in the Seattle area, the Washington area, and want me to come, like, couch surf at their house or whatever, just hit me up dawg,” Eggman said. “I’m going to be here a few days.”

The same day that video was posted, a anonymous thread on /r9k/ was created by someone telling people to “Don’t go to school tomorrow if you are in the northwest.”

This image has been picked up by various news organizations following reports earlier today that the Oregon shooter has posted on social media before committing the murders.

According to the New York Times, federal officials are now investigating that post from Wednesday.

Correction: The death toll was lowered by police officials Thursday evening to 10.