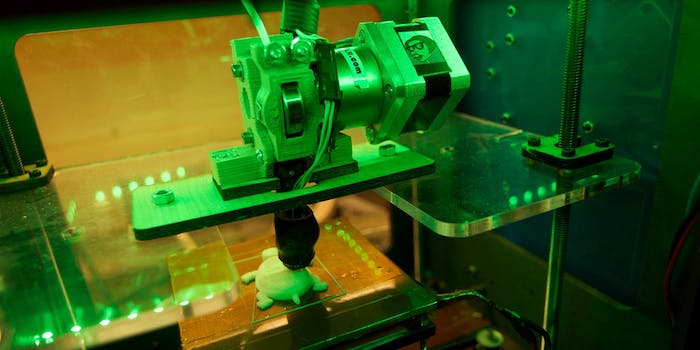 Want to work for a 3D printing company? You might want to reconsider.

Whenever a new list of “most satisfying” or “happiest” jobs is posted it’s always filled with occupations as old as time. Firefighter, teacher, and construction worker are almost always on these kinds of lists, along with plenty of other fairly standard careers. Sadly, if the rating systems of Glassdoor—a massive database of job descriptions, details, and reviews—is anything to go by, working for a 3D printing company isn’t going to appear on a list like that any time soon.

Working in a fresh faced and high tech industry such as 3D printing seems like it would be pretty cool. You’d think that manufacturing, prototyping, and conjuring useful goods out of thin air has to be pretty fulfilling. Unfortunately, it appears that really isn’t the case—at least not for most employees.

Makerbot, for instance, is one of the most recognizable names in 3D printing, but its employees are apparently quite miserable. “Arrogant, brutal, and unfeeling to customers and employees,” reads one disgruntled former employee, and there are dozens more. Overall, the company holds just a 2.3 out of 5 rating, and only 26 percent say they approve of the CEO. That’s not a very impressive vote of confidence.

That same negative sentiment carries over to several other 3D printing companies as well, including Stratasys—the company that recently acquired Makerbot—and, worst of the bunch, 3D Systems. 3D Systems holds an overall rating of 2.1 out of 5, and also has the most reviews from employees, most of which speak quite negatively about their current (or former) employer.

“Currently at rock bottom,” “Toxic culture,” and “Terrible pay” are just a few of the quotes that stick out, but there are many more. Reviewers also note trouble with the CEO, unresponsive management, and an overall useless corporate strategy as reasons job searchers should avoid 3D Systems like the plague.

While this all might sound a bit doom-and-gloomy, it’s worth noting that companies built around emerging technologies often have to deal with cultivating a corporate culture out of thin air while also dealing with the fast-paced changes that accompany new tech. There is no real model for a 3D printing company with long-term success because the industry is simply too new.

Combine all that with the fact that many Wall Street watchers are questioning how a 3D printing company can even stay profitable over the long term, and you have a recipe for volatile work environments.