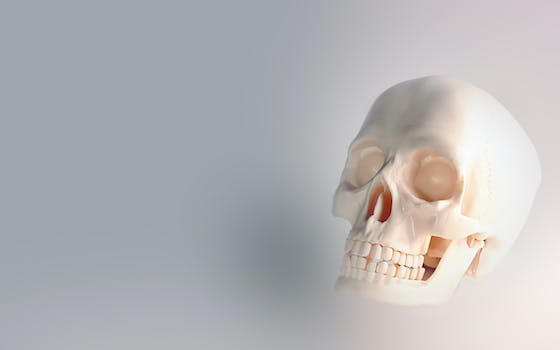 Doctors said the tumor wasn't a problem, so a husband decided to go hands-on.

According to a story in Make Zine, a 3D-printing enthusiast saved his wife’s eyesight with the help of his MakerBot. Michael Balzer, former software engineer and technical instructor for the Air Force, used his 3D-imaging to build a 3D replica of a tumor found behind the eye of his wife, Pamela Shauvan Scott.

Scott had undergone invasive thyroid surgery and learned about the tumor when she went in for a check-up for frequent migraines. After a disappointing experience with actual medical practitioners, who initially ruled the tumor out to be non-problematic, the duo decided on a new approach. Instead of following the doctor’s suggestion to get another check-up in a year, Balzer decided to take matters into his own hands.

The couple sent the MRI results revealing the three-centimeter tumor lodged behind Scott’s left eye to neurologists all over the country, and their collective second opinion was almost unanimous: Further surgery is needed to remove the tumor, and stat.

Balzer then asked Scott for her imaging files so he could work on them on his own. A few months later, Scott went for another MRI scan and was given an alarming report that her tumor had grown exponentially, making it seem like an even more serious threat than previously diagnosed. While this was taking place, however, Balzer had a Photoshop mock-up layering the new imaging data with the previous set that proved otherwise.  The tumor didn’t increase in size, but it was still very much there, and still needed to be dealt with.

“I thought, ‘why don’t we take it to the next level?’” Balzer told Make Zine. “Let’s see what kind of tools are available so that I can take the DICOMs (digital format for medical imaging data), which are 2D slices, and convert them into a 3D model.”

He created a 3D rendering of Scott’s cranium, along with a representation of the tumor viewable from various angles. He then uploaded his work to Sketchfab so he could easily share his 3D model with neurosurgeons all over the country, hoping to find someone willing to work on Scott’s case.

Balzer’s work paid off: A neurosurgeon from the hospital where Scott had her thyroid removed was willing to help and suggested a minimally invasive procedure that involved accessing the tumor through the eyelid and removing it via micro drill. Balzer even used his MakerBot to 3D-print life-size models of part of his wife’s skull. He sent one to the doctor who was conducting the surgery.

This story has a happy ending: Scott successfully had the tumor removed last year, which was found almost entrenched with her optic nerves by the time it was operated on; had she waited six more months before getting surgery, she would have suffered potentially permanent damage to her eyesight.

Balzer (who hosts a podcast called All Things 3D) is reportedly working on a product that combines portable 3D-scanning technology with an online platform that allows patients and doctors to share medical image scans through a secure cloud server.