TJ Owens provides plans for you to make one of your own, but warns you to "expect frustration."

You can build a teensy working classic Nintendo console—but it won’t be easy.

Engineer and Thingiverse user TJ Owens has created a miniature replica of the classic NES gaming system using a 3D printer and a barebones Raspberry Pi computer. In the instructional writeup, Owens warns that “this project is not for the faint of heart. Expect frustration.” The best part? It actually plays games.

Inspired by the RetroPie project, an effort to turn the Raspberry Pi into a dedicated system for playing vintage video games, Owens’ miniature NES makes a wonderfully suitable housing for nostalgic delight. After printing the case components in PLA plastic, he sanded and painted them to give the creation the classic gray and black look that so many adults remember from their childhood. There’s just one major physical difference: This NES is tiny.

Debuting in the United States in 1985, Nintendo’s original breakthrough gaming system occupied a footprint of 10 by 8 inches, about the same as an old VCR. Owens’ modern reimagining of the device is a fraction of the size, just 3 by 2 inches. It stays true to the aspect ratios of the original device.

Here are pictures of the finished product and the electronic guts contained inside, though the lack of a comparison object makes it difficult to establish the small scale of Owens’ creation, this thing fits in the palm of your hand. 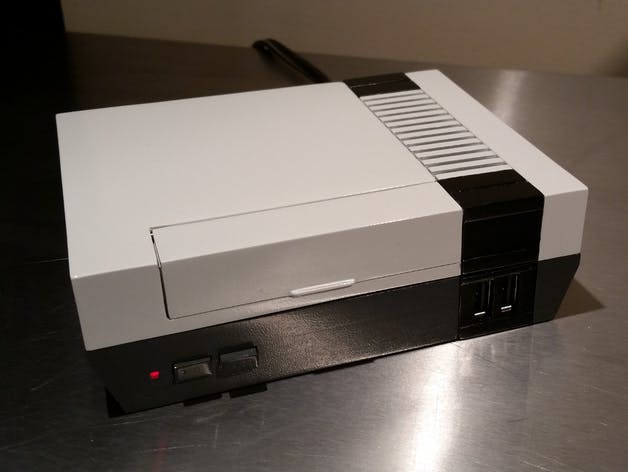 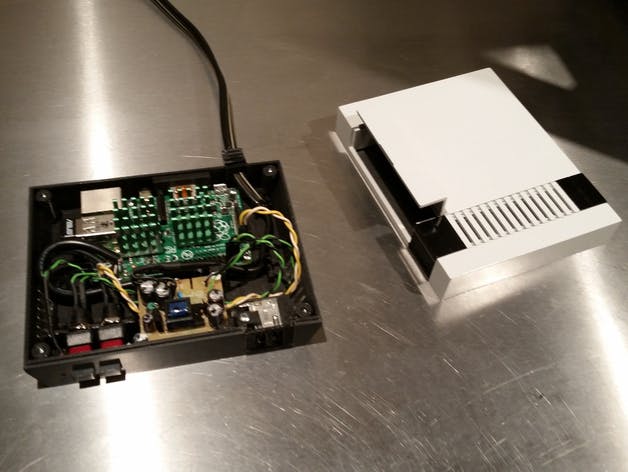 Of course the only question that matters is whether or not it can play any games. The Raspberry Pi computing platform is certainly robust enough to run old NES titles on its processor, but Owens will take things step further than that. He plans to make miniature NES cartridges that use RFID tags to queue up the appropriate game to play from the computer’s memory.