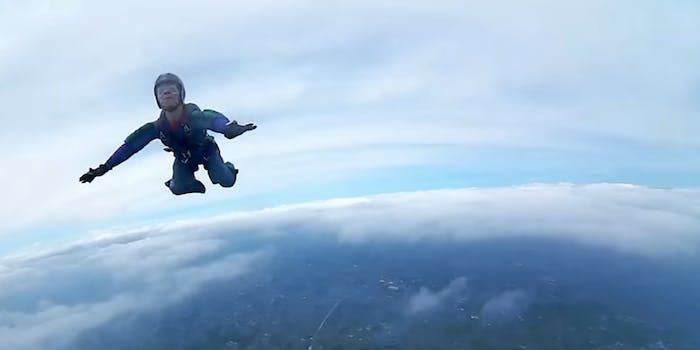 In an attempt to stay ahead of the curve and support emerging video formats, Google on Monday announced support for 360-degree videos on YouTube.

“We’re working to support 360 degree videos in the coming weeks,” a YouTube spokesperson told the Verge in a statement.

Google made the announcement in conjunction with the unveiling, at the Consumer Electronics Show, of several 360-degree cameras. Chief among them is the the Giroptics 360cam, which will hit the market this quarter and support direct uploading to YouTube. The 360cam, which also will include the ability to pin videos to Google’s Street View mapping service, joins the Ricoh Theta and Kodak’s Pixpro SP360 in the pantheon of 360-degree video cameras that YouTube will support.

The Kodak PIXPRO SP360 uses a single 360 degree curved lens to capture 360 videos, while the other two models use a trio of fisheye lenses to simultaneously capture video and then stitch the frames together to create the final product. The Giroptics camera was manufactured in France after a Kickstarter campaign to support it raised $1.4 million.

The 360cam retails for $499, while the Ricoh Theta sells for $359 and the Kodak Pixpro costs $349. All three cameras come with built-in Wi-Fi and support several iOS and Android controller apps.

GoPro, the leading video camera of amateur action filmmakers, has yet to announce a 360-degree model, but a number of mounting providers such as 360Heroes offer peripherals that can house GoPro cameras to help simulate spherical videos.

H/T The Verge | Screengrab via Kodak/YouTube