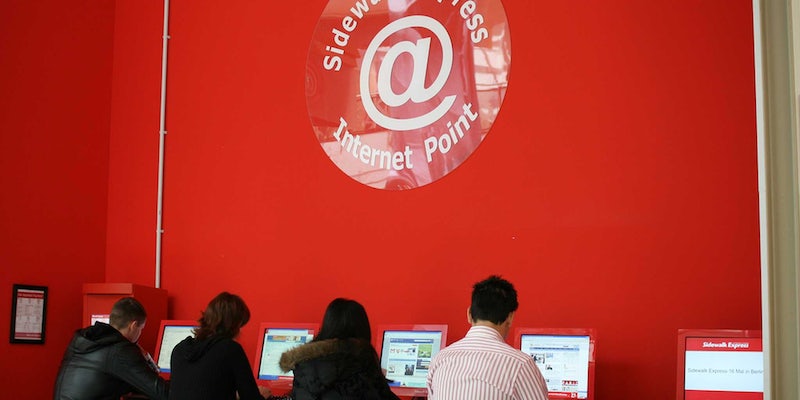 UN report says by end of year, there will be 3 billion Internet users

If you’re in a group of amish anarchists or doomsday preppers who believe the Internet is just a fad, you may want to take a seat in your reclaimed horse buggy or spam-lined bunker. According to the latest UN report, the number of global Internet users will hit 3 billion—40 percent of the world’s population—by the end of the year, with 2 billion of those users residing in the developing world.

The report from the United Nations International Telecommunications Union states that Internet usage in Africa will reach 20 percent by the end of 2014, up from 10 percent in 2010. Europe is the leader in the clubhouse when it comes to Internet penetration, with 75 percent of the population online by the end of the year, compared to 66 percent of the Americas connected before 2015, continuing America’s amazing streak of sucking at everything Internet–related.

A third of the world will have smartphones by the end of the 2014, with 2.3 billion active smartphones. Basic cell phone use has increased globally as well, as mobile subscriptions close in on 7 billion. Africa, which has had the lowest rate of cell phone users globally for years will reach 69 percent by the end of 2014. Europe and the Americas have reached cell phone penetration rates above 100 percent (thanks to all those weirdos with two phones… like me).

All of these delightful statistics are just motivation for Zuckerberg and his collection of cohorts who plan to place us in a state of suspended animation while they pipe ads into our brains, but for the rest of humanity, it means you can spend less time looking at and speaking to your loved ones while you stalk your ex or play another riveting game of Candy Crush.

Photo via nicolasnova/Flickr (CC BY 2.0)