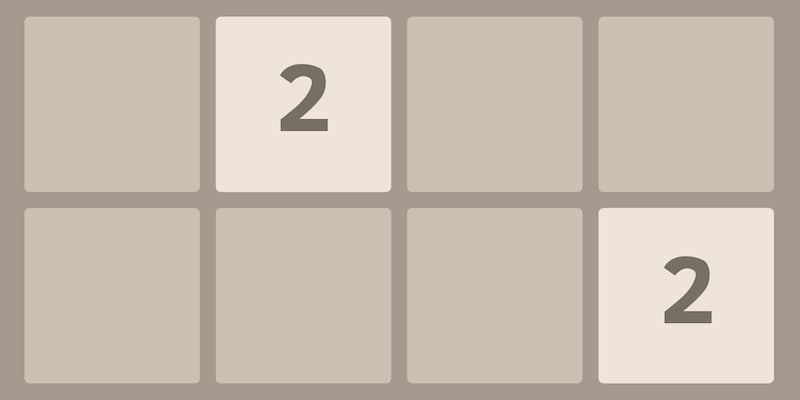 This hyper-addictive math game is driving the Internet insane

Busy day? Too bad. 2048 promises to ruin any chance you have of clearing your desk.

Busy day? Too bad. This hyper-addictive math game promises to ruin any chance you have of finishing your crushing workload. 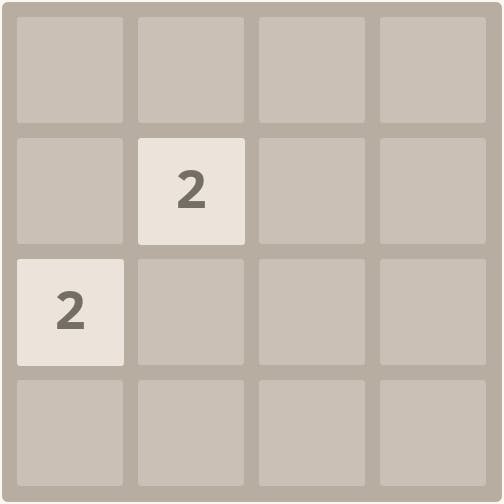 The premise is simple: pressing the directional keys will shift all the tiles on the board in a given direction, then add a new tile. Every time two tiles with the same numerical value collide, they merge into one, with a value equal to the two previous tiles combined. The aim of the game? Reach 2048. 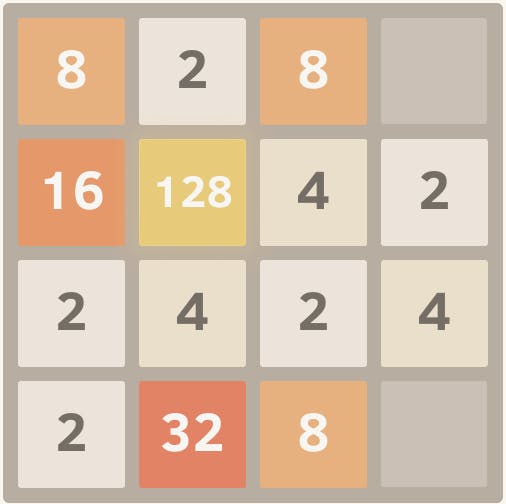 It’s nothing but basic math, the integral powers of two, going up indefinitely—2, 4, 8, 16, 32, 64, 128, and so on. But before too long, once straightforward motions are cluttered by random unpaired tiles, the board inexorably fills, and the game grinds to a halt. 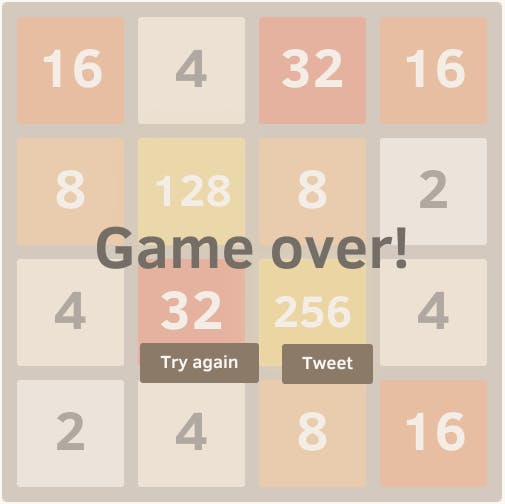 It’s uniquely addictive because reaching each new power requires twice as much time as the one before. Making the jump from 128 to 256 will require you to work through the entire sequence again to get a second 128. Then, to hit 512, you’ll need another 256, and it’ll take the same amount of time again.

It’s the same principle as what made viral game Cookie Clicker so addictive: forever increasing effort producing forever decreasing rewards—in this case, reaching the next tile—with that early, addictive buzz driving players on for longer and longer in order to get that dopamine hit again.

The difference to Cookie Clicker is, of course, that 2048 has a predetermined end point. But getting there is no easy feat, and people have turned out in droves to lament 2048’s uniquely powerful time-sapping qualities:

DO NOT try https://t.co/G8psSBiNTH I repeat: DO NOT! #addictive #game

Is there rehab for the 2048 game? Because I definitely have a problem…

Not put off? The link is here, so play at your peril.

The designer, Gabriele Cirulli, says he has “no plans to monetize 2048.” His only intention is that it is “free and playable by anyone who enjoys playing it.” Imposters are already creeping into the Google Play Store, but he stresses there is no plan for a mobile app, either for Android or iOS.

For now, and perhaps fairly, he’s content to sit on Twitter and gloat over his success—a success that may well be a double-edged sword.

I am your productivity’s worst nightmare. https://t.co/zaPLfvCSwK

Just realized I am also my own productivity’s worst nightmare.