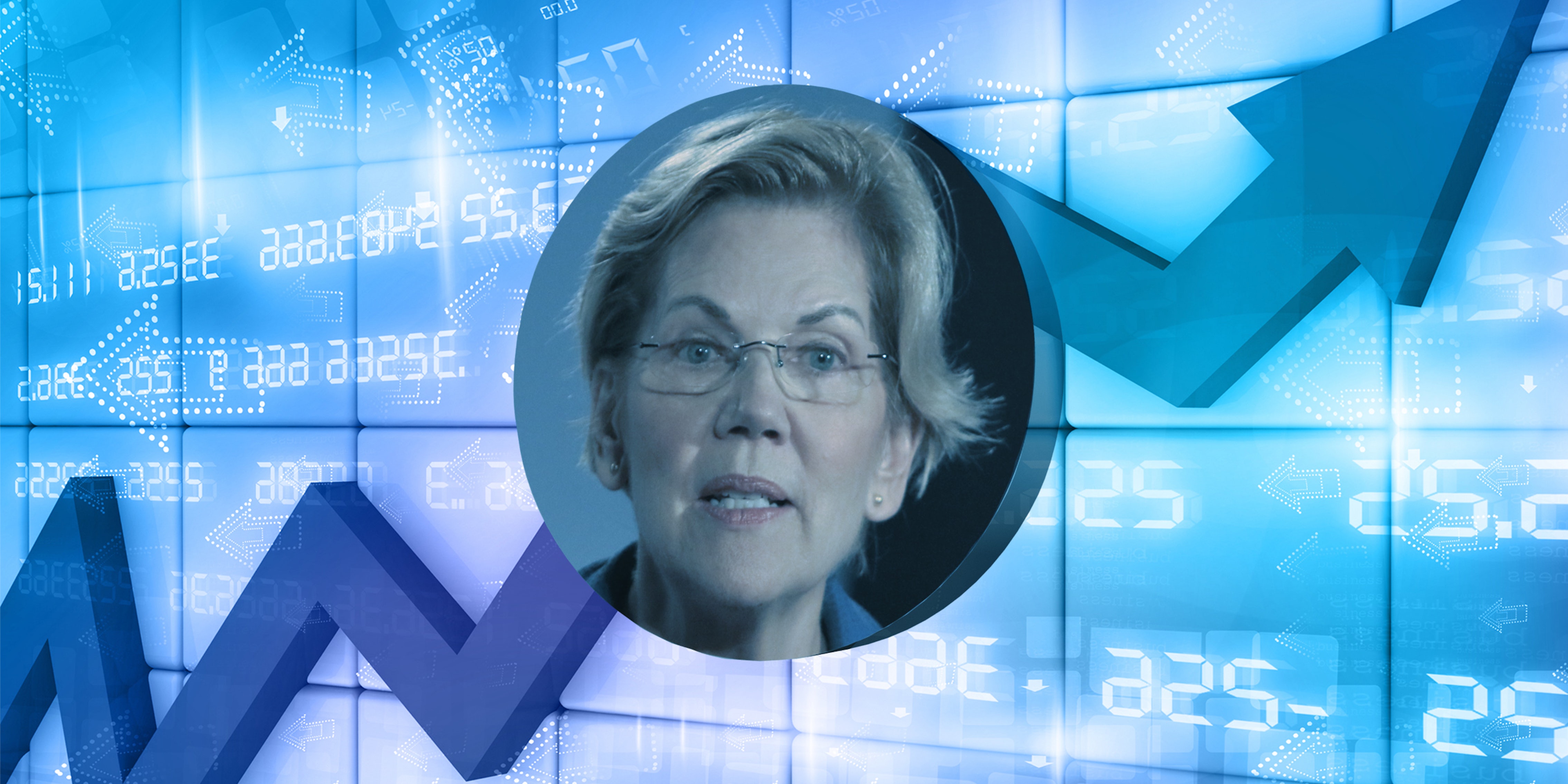 What a month of gambling on the 2020 election taught me

Well, yes I can, and you can too: It’s called PredictIt.

PredictIt, an online “prediction market,” allows Americans to put money on such questions like whether Roger Stone will be convicted in 2019 or whether Trump’s next Supreme Court nominee will be a woman. Gambling on elections is illegal in the United States, but PredictIt is a market where you can buy shares of predictions on outcomes, and this is America, and we like stocks, and we’re a free country.

More precisely, PredictIt has been approved by the Commodity Futures Trading Commission to operate under the auspices of the Victoria University of Wellington in New Zealand as a not-for-profit academic research tool, similar to the Iowa Electronic Markets. PredictIt’s website lists over 100 research partners include the Economist and professors from MIT and Yale, some in political science, data science, and behavioral economics. But for most people, it’s just a fun thing.

Each PredictIt prediction is valued at a certain number of cents out of a dollar, with “yes” and “no” shares. Every share you buy is matched by a share purchased by an anonymous person making the opposite “prediction,” completing a hypothetical dollar. The person who predicted correctly will get the full dollar back (after PredictIt’s 10% cut of the profits), but you can trade before the outcome is decided.

Sometimes PredictIt is a better forecasting tool than the news, agile enough to move in real-time while polls lag behind stories by a day or two.

Sometimes, not so much.

Markets can be easily skewed by over-enthusiastic fans who bet fast and loose on their favorites. Pump-and-dump schemes shitpost their way into the comments section. Under a 2016 debate market proposing that “Donald Trump shall utter the phrase ‘Crooked Hillary,’” one commenter claimed that “insiders” had “just confirmed that DT will say ‘Crooked H’ at some points of the debate. Get rid off the NO Shares asap. You have only 15 min to act !!!” This proved inaccurate.

But the beauty is that PredictIt’s comments reward investors for communally weeding out misinformation, objectively and collectively treating the news as a volatile market.

“I mean, you know, comment sections are always a mess,” PredictIt’s Head of Public Engagement Will Jennings told the Daily Dot. “But you have people coming to a consensus about what’s reliable information amongst themselves from putting money down.”

That makes PredictIt deeply American. While U.K. bookmakers have long taken bets on outcomes of American elections (and lost millions on them), they take fewer bets, on a longer timeline, through more of an absurdist lens, and unfettered by cable news addiction. (They seem primarily concerned with impeachment odds, but the impish Irish bookmaker Paddy Power also has 50/1 odds on Trump to remarry a fourth time while in office.) PredictIt’s U.S. breaking news-paced hypotheticals both scratch my itch to quash hype and to be remunerated for my service.

The PredictIt investment limit on any particular market is $850, but you can still make a ton of money if you buy, say, $850 in one-cent shares. Neuroscientist Jason Pipkin, who calls PredictIt his “second job,” has gotten the weekly Trump Twitter market down to a science.

On the day that Trump retweeted nearly 60 firefighters, Pipkin made about $2,500 correctly predicting a POTUS tweetstorm after the firefighters’ endorsement of Joe Biden.

I started with something less granular: Will the United States elect a woman president in 2020?

The going rate on “yes” for a woman president is 19 cents a share, so every “yes” share I buy is matched by some cynical horrible misogynist paying 81 cents for “no.” Let’s say I buy 500 shares, which adds up to $95 spent. And then a woman wins the election! After PredictIt’s 10% fee on profits and 5% withdrawal fee, I end up with $436.53 in my pocket.

Nineteen cents on a woman president seems almost insultingly low, but then again, it’s somewhat realistic if you factor in that Trump is probably eating up half of the percentage points, and the top three candidates on PredictIt’s DemNom (Democratic Nominee) market right now are male. The real mover on PredictIt has been Mayor Pete Buttigieg, who briefly unseated Biden’s comfortable top slot on PredictIt’s DemNom market, and has settled in around third.

Seeking professional input on my investment, I turn to Joe Lee, head of Trump betting at Paddy Power. Lee’s convinced that my plan to track the election markets during the slow summer news cycle is futile.

“For the Democrats in 2020 only one thing matters… the focus is all on who can defeat Donald Trump,” he said. (That guy, in Lee’s book, is Biden.) “This potentially supersedes any policy positions the candidates may wish to take and therefore the candidate that is rising in the polls with gusto will have the Democratic masses row in behind them.”

I interpret this to mean that Warren’s policy-forward strategy doesn’t resonate as much with U.K. watchers as Biden’s promise to kick Trump’s ass behind the gym.

I have no data showing that those odds are off, but I want to prove him wrong.

Until now, Warren—who’s recently been barnstorming with her “I have a plan” message—has slunk down to nowhere on both the U.K. odds and PredictIt; Biden is leading by landslide proportions; Sen. Bernie Sanders (I-Vt.) has long been a solid second on PredictIt and the U.K. books. At her worst this spring, Warren was trading at 6 cents, behind Buttigieg, Sanders, Biden, Sen. Kamala Harris (D-Calif.), Andrew Yang, and frickin’ Beto O’Rourke, in that order, on the DemNom market, which is consistent with U.K. bookmakers’ odds. Lee thinks the Pocahontas thing could be her downfall.

Harris and Sen. Amy Klobuchar (D-Minn.)—both with viral fodder from the Senate Judiciary Committee—have been wrestling with their backgrounds as prosecutors. But Harris has proven more successful in her self-branding as a “progressive prosecutor” and has been hanging stable on PredictIt’s DemNom market around 14-11 cents, to Klobuchar’s measly 2, behind Hillary Clinton, who is not running.

Sen. Kirsten Gillibrand (D-N.Y.), who’s clinched surprise wins in the House and Senate before, is not even on about half of the U.K. books, or else is around 100/1, same as Michelle Obama, who is also not running.

Some lady named Marianne Williamson is also running. It could add up to money in the bank.

Warren surging! Judging purely by this week’s headlines, it seems that people (on PredictIt) have taken to policy proposals over the broader “beat Trump” rhetoric Biden’s serving. On Wednesday, Warren overtakes Sanders for second place on the DemNom market; by Thursday, she’s sneaking up on Biden at 21 cents to his 25. By Sunday, “woman for president” is valued at 25 cents. Apparently, her “I have a plan for that” plan is working.

Were I to cash out now, I stand to walk away with (before PredictIt’s profit and withdrawal fees, etc) an extra $30. Just for having a little faith.

CNN and other outlets are reporting that Buttigieg, in fourth on the DemNom market at 15 cents, has been building a war chest.

The YangGang is storming PredictIt, and concurrently the woman president market has slipped to 22 cents. On Thursday, PredictIt’s most famous trader and self-described “whale of PredictIt” Rainbow Jeremy tweets that Yang is up 12% on the DemNom market. Yang, who tweets like 15 times a day, is scaling up his social following to over 300,000. A small Business Insider poll declares that he and Klobuchar have the “most enthusiastic” supporters.

Whatever you make of that information (Quinnipiac puts both of their poll numbers around 1%), Klobuchar’s supporters aren’t coming to PredictIt. That’s not surprising; there are a lot of Mikes and Marks and Toms and Bobs in the comments, which is a mix of Bernie Brotherhood and YangGang playfully jockeying in small alliances with crappy poll graphics. The “woman for president” question predictably attracts heinous Michelle Obama memes.

Some express solidarity, like offering to Venmo when fellow traders run out of money. Sometimes it’s just a conversation of movie plots.

They are generally not Biden fans.

On the eve of Juneteenth, the anniversary of the abolition of slavery in Texas and a House Judiciary Committee hearing on reparations, Biden tells donors at a fundraiser that back when he was working with racist segregationist senator Herman Talmadge that “at least there was some civility.”

Sen. Cory Booker (D-N.J.) and Harris call for apologies, and Mayor Bill de Blasio (who is still not on PredictIt’s overall 2020 presidential market) tweets a photo of his family. Biden refuses to apologize. He’s trading at 27 cents (in a field of seven real contenders, with Booker at four cents) and loses a couple of cents over the week—not insignificant but still holding a comfortable five-cent lead over Warren.

Meanwhile, trader Jason Pipkin observes that Trump seems to be in a “middling mood” this week. Trump is teasing war with Iran, which has just promised to renege on its Obama-era deal not to develop nuclear weapons after the Trump administration imposed economic sanctions; there are two attacks on U.S. oil tankers by unknown actors; Iran downs a U.S. surveillance drone.

“He doesn’t want to deal with it, but he might have to put on his presidential Trump hat for a bit,” Pipkin said. “So that might slow things down. I’m waiting.” The following day, Trump tweets that he was “cocked and loaded” to attack Iran, potentially killing 150 people, before he’d changed his mind at the last minute.

Elsewhere, a Black man is shot by a white police officer who was not using his body camera in South Bend, Indiana, where Buttigieg is mayor.

Will America respond to Yang 2020’s Universal Basic Income plan, blowing the other candidates out of the water? Yang thinks so. Yang tweets a screengrab of PredictIt, showing his 15 cent value on the 2020 market (third place behind Trump and Biden), writing: “the internet is wise.”

An anticipated Yang surge seems to be the subtext of one of PredictIt’s special debate week markets: Whether a lower-tier Democratic candidate will rise significantly in the polls. Rainbow Jeremy calls it an “idiot tax” on the YangGang, who are staking their money on a post-debate bump.

Meanwhile, Trump’s upcoming trip to Japan gives rise to speculation about whether Air Force One has Wi-Fi and whether he will unleash a tweetstorm when he lands.

By now, even Paddy Power has odds shortening on Dems/Warren from 18 to 9 since June 10. By 4:15pm on Wednesday, hours before the first debate, PredictIt comments are on fire, at about 29 per second—so fast that my Disqus can’t keep up. My notes, between the comments and the screen, look something like this:

Warren.. We need a plan for mitch mcconnell … chuck todd asked her about…

Holy shit warren’s coming up on biden by one cent

Oh god de blas is up to 2 cents

It’s all too much. But at the end of the night, the DemNom hierarchy is more or less intact.

I am suddenly a person who dreams in predictions. I fall asleep thinking of de Blasio’s inability to work with Andrew Cuomo and wake up thinking there should be a prediction market for a potential Trump student debt plan.

By Thursday afternoon, with the second debate upon us, Yang is level with Sanders in third place on DemNom. But it doesn’t matter because Harris is about to launch into Biden. My notes:

By Friday morning, the woman president market is trading at 26 cents, putting me at $130. By Friday night, I’m at $155. By Saturday night, it’s trading at 34 cents, making me officially rich.

Whitney Kimball is a New York-based freelance writer, Sunday cartoonist, and former editor for Art F City, Hopes & Fears, and Jezebel. She can be reached at whitneykimball.com.