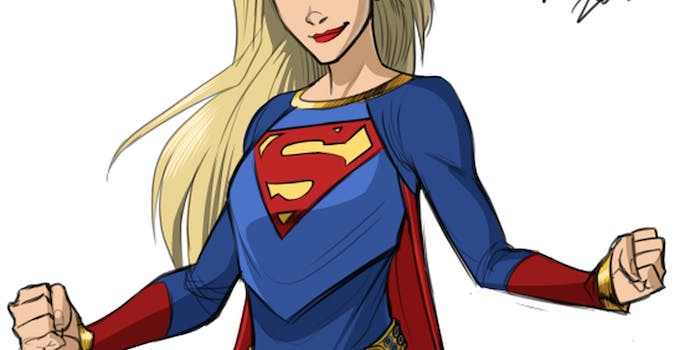 Fighting crime has to be a little easier when you're not in a corset.

Supergirl may be a woman of steel, but is a red, blue, and gold cheerleader uniform really the most practical outfit for fighting crime? While many superhero costumes can be a little beyond the pale (Ben Affleck’s red pleather catsuit in Daredevil comes to mind), their female counterparts are almost always worse.

Superheroine costumes can be a major point of contention for comics fans. Wonder Woman’s red bustier and star-spangled short-shorts are iconic, but do all female superheroes need to wear a swimsuit and heels when battling the forces of darkness? NBC’s failed Wonder Woman pilot tried to redesign her suit with pants rather than a skirt or shorts, but the end result was something that looked more like a Halloween costume.

From Rule 63 (genderbent) Wonder Man to 1950s retro art to present-day street fashion, Wonder Woman has been reinterpreted by many fan artists and cosplayers over the years. The latest version comes from webcomic artist Michael Lee Lunsford, who has now drawn an entire series of what he describes as “fully dressed redesigns of superheroines.” 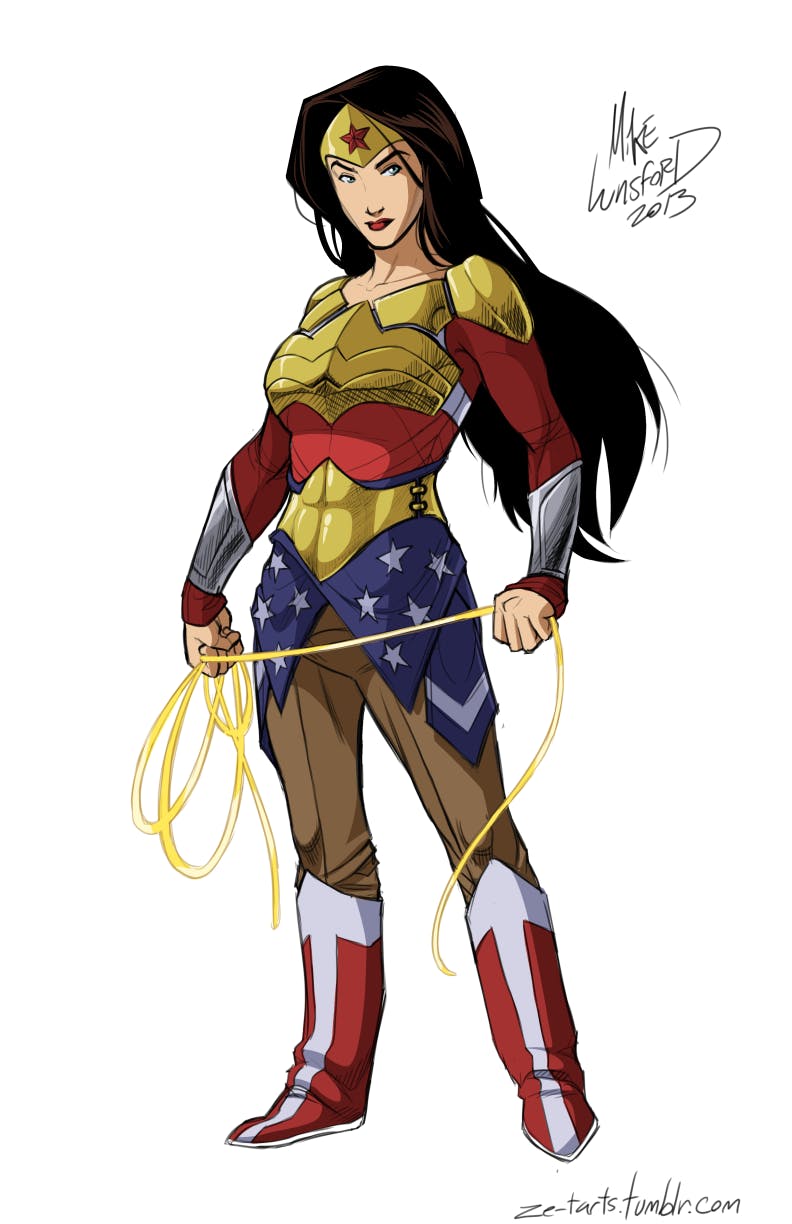 The brown pants may be a little iffy, but this version of Wonder Woman seems a lot more battle-ready than Adrianne Palicki in that NBC pilot. Plus her convex chestplate would actually deflect blows from enemy weapons, rather than digging into her sternum and rib cage whenever she took a hit. 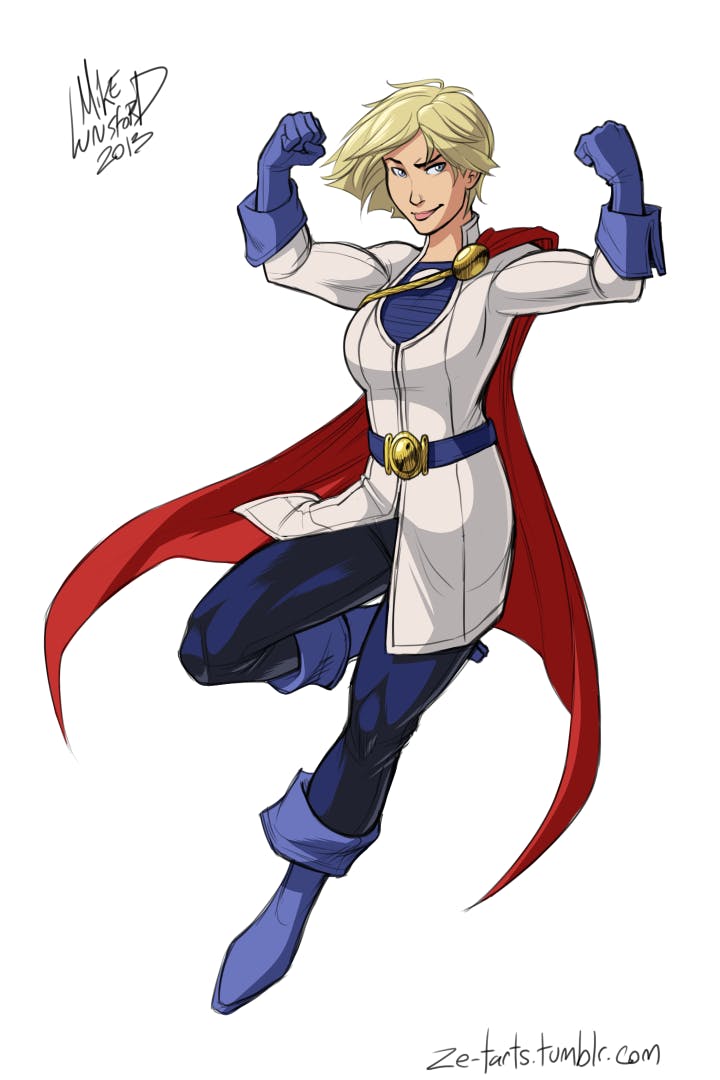 Power Girl’s costume has changed over the years, but one aspect always seems to stay the same. While Superman and Batman usually have their symbol emblazoned across the chest of their uniforms, Power Girl has a giant, inexplicable cleavage window. Not so in this redesign! 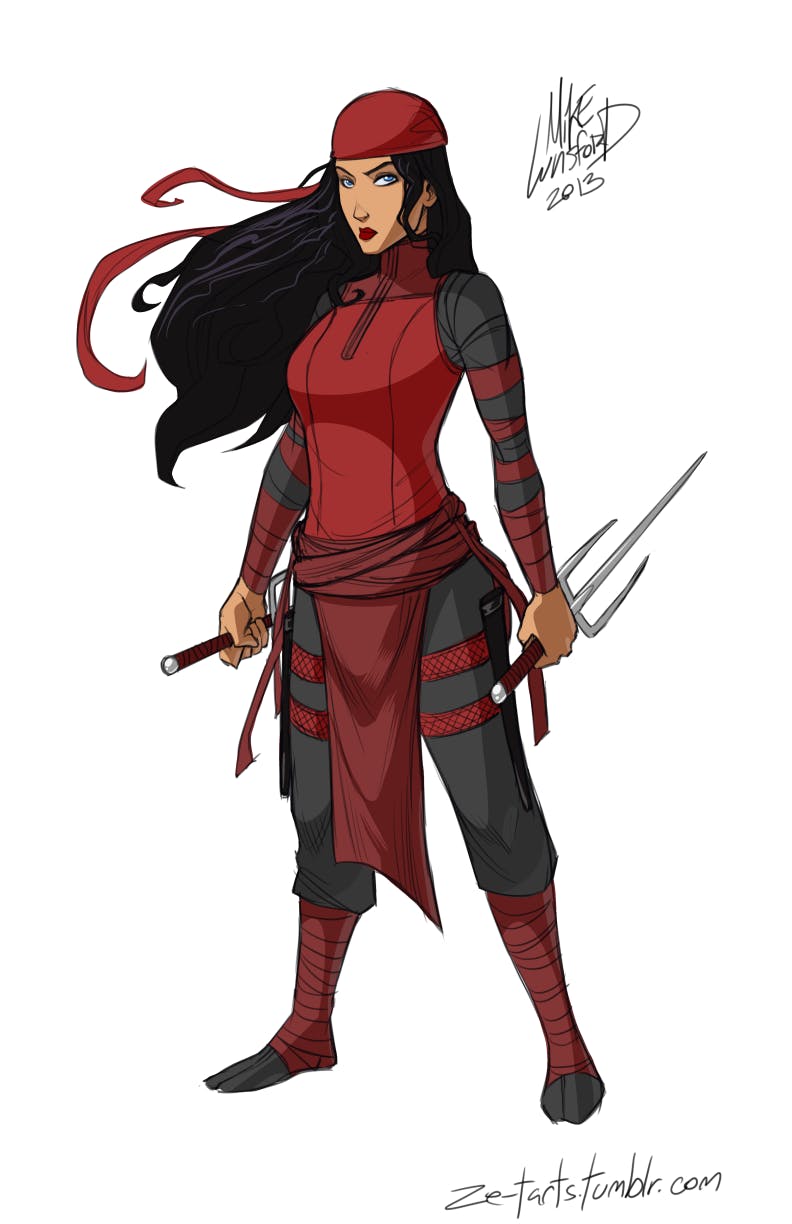 Elektra is less well-known than Wonder Woman or Supergirl, mostly recognized outside comic-book circles because of the 2005 film starring Jennifer Garner. Since Elektra is a ninja assassin, we think this fan art version seems a little more plausible than Garner’s lingerie-themed costume in the movie.

Writing on his Tumblr, Lunsford assures readers that the fully-clothed redesigns weren’t drawn out of any kind of moralistic desire to get the superheroines to “cover up”:

“Point of this: An exercise in character design, attempting to clothe the heroines nearly all the way and not making them painted-on, while still keeping the look of their original costumes in some way…. NOT the point of this: some moral code I’m trying to push on you.”

Either way, they seem pretty popular. And if you’re interested in seeing more, Lunsford is now working on Super-Casuals: superhero costumes redrawn as casual wear.