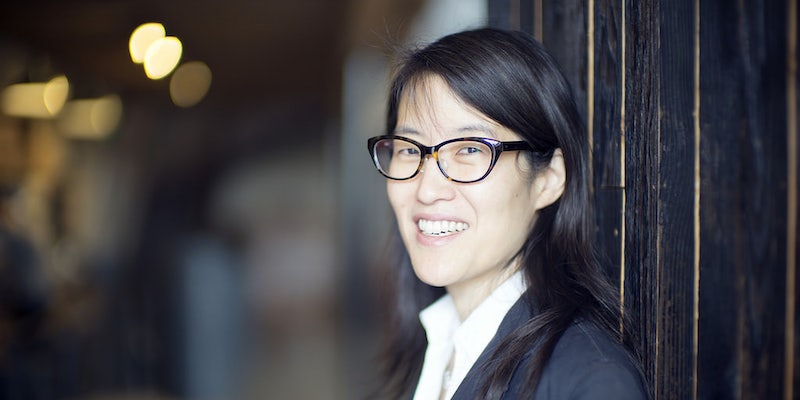 The biggest threat to Ellen Pao wasn't just the culture of the site. It was the one in the board room.

One of the factors that has made the recent upheaval at Reddit so interesting is how much of the company’s corporate bickering has taken place in public. Reddit administrators and executives are famous for utilizing their own personal Reddit accounts for interacting with the community at large. Last week’s ouster of Interim CEO Ellen Pao—amid a cocktail of valid community complaints and misogynistic bile—had current and former executives flocking to portray themselves in the best light possible.

Director of Talent Victoria Taylor—who largely coordinated the site’s popular Ask Me Anything sessions and served as the liaison between administrators and the community—publicly thanked redditors for their support after her firing earlier this month. Chairman and co-founder Alexis Ohanian largely attempted to tame the anger against Pao and Reddit by answering user questions and complaints. Even Pao herself used the site thank her former employees and co-workers while also decrying the vile comments about her race and gender many users spewed in her direction.

Few of Reddit’s people, however, were as revealing as Yishan Wong, the former Reddit CEO who retired last fall after being “completely worn out” by the job.

Since Friday, Wong has prodded conspiracy theorists along by accusing Alexis Ohanian of using Pao as the face of the crisis. After the banning of certain hateful subreddits—but especially after the sudden removal of Taylor—redditors waged a massive campaign against Pao, flooding the site with images depicting her as Hitler and Mao Tse-tung. The outrage peaked in a Change.org petition that demanded her removal from Reddit. It collected over 200,000 signatures.

This is a strange reaction from users when most of the decisions redditors blamed her for were actually made by Ohanian. In the wake of Pao leaving, Ohanian and Huffman have taken ownership of the new harassment policies, the banning of r/FatPeopleHate, and firing Taylor—stating clearly they won’t reverse most of the changes for which Pao has taken the blame. Yishan Wong noted this disparity, alleging on Reddit that Ohanian “just sat back and let [Pao] take the heat. That’s a stunning lack of leadership and an incredibly shitty thing to do.”

One of the factors that has made the recent upheaval at Reddit so interesting is how much of the company’s corporate bickering has taken place in public.

This is a story all too common among female executives like Pao. When an organization is in crisis, female leaders may be brought in to make unpopular decisions in the face of impossible standards, all to only be removed and replaced with another male CEO. The phenomenon, known as the “Glass Cliff,” first came to light in 2005 when British researchers found corporations who appointed female CEOs were more likely to have experienced turbulence and uncertainty in the months before the promotion.

In fact, many of the most famous female executives of the last two decades seem to be products of the glass cliff. Former CEO of Hewlett-Packard (and current Republican presidential candidate) Carly Fiorina was brought into her position after HP faced mounting losses after many of its dot-com enterprises failed, leading Fiorina to make massive layoffs that caused HP’s stock to dive to historic lows.

After recalling 30 million vehicles—a necessary move after faulty ignition switches led to at least 51 deaths—General Motors appointed Mary Barra, who then was forced to testify in front of Congress about her predecessor’s mistakes. Marissa Mayer, frequently cited as the most powerful female CEO under 40, was handed a struggling search and email client and has been tasked with turning it into a media titan. After a decade of irrelevance in the shadow of Google, Yahoo’s board have essentially asked Mayer to make them relevant again after previous (male) CEOs allowed the company to fall behind.

The story Yishan Wong alleges about Ellen Pao’s place in Reddit’s culture would seem to make her case fit right alongside that of Fiorina, Barra, and Mayer. According to a rather coy Reddit post by Wong—answering the question “What’s the best long con you’ve ever pulled?”—the original founders of Reddit have led a decade-long conspiracy to take back ownership of the site from publisher Conde Nast, which acquired Reddit in 2006.

According to Wong, Alexis Ohanian and fundraiser/board member Sam Altman forced Reddit to hire “a young up-and-coming technology manager with social media credentials.” Ohanian selected Pao, a former executive for venture capitalists firm Kleiner Perkins and news app Flipboard, and Wong states that he outright “[rejected] all other candidates except this one.”

Once Pao was in place, Wong reports that Ohanian set up “a series of otherwise-improbable leadership crises” to make Pao seem way over her head in handling Reddit’s community, only to recently replace her with co-founder Steve Huffman. Combined with several successful fundraising rounds, Wong further suggests that Pao’s resignation was all part a plan by Reddit’s founders to put themselves back in control of the empire.

If Mike Judge is looking for plot ideas for Silicon Valley, he should look no further. Wong’s story would imply Pao, like many other women atop the glass cliff, was simply a sacrifice for the company’s male leaders to benefit their own interests while avoiding any of the blame for the changes in policy and staff that riled up the user base. In Wong’s version of events, the users that provoked Pao to “doubt humanity” largely acted like Ohanian’s lapdogs, fueling the crises that would force her out and allow Reddit’s founders to resume control.

Many of the most famous female executives of the last two decades seem to be products of the “glass cliff.”

Why female executives like Pao or Mayer take such precarious jobs is a matter of much speculation. The coiners of the term “glass cliff,” Michelle Ryan and Alex Haslam, first postulated that male executives have the connections and information to be wary of potentially disastrous positions. Professional women, says Haslam, “do not have access to the high-quality information and support that might warn them off” because of entrenched corporate bias.

Last year, two Utah State University researchers theorized that women and minorities were more likely to take leadership positions at troubled companies because they might view it as “their only chance” to climb to the highest rung of the corporate ladder. Male CEOs have more options and can, thus, turn down such problematic positions.

But unlike most examples of the glass cliff, the “CEO of Reddit” was still an enviable position when Pao accepted it last fall. Even amid several high-profile controversies, Reddit has seen record growth in the last few years—and has attracted the attention of major venture capitalists from across Silicon Valley. It’s the 10th most-visited site on the Internet, boasting over 36 million active users.

Looking solely at the numbers, Reddit seems like a natural fit for a young CEO with the experience and knowledge base necessary to impress investors and help grow the company beyond its reputation and into a profitable business.

If Yishan Wong is to be believed, the biggest threat to Pao was actually the culture of Reddit’s founders, a boys’ club desperate to reclaim independence from their old media overlords. Wong’s statements should obviously be taken with a grain of salt; he clearly shows a distaste for Ohanian’s management style, and other than his own testimony, proof of a conspiracy among Reddit’s founders is nil.

What is clear, however, is that like many women before her, Pao was tasked with finding solutions to difficult problems only for the men around her to avoid being blamed for them. While it stood to reason Pao would be targeted by the adolescents on the site, she probably would’ve appreciated a warning about the ones in the board room.

Photo via Christopher.Michel/Flickr (CC BY 2.0)