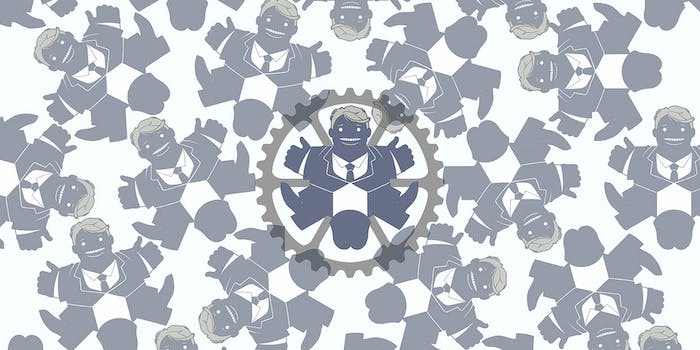 The problem is with a palpable lack of creativity—and perhaps even effort.

Digital publications have become so obsessed with creating content “Worth Sharing” they’ve forgotten about writing stories that are worth reading.

Let’s look at some relatively recent headlines. We’ll make a game of it. I’ll list them off, and you see if you can guess what site they come from:

2) The Most 90s Things That Could Ever Exist

5) 29 Times Community Was the Funniest Show on TV

7) The 11 Strangest Things People Ask For on a Plane

The first one is from Jezebel. The second and fourth are from The Atlantic. Three is from Slate. Five is from Vox. Six is from Salon. Seven is from Yahoo, and eight is from Gizmodo. That’s seven different websites represented in the above list, but all the headlines read like they could’ve come from the same viral content mill.

The BuzzFeedification of the Internet has been a hotly discussed topic as of late, with Facebook‘s product director Mike Hudack blasting the media for a perceived lack of quality and originality.

“And so we turn to the Internet for our salvation,” Hudack said on his Facebook page. “We could have gotten it in The Huffington Post but we didn’t. We could have gotten it in BuzzFeed, but it turns out that BuzzFeed’s homepage is like CNN‘s but only more so. Listicles of ’28 young couples you know’ replace the kidnapped white girl. Same thing, different demographics.” Hudack continued his rant, calling out VICE, Ezra Klein, and Vox. He ultimately concluded that instead of writing substantive articles, the media was aspiring to “write stupid stories about how you should wash your jeans instead of freezing them.” He ended the rant by claiming “someone should fix this shit.”

Members of the media were more than happy to alert Hudack that it was Facebook itself that caused these problems.

Gawker‘s Sam Biddle stated “nothing is going to get even the slightest bit better until we know more about how the News Feed algorithm works, and (I hope) that algorithm changes. Until then, it’s just going to be wave after wave of aping BuzzFeed.”

Vox‘s Matthew Yglesias was just as direct. “If Facebook executives don’t like a world in which those are the kinds of stories people read they should do something about it,” he wrote in a rebuttal to Hudack. “Until then we in the media are going to keep doing what we’ve always done—try to publish a balanced mix of content that appeals to a range of people and sensibilities and hits different kinds of notes.”

The balanced mix Yglesias speaks of is disappearing. The media’s “balance” between substance and sharebait skews in favor of the latter every time a user shares a quiz and likes a listicle.

As Derek Thompson of The Atlantic noted, there is a marked “clustering effect around news tropes, and this clustering is making news organizations more like each other.” Technology is the culprit, according to Thompson. “The better publishers can see what audiences are reading, the more they will be inclined to quickly serve up duplicates of the most popular stuff,” he wrote. “Even within hard news stories, we see clustering around headline tropes (‘You Won’t Believe,’ ‘…in 1 Graph,’ ‘X-Number Things You Y-Verb’) across many different sites that should ostensibly be serving different audiences.”

Obviously, some level of similarity is expected. When a massive news story happens, most content sites will write about it. When a mega-viral video or new, unstoppable meme emerges from the Internet’s depths, most content sites will write about it. Digital publishers are taking content from both ends of the spectrum to achieve as much social action as possible—from the viral garbage to the news stories too important to not at least mention.

However, they’re dipping their pens less and less into the ambiguous grey area between the wretched and the relevant. It’s material from that area that makes a site unique. Slate might write about one thing. Salon might write about something else. The Atlantic and The Week will write about other topics too.

But why gamble on topics that might not move the needle? After all, content creators (“editorial fellows”/”recruits”/”producers”) are in vogue, not writers. And it’s beneficial to design nearly every post for the Bored Office Worker demographic—the kind of people who delight in sharing quiz results about what kind of bottle cap they are, love cliched image macros, worship lists, and only share news if it’s about the San Francisco Bat Kid or an elevator fight between Jay-Z and Solange.

For proof, check out the most viral stories of 2013. The handful of breaking news stories and truly informative, substantive works of writing are scarce. The few that go viral are naught but islands in a Facebook-driven sea. And the problem is bigger than just every site doing lists (which are fine when done well). The problem is with a palpable lack of creativity—and perhaps even effort.

The CIA joined Twitter recently. Their first tweet was an inept attempt at a joke. The Awl’s Choire Sicha  had a perfect reply to the media’s CIA-related efforts:

Dozens of different websites with different editorial missions (so they say) and audiences all wrote about the exact same thing with very similar headlines.

Another example: A video of a bike-rider getting mugged while he had a camera on his head surfaced not too long ago. Because it had potential to be a viral hit on Facebook, the media raced to make posts about it—even sites that typically don’t tread in general purpose, viral fare. Let’s look at a few of the headlines:

There were several other websites that posted the video. Hilariously, Deadspin cited all of them at the bottom of their own article as the source.

Every site is posting the hottest new video. Every site is doing lists. Every site is writing generic outrage articles (or worse: smarmy, “In defense of” articles ) about the flavor of the minute—whether it’s the rape scene in Game of Thrones, George Will, or what have you. Every site is reviewing The Fault in Our Stars. Occasionally, masterpieces like Ta-Nehisi Coates’ The Case for Reparations or something lighthearted but brilliantly done like Chris Plante’s Street Fighter: The Movie – What Went Wrong might pop up—and even BuzzFeed can do a great long-form piece when they try.

But that’s just it, there’s no incentive to try. Likes breed laziness. Why should a site bust its balls and budget producing exemplary pieces of writing when posting the same, tired, gimmicky viral content will guarantee the good times will never end? There’s every reason to lower the bar, and no reason to raise it. That’s why the content business is where it is. The truly remarkable writing is being carted off into high-brow ghettos like Byliner that can’t even afford to keep an editorial staff together, not to mention the New York Times’ well-publicized financial troubles.