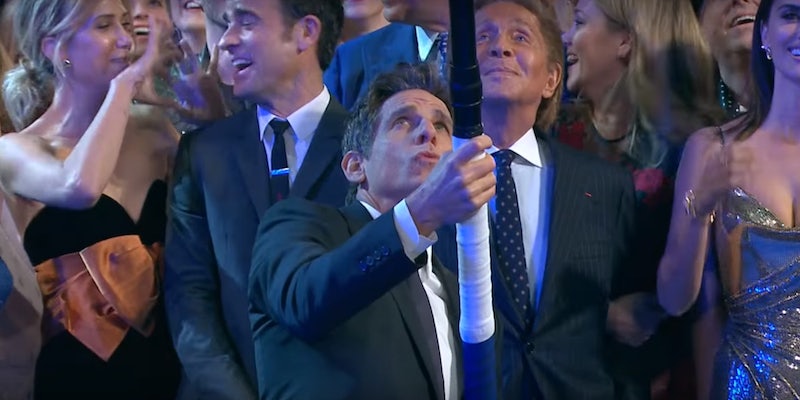 In the 15 years between Zoolander and Zoolander 2, the iconic (and fictional) male model Derek Zoolander has discovered a new favorite accessory: the selfie stick. For a guy whose entire career is about being ridiculously good-looking, it’s probably the most important tech development of the past decade.

For the Zoolander 2 premiere in London this week, Ben Stiller broke the world record for longest selfie stick. This meant wielding an 8.56 meter (28 foot) apparatus with a working cell phone at the end, taking a photo his co-stars Owen Wilson, Penelope Cruz, and Will Ferrell, along with members of the crowd below.

We love how seriously Ben Stiller took this extremely important task. His post-selfie interview is a perfect parody of boring post-game interviews with professional athletes.