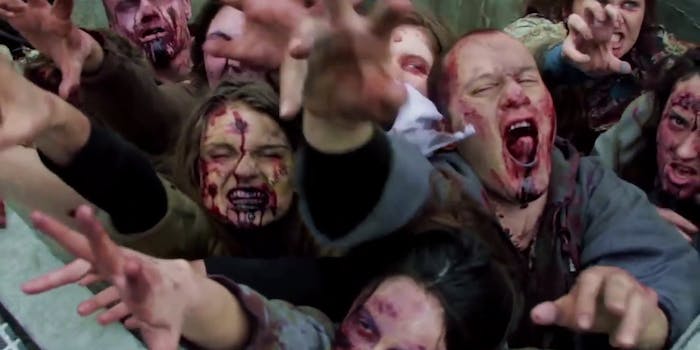 Watch your ankles—AMC is promoting The Walking Dead.

To promote the new season of The Walking Dead, AMC dressed a bunch of actors like zombies ( or “walkers,” in the parlance of the show) and staged them under a sidewalk grate near Union Station. When unsuspecting pedestrians walked by, their legs and ankles were fair game.

Needless to say, the marketing stunt caught people by surprise.

This is just the latest viral promotional exploit to hit YouTube. The telekinetic prank to promote the Carrie remake was seen by almost 54 million while a mechanical baby strolling and terrorizing New York was an elaborate promotion for the horror film Devil’s Due.