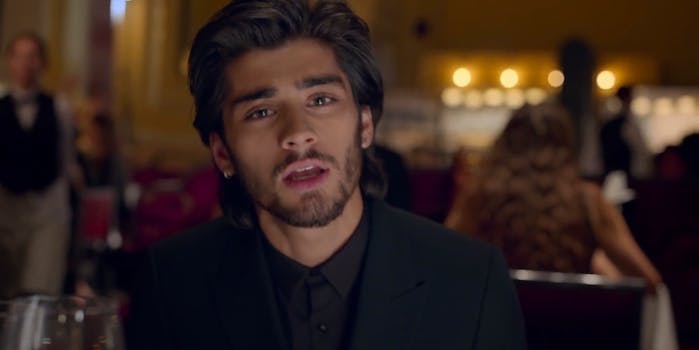 Zayn Malik’s new haircut is causing everyone to lose it

You could say it's a new direction.

Former One Direction member Zayn Malik made his first public appearance at the 2015 Asian Awards since leaving the boy band sporting a new hairstyle—or just a general lack of hair.

Of course, fans have already taken to Twitter to express their feelings about Malik’s transformation. They’re doing everything from trying to analyze if the haircut is symbolic of him breaking free from 1D to making hilarious comparisons to other shaved head icons.

Check out what they’re tweeting about:

I'm so happy zayn is doing him

"HOW TO ROCK EVERY SINGLE HAIRSTYLE"
A BOOK WRITTEN BY ZAYN MALIK pic.twitter.com/714ZXhuaVH

News broke in late March that Malik would be not only quitting the One Direction tour but also leaving the group. Soon after, a demo with Naughty Boy was uploaded to SoundCloud, only to be taken down less than 12 hours after being posted.

With new music and now new hair, it looks like Malik is getting ready for his reinvention.