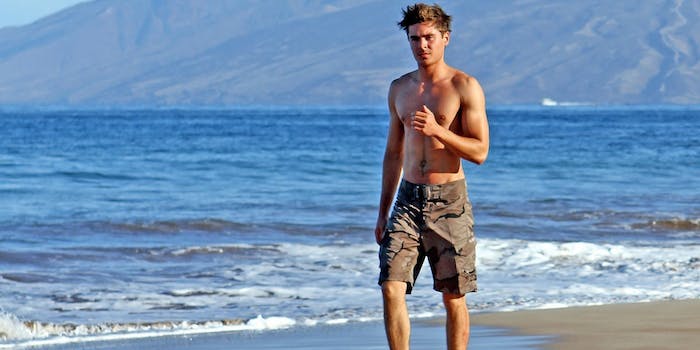 Zac Efron continues to prove that thirst is very real.

Years from now, when anthropologists study our society and the phenomenon of “thirst” that has overtaken the millennial generation, they will trace the outbreak to Zac Efron. The hysterical cries of “I literally can’t” will be documented as coming from the mouths of those watching videos of Efron dancing.

His dance moves, now more Magic Mike than High School Musical, aren’t just for show; they’re part of the gross domestic product. It was only a few months ago he was giving lap dances to the cast of Workaholics to promote his new film Neighbors—a stunt that worked, with the film raking in a domestic total of almost $150 million.


May the bounty that is Efron dancing to popular hip-hop on Instagram never end.