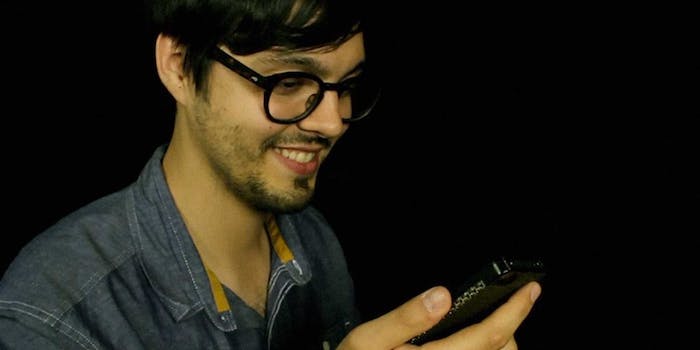 If you’re still questioning whether or not you’re a human, the latest level of the human test can help you. This time, the vague questions cover love and how we handle human interaction at different stages of romance.

An older man is challenged to a dance-off by a much younger guy after he’s seen dancing at the Emirates Stadium, and what follows is a generational smackdown.

It’s easy to start dancing to “Get Lucky.” And in this synced supercut, your favorite pop culture touchstones combine on the dance floor for Daft Punk’s new single.

It must be nap time. A young child starts driving in circles in his toy jeep as he nods in and out of consciousness. Surprisingly, he manages not to crash into anything and is hardly aware of his surroundings.

An art teacher (voiced by a child) is teaching a student how to make a rainbow, and although he hasn’t seen one before, he knows how to draw one. There are a lot of colors, it can be difficult to paint in-between the lines, and there’s some trouble in trying to erase paint.