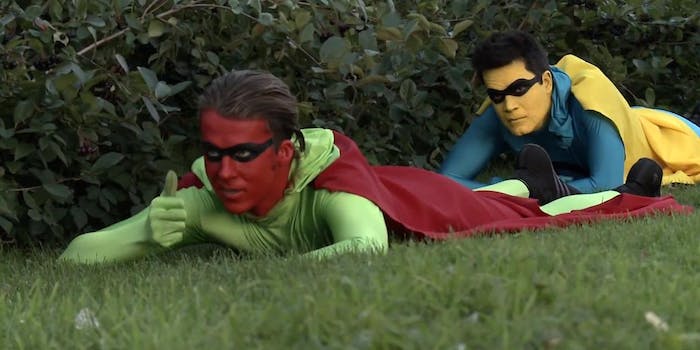 There’s more to Ylvis than one viral video

By now, you probably know what the fox says. But the story of the Norwegian comedy duo Ylvis doesn’t start at dingeringeding.

By now, you probably know what the fox says. But the story of the Norwegian comedy duo Ylvis doesn’t start at dingeringeding.

Brothers Bård and Vegard Ylvisåker host a talk show in Norway called I kveld med Ylvis (Tonight with Ylvis). They created the famous song about animal sounds to celebrate the show’s third season, but they gained worldwide fame when the music video went viral.

Here’s a look back at five of the brothers’ lesser-known YouTube moments.

Since 2000 Bård and Vegard have contributed to sketch comedy shows, hosted radio and TV shows, and performed several stage tours. Though they mainly perform on stage in Dutch, their physical comedy transcends language barriers.

And they can be funny in many other languages, including Spanish, Chinese, and Donald Duck.

They have a way with celebrities, Norwegian and otherwise. Here is a clip from I kveld med Ylvis with Norwegian comedian David Batra in which the three dress up as superheroes and “help” unsuspecting passersby cross busy streets.

And here is Vegard joking on stage with Josh Groban after a performance in Oslo, Norway.

When it comes to their music videos, there’s a reason they’re often called “The Lonely Island of Norway.” In “The Cabin,” they do the slow-jam-about-ridiculous-things shtick almost as well as Andy Samberg and Justin Timberlake do.

And last but far from least, a bonus track, just in case you forgot: