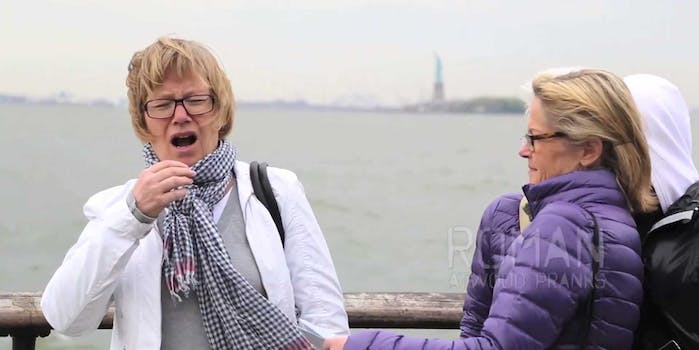 Watch new bike tricks, contagious pranks, a shot-for-shot remake of Back to the Future, and more.

Using the idea that “yawning is contagious,” Roman Atwood unleashes his sneakiest prank yet. He travels to different landmarks around the world and starts yawning just to see whether the people near him start yawning in return.

Donald Faison played a doctor on TV for nine seasons, and now he’s put to the test by Paul F. Tompkins to guess the names of common ailments after being given the technical names of the diseases.

3) CineFix, “Back to the Future – Clock Tower Scene – Homemade”

One of the most iconic scenes in the Back to the Future trilogy is recreated shot-for-shot as toy cars, action figures, and an a cappella score, so Marty can get back to 1985 in the DeLorean.

BMX rider Tim Knoll shows off his newest batch of tricks to try on your bike. None of them are practical, but he pulls them off and makes them look as simple as pedaling forward.

5) Tommy Edison, “What Sounds Good To A Blind Person”

Tommy Edison, who’s been blind since birth, is often asked about sound. He describes his favorite sounds such as thunder, steak sizzle, and a police siren with an imaginative amount of detail.