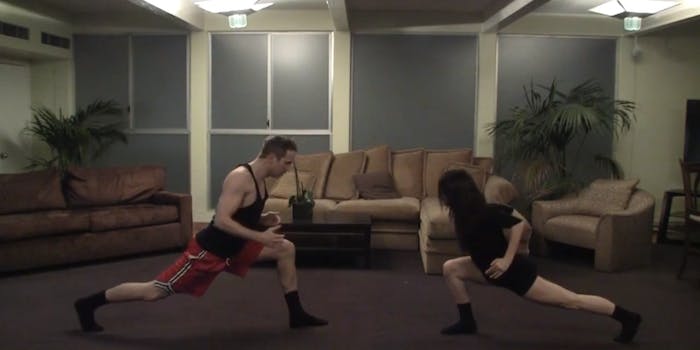 Years of training, condensed into one video. You're welcome.

You’re now only 15 steps away from fulfilling your contemporary dancing dreams.

Contemporary Eric (aka Robert Hoffman) and his assistant Bich (Krystal Ellsworth) want to pass on their knowledge of how to portray emotion in their dancing.

You can put these moves in any order, as seen on So You Think You Can Dance, and just as easily pull off an emotional performance.

However, it’s no ordinary tutorial. For one, you won’t see names like “I just came out of a well” or “the blind man” in a traditional dance class, and many of the moves are downright ridiculous.

But, true to his word, when put together with music, it’s really something else.