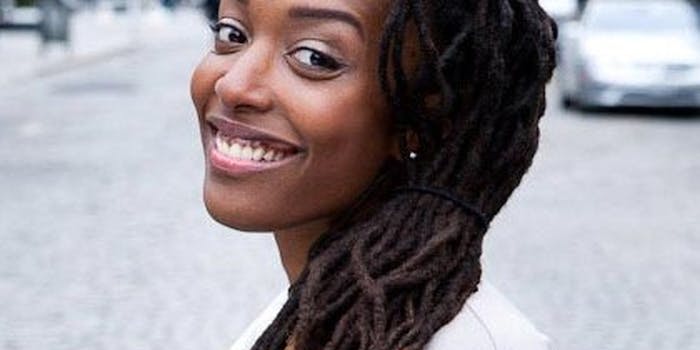 Everybody on YouTube seemed to love the new girl, Franchesca Ramsey, except for one person—with a frightening identity.

In September 2008, a little-known vlogger named Franchesca Ramsey won a YouTube contest awarding her the chance to fly to Los Angeles and interview Hollywood stars on the Emmy Awards’ red carpet.

The opportunity was huge. Ramsey had been making YouTube videos for 16 months and acquired a small but energetic fanbase, but she’d hardly grown into a star. Ramsey, who is African-American, often spoke about her hair, natural dreadlocks she’d been growing out for years. Many of her videos didn’t even run advertisements. Some, like a June 2007 video of Franchesca playing with her dachshund, topped out at a little more than 3,000 views.

Winning the Red Carpet Reporter contest meant Ramsey’s celebrity interviews would land on YouTube’s homepage. That used to mean something. Before the site’s redesign and investment in “original content,” everybody with a YouTube account would start on the company’s homepage. Featured videos would instantly receive a pipeline into a massive new audience. In short, getting on YouTube’s homepage was like winning the YouTube lottery.

For Ramsey, her ensuing placement on the YouTube homepage meant that she’d experience a legitimate influx of video views and channel subscribers. The new fans largely loved her—her style and effusive personality. They loved how comfortable she looked interviewing Survivor‘s Jeff Probst and her strong approach and personality.

“You were chatting it up with all the stars,” one commenter wrote on a video that finds Ramsey hobnobbing with Vanessa Williams. “I’m so proud of you and I don’t even know you. LOL. You’re awesome, for realz.”

Everybody loved new girl Franchesca Ramsey, except for one person—with a frightening identity.

Nobody knows who ItRubsTheLotion is, but anybody moderately versed in cinema knows where the name comes from: The Silence of the Lambs‘ Buffalo Bill, a crazed serial killer who skins his female victims’ corpses and then wears their epidermises like a robe.

Ramsey had never seen this person comment on her videos at any point in her first 16 months on the site. After the Red Carpet sessions, ItRubsTheLotion started to show up.

“He was saying very thinly veiled racist things,” Ramsey told the Daily Dot. “They weren’t necessarily nasty in that outright sense. They’d say things about my appearance or my weight.”

The comments also arrived with a religious tilt and were deeply rooted in white-supremacy racism.

Ramsey’s initial reaction was to speak candidly with the commenter. She’s an extroverted person with a kind demeanor and open mind; she wanted to know what would drive a person to be so cruel.

Ramsey’s efforts didn’t go unnoticed, but they were also entirely ineffective. ItRubsTheLotion would only use her inquiries to be more overtly racist.

Eventually, Ramsey decided to block the name, but that would only dull the bleeding. ItRubsTheLotion2 was the next to arrive, then ItRubsTheLotion3, then LotionRubber and LotionFan. The troll would employ a variation of the infamous Lambs line and would always produce the same results. It happened again and again, repeating like an animated GIF.

“N***er, N***er, praise Jesus! Hallelujah!” “You’re a disgrace to black people worldwide. Your ancestors must be rolling in their graves.” 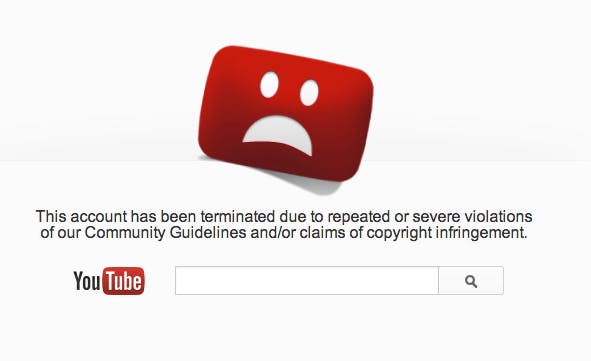 You don’t need to be a sanitary engineer to know that the written responses to most YouTube videos are the Internet equivalent of a cesspool.

Nestled at the bottom of all videos, YouTube’s comment system is where intelligent discourse and conversation goes to die. Communication is littered with racism, sexism, illegibilities, and text that makes spam read like Faulkner.

The site has actually made a significant effort to clean the area up in the past few months, pushing a more concrete identity system that dovetails with Google+ so that individuals can’t leave comments anonymously, but the trash and filth remains. Just because you can’t go in anonymously doesn’t mean you have to give the site anything that resembles your real name.

Like Ramsey, minorities of every color and gender have been conditioned to ignore the large majority of derogatory YouTube comments. Never feed the trolls, they say, and most don’t.

“I still get people throwing racist comments at me like, ‘You need to quit!'” DeStorm Power, the first black YouTuber to reach 1 million subscribers, told the Daily Dot. “But I tend to disregard it. I know that I’m probably living a better lifestyle than them and every generation their family’s had. I don’t care, but it’s there.”

YouTube’s Community Guidelines prohibit hate speech of any kind, be it against race, religion, disability, or gender. Report an individual for racism and they’re likely to have their account blocked or banned. But banning an account can only go so far: As ItRubsTheLotion has made clear, you can always create another.

ItRubsTheLotion used nine names over the first 12 months in which it harassed Franchesca Ramsey. The user checks her comment threads to see which videos she was watching—to see who on YouTube she’d considered a friend—and use that to leave racist comments on videos.

Eventually, Ramsey and her friends figured out a way to play defense.

“We developed a system where we’d let each other know,” she said. “‘He’s back, and this is the name that you need to block.'”

But blocking only went so far. Whoever was behind this operation knew how to maneuver around the Internet and ascertain information. Before long, Ramsey, who at the time was working for a nonprofit organization in Miami, would receive emails on her work address.

“One time our server shut down,” she remembered. “It completely broke off. When our IT guy figured out what was causing the breakdown, he realized that it was a virus that this person had sent to our system.”

Then the stalking started to grow more personal. The user would watch her videos and use context to suggest that he’d been following her in person.

“I saw you in Union Square the other day,” one note read. “You were wearing a red shirt.”

The person would send her emails about her boyfriend (now fiancé), Patrick.

“‘Oh, I found this picture of your boyfriend and your dog,’ he’d write, and it would be a picture of some girl having sex with an animal,” Ramsey recalled.

Ramsey set up filters on her Gmail account to weed out any emails making mention of the N-word or other forms of overt racism. A few would sneak through—ItRubsTheLotion likes to ask her about her fight with AIDS, a disease she does not have—but for the most part, the individual can now only reach her on YouTube, where it’s almost always one-and-done: a comment left, a user blocked, then it’s on to the next one. 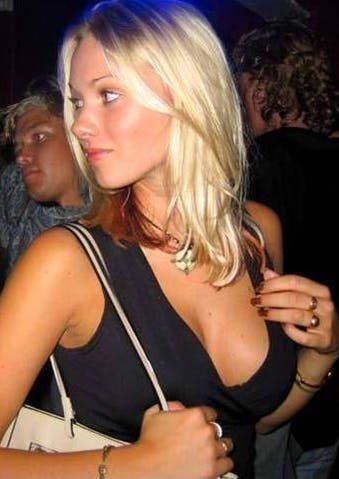 “I don’t understand what is motivating them to do this,” she said. “Even though he changes his name, I know it’s still him. He uses the same icon. It’s this blonde girl’s face [pictured right]. He says things like ‘Francesca wishes she was white’ and ‘You’re a dirty N-word who sleeps with white men.’

“He’s very crafty. The last time I heard from him was maybe two weeks ago. I’d already gotten a heads up from a friend. A lot of time, he goes and hides because of harassment claims from other people. Usually, I think he’s not as aggressive with me because I stopped engaging with him completely.”

The troll is less aggressive, but it’s not altogether absent. In fact, it came around last week to ask that question about what it’s like to live with AIDS—on a video that Ramsey made in Nov. 2011.

“I never thought that my safety was in question, but I was really upset about it,” Ramsey said. “I used to be more open and forthcoming about my relationship and my job and my friends. This was a learning experience that taught me to stop doing that.

Ramsey, perhaps best known for the video “Shit White Girls Say… to Black Girls,” which went gangbusters to the tune of 9 million views, considers herself to have fostered a “really great” relationship with YouTube, and she’s solicited the site for help.

A few months ago, the site’s brass sent a survey to a limited number of partners, asking what kind of improvements they’d like to see on the site.

“One of the things I suggested was the ability to block users by IP address,” Ramsey remembered. “I know it’s possible because people do it with blogs. It’s pretty simple: If an account on an IP address deleted because enough people are complaining, you shouldn’t be able to sign up for a new account at the IP address.”

The other suggestion Ramsey made was one that would limit comments to subscribers only. 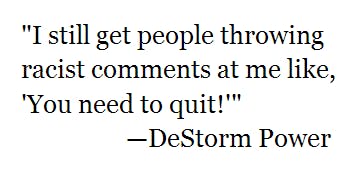 “I know there’s a workaround for that,” she said, “but I think it would help to curb the crazies.”

In the meantime, ItRubsTheLotion beats on under the guise of a like-minded name. This round, the individual goes by It Rubs TheLotion, and it’s done so for two weeks.

You can log on to YouTube to see some of the user’s activity. In the top right corner, a brief biographical description is listed:

“Ingrid has been returned to the jungle. She’s back in her natural habitat. Banned and broken.”

Welcome to the jungle. It’s more than fun and games.