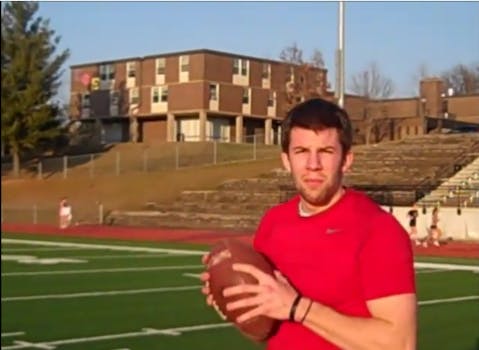 When one door closes, another one opens.

In the homemade video, uploaded in Feb. 2011, Tanney shows impressive accuracy as he throws footballs into trash cans, basketball hoops, and to moving targets from incredible distances. It’s been viewed more than 2.5 million times.

Last month, the Daily Dot reported Tanney landed an invitation to tryout for the Buffalo Bills after turning down an offer to attend the Pittsburgh Steelers rookie camp, but he did not make the team.