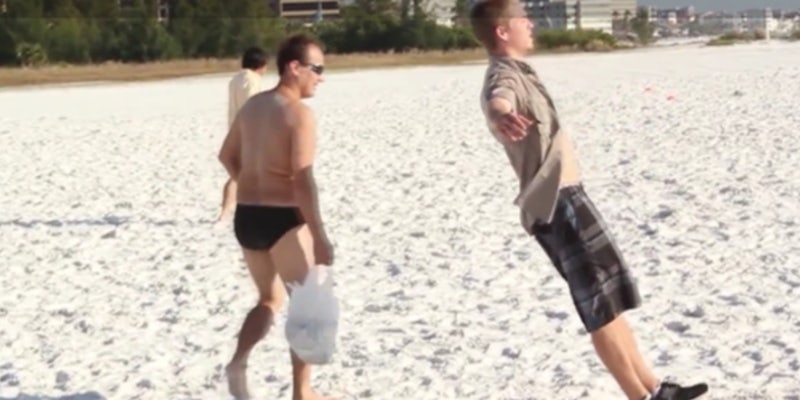 A new site adds an element of surprise to YouTube videos

By stripping videos of all accompanying data, Surprisely is playing with the coveted curiosity gap.

Earlier today, I watched a video called “Mailman Battles Angry Cat While Attempting to Deliver Mail.” I clicked on it quickly, even though I knew exactly what it would be. There was no element of surprise, just a “Heh, cats” under my breath. It left me feeling empty inside. Is this what it’s come to?

A new site called Surprisely is here to combat the YouTube epidemic of explicit video titles. These titles are meant to get clicks, of course, to make it easier for us to sift through the deluge of daily videos by telling us exactly what we’re getting. But what if we knew nothing of the video going in? What if we just had to white-knuckle through the experience?

Surprisely was brainstormed by video artists David Lewandowski (creator of the surreal “Going to the Store” and “Late for Meeting” videos) and Max Lazarov, and works by wiping the titles, ads, views, and the ability to embed and skip ahead from the video. All you have to do is paste a YouTube link into Surprisely’s URL field, and you get a video devoid of any context. So that cat video becomes this. But you always have the option to click on the YouTube logo and watch the real video.

Via email, Lewandowski explained the origin of this idea, which they’ve been tinkering with since 2012:

“I’d seen a great effect with really innocuous video titles not begging for attention and being used for misdirection. I wanted to find a service to strip online video and serve clips anonymously with no accompanying information or ads, and when we couldn’t find one, we made Surprisely.”

By stripping videos of all accompanying—and often distracting—data, Surprisely is playing with the coveted curiosity gap, and the idea of trust, which you must have in the person sending you the link. You’re basically being asked to do a trust fall.

“One of the things we like about Surprisely is that it becomes a trust thing,” Lewandowski says. “Sites like Facebook or Twitter—the person curating the link has given you some cognitive bias before you even click it. …Even on sites like LiveLeak, it’s lacking something raw, which I feel when you click a Surprisely link.”

But do people want to be surprised? Do they want to click on this link and do a trust fall? (Click on it though, it’s really good.)

“I think so,” Lewandowski says. “There’s not really a danger aspect to online video. Personally, a surprise on the Internet feels like a present.”