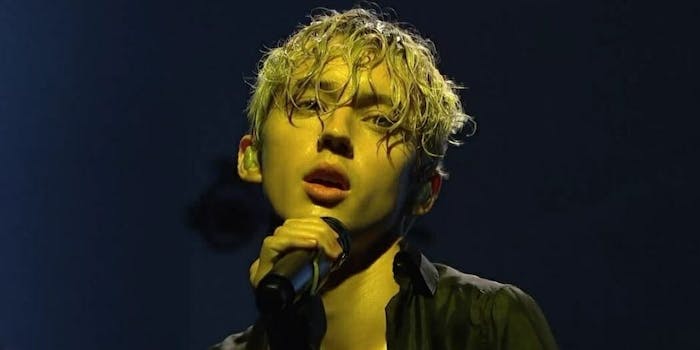 He was energetic. And heartfelt.

Troye Sivan, a YouTube star who got his start in social media but who has since branched out to the pinnacle of pop music, delivered two powerful performances as he made his debut as the musical guest on Saturday Night Live.

Sivan began posting on YouTube in 2007, and he started vlogging with more original material in 2012. Sivan, who has 7.1 million YouTube subscribers spread across two channels, became the second YouTube star to perform as a musician on SNL, following Alessia Cara’s performance last season.

And his performances of “My, My, My” and “The Good Side” were wonderful and heartfelt.

Sivan appeared to have a fantastic time on the show this week, recording this video with Kate McKinnon …

… And playing a tough-guy poker player in a promo with Jessica Chastain and Kenan Thompson.

The Daily Dot wrote in 2015 that Sivan, then 20 years old and now 22, was about to conquer pop music. After watching his performance Saturday, it’s nearly impossible to argue with that premise.