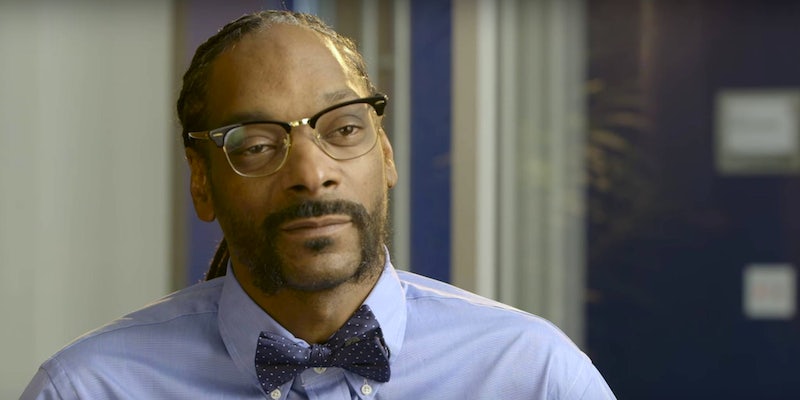 We already know that Snoop Dogg can pretty much improve any video he’s part of, but now Google is finally making a Snoop Dogg YouTube a reality.

For April Fools’ Day, the site released a beta version of SnoopaVision, a new tool that lets you watch any video in 360 degrees with Snoop Dogg by clicking a simple button. Getting Snoop Dogg on board was key to the operation, the YouTube team explained, but he didn’t just record footage to add to the videos. He was also an important member of the team that helped make the beta what it is today.

“We thought his involvement would be limited to a few recording sessions, but somehow, someway he kept coming up with these groundbreaking ideas like every single day,” 360° Product Manager Preeya Khanna says in the announcement video.

SnoopaVision is limited to 10 different videos at the moment but will start to take effect more widely in 2138.

So until then, enjoy the extra Snoop Dogg in your life.