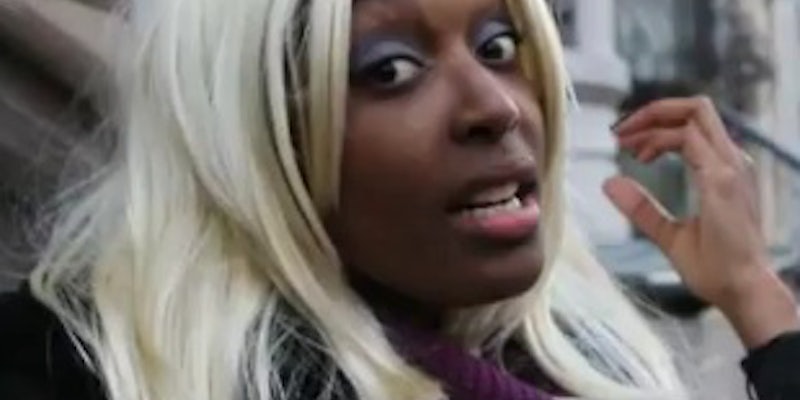 Just when you thought the Shit Girls Say meme had run its course, comedian Franchesca Ramsey provided this funny and thought-provoking video from the perspective of the "token black girl."

After hundreds of videos, you’d think the joke has been beaten to death. It hasn’t.

“Shit White Girls Say …to Black Girls” is not only funny, but manages to provide social commentary on racism that’s still prevalent in the 21st century.

Created by comedian and artist Franchesca Ramsey, who wrote on the Huffington Post today she was the “token black girl” in her group of friends, the two minute video is cheeky but not overly offensive as, say, “Shit Black Girls Say.”

Ramsey explained the purpose of the video was to “make all people laugh while, hopefully, opening some eyes and encouraging some of my white friends and acquaintances to think twice before they treat their black friends and associates like petting zoo animals or expect us to be spokespeople for the entire race.”

Uploaded onto YouTube this morning, the video has already gathered more than 8,000 likes and 2,300 comments (views are frozen due to a YouTube bug), as well as comments from white people being very offended—and racist.

“I don’t understand how or why so many white people are getting offended,”  wrote BellaPanamena in a top comment on YouTube. “Some of them say stupid stuff such as the phrases mentioned in this video. Period. We all know it is true so what’s the problem?”