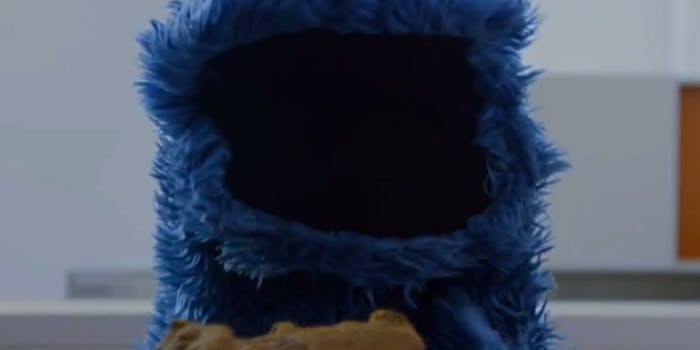 Even the Cookie Monster can’t resist Carly Rae Jensen’s hit single. Plus, meat for breakfast and the science of superheroes.

With over 72 hours of footage uploaded every minute, it’s physically impossible to keep track of the content on YouTube. But in YouTube Guide, the Daily Dot will curate its five favorite finds for each workday.<

Well, you knew this had to happen eventually. The fun-loving bunch at Sesame Street have wrangled the Cookie Monster for this tasty remake of Carly Rae Jensen’s immensely popular “Call Me Maybe.” Sing it with me now: “You, cookie showing. And me, hunger growing. Let’s get skim milk flowing. We’ll start this snack going, baby”

2) asapScience, “The Science of Superheroes—Spiderman”

Spiderman has some pretty sweet superpowers, but how much of Peter Parker’s alter ego is actually possible? This week’s asapScience episode takes an in-depth look at what it would take for a human to obtain any sort of Spidermanr’s characteristics, looking at the DNA exchange process, actin and myosin counts, and the electrostatic ability necessary to climb those tall walls.

Not sure what the Higgs-Boson is because science is boring? What if the elusive particle was explained to you in rap? YouTube musician Andrew Huang hops up on helium (maybe?) before spitting 16 bars on the most celebrated scientific discovery of 2012—all in the span of 60 seconds.

The title sort of says it all. This week, Harley and the boys teach you how to unbalance your breakfast, adding bacon, sausage, and ground beef to each morning’s cereal. “Hitler never ate meat for breakfast,” Harley says. “Since we want to be not Hitler, we start every breakfast with meat.”